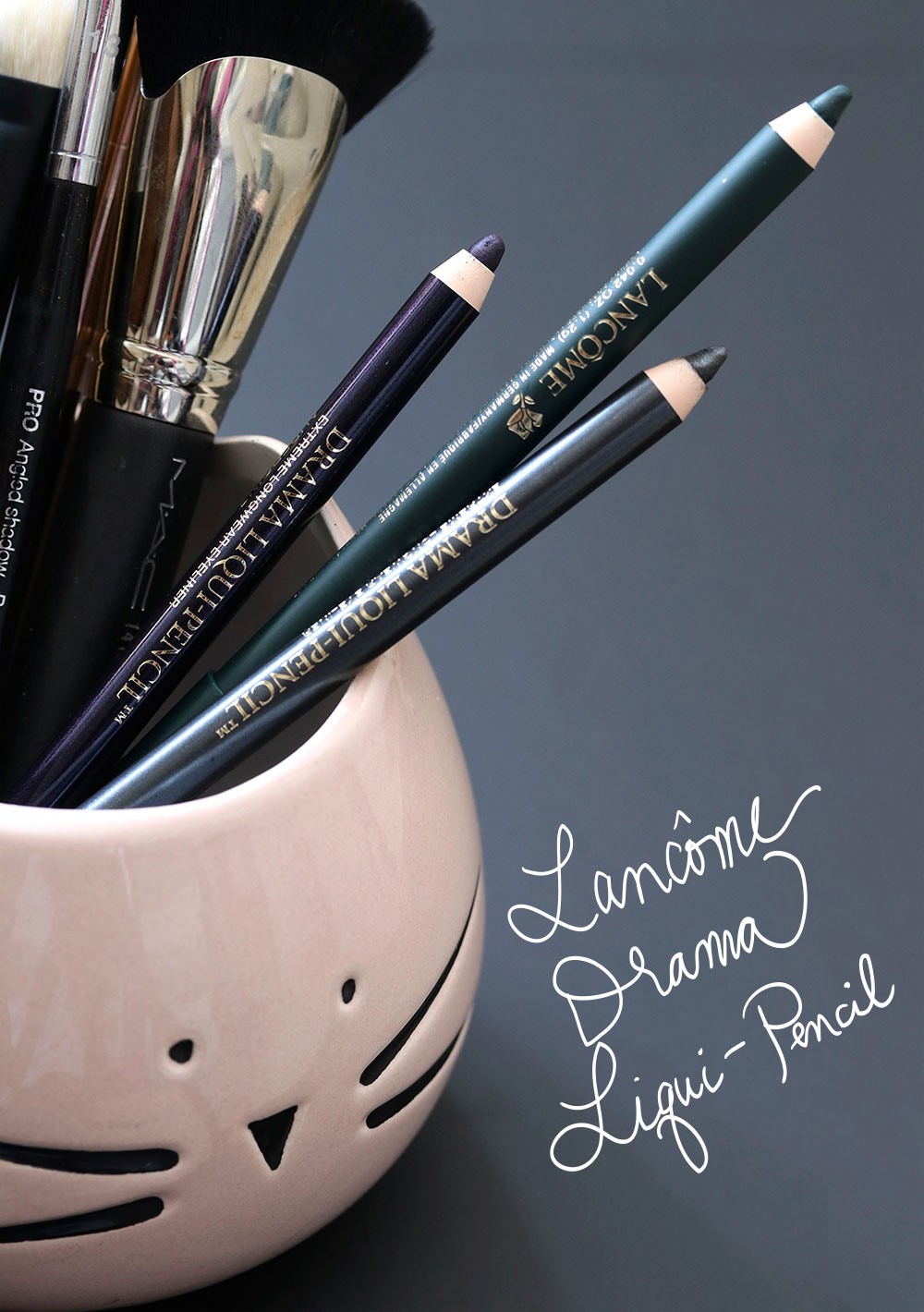 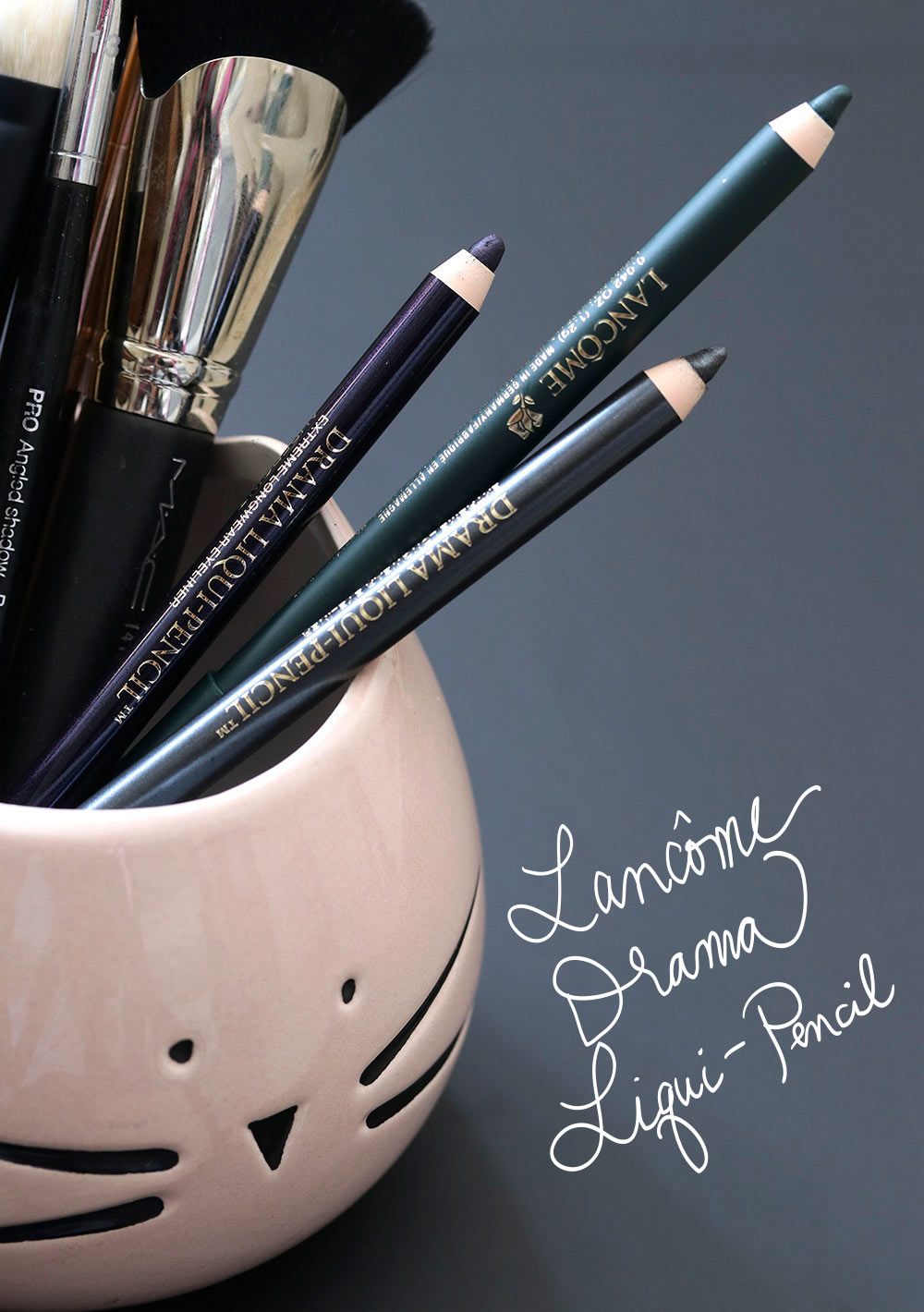 Totally worthy of a sweaty workout.

I climbed a rope suspended from the ceiling yesterday (yes, I did this for fun).

It was hard! But I did it. It was for the HIIT class I take at the gym. We were doing all kinds of different exercises with ropes, and I found out that the trick to the rope climbing is to engage every muscle in your body — your core, your legs, your booty — and not just your upper body and your arms.

Anyway, this story is makeup related, I swear, because while I was trying to get up the aforementioned rope, I was wearing $23 Lancôme Drama Liqui-Pencil Longwear Eyeliner.

I was wearing a couple of the new shades that were released last month — a green shade on one eye (Ponts Des Arts) and a purple (Aubergine) on the other, and, as I was trying to climb this rope, the people in class were giving me helpful advice, but at no point did anyone mention that I was wearing two different colors of liner on my eyes…which leads me to conclude that one is literally able to walk around all day with two different eye makeup looks doing lord knows what, and nobody will ever say anything. 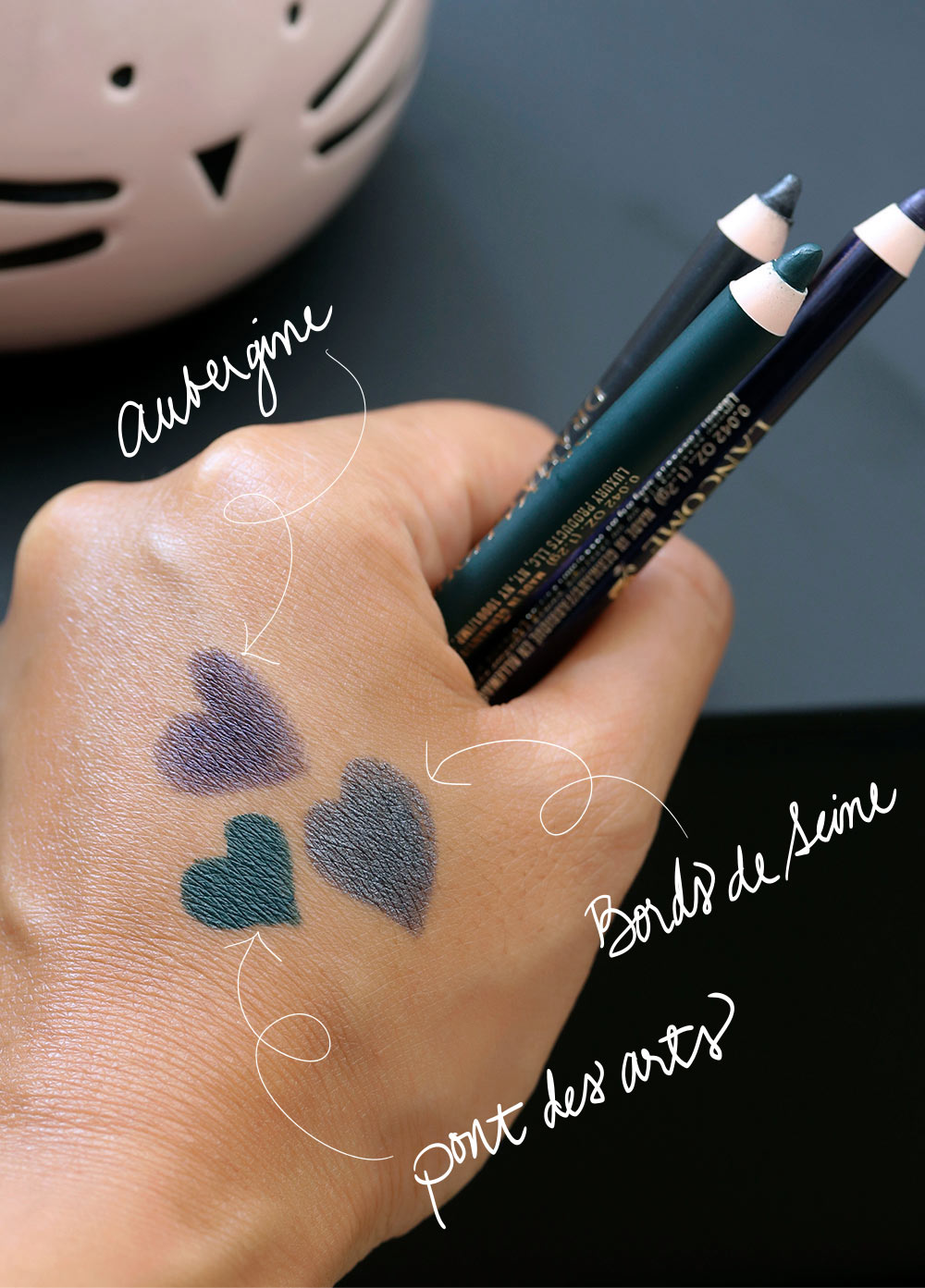 Anyway. Rope climbing: amazing. This pencil liner: also amazing. The Drama Liqui-Pencils are part of Lancôme’s permanent line, and they look like regular pencil liners that you have to sharpen, but they have the intensity of a liquid liner. They’re super soft and glide like a gel liner with that nice, silky slip as you drag the point across your skin.

They’re a snap to apply… Maybe Lancôme should call them “No Drama” Liqui-Pencils instead. HAHA! Jokes. She’s got jokes. ?

Technically, the formula isn’t classified as waterproof, but it might as well be. It’s extremely sturdy. I sweated like a mo-fo in class last night for 60 minutes, and both the green side and the purple side were still going strong at the end of it. From a few feet away, I looked like a regular ol’ (sweaty) girl wearing mis-matched liner, but when I got home and looked at my scary magnifying mirror — which is both your friend and your enemy — I could see that there were a few areas where the line had lifted, so it wasn’t completely intact, but it still looked good overall. No smudging along my lower lash lines or outer corners.

The Lancôme Drama Liqui-Pencils come in a bunch of colors in addition to these, some with a matte and some with a metallic finish, and I can’t wait to try more.

The thing is, and this is VERY important, so I should’ve mentioned it sooner, but you can’t wear these along your water line.

I mean, you could try…but these don’t do sh*t for your water line. They don’t last. As long as you keep them on your lash lines, though, they’re fantastic.

The six new shades are Sephora exclusives, but you can find the existing colors (there are about 20 of them) at all Lancôme counters.