The US needs to borrow almost $300 billion this week 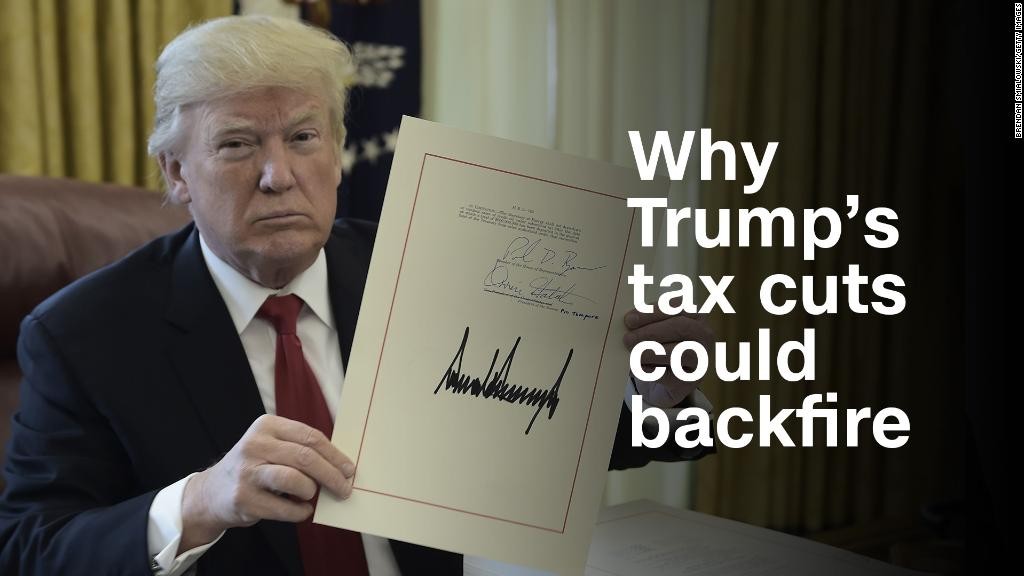 The US needs to borrow almost $300 billion this week

Uncle Sam needs to borrow a ton of money this week — in the middle of a fight with its biggest creditor.

The United States plans to sell about $294 billion of debt, according to the Treasury Department. That’s the highest for a week since the record set during the 2008 financial crisis.

Federal revenue is declining because of President Trump’s tax cuts, so the government needs to borrow more to make ends meet. At the same time, Washington’s borrowing costs have climbed rapidly in recent months.

“The amount of debt coming on the market this week is extremely large,” said Rick Rieder, global chief investment officer of fixed income at BlackRock, the world’s largest asset manager.

The government is auctioning all this short- and longer-term debt at an awkward time. Last week, Trump vowed to impose wide-ranging tariffs on China, which owns of more Treasury bonds than any foreign country.

China responded by saying it would fight any trade war “to the end.” When asked by Bloomberg Television whether China was considering scaling back purchases of US debt, China’s ambassador to the United States said, “We are looking at all options.”

China holds $1.17 trillion of US debt. It trimmed those holdings by 1.4% between December and January, the latest data show.

“We do rely on international investors in Asia for a good deal of our Treasury funding. And that is something a lot of eyes are focused on now,” Rieder said.

After all, one reason Beijing owns so many Treasuries is because of a huge trade surplus: China sells more goods and services to the United States than it buys, and it has to do something with all that cash. China chooses to invest in safe assets, like US debt.

“We pay China in dollars for whatever they import to the US. They could take the dollars and hoard them, but that’s not a particularly economical exercise,” LeBas said.

Washington and Beijing are in talks aimed at reaching a deal that would avert a full-blown trade war. One reason to keep China happy is that Trump needs China and other foreign investors to pay for his tax cuts, which are expected to add more than $1 trillion to the federal deficit over the next decade.

“The amount of debt that has to be issued to fund the tax bill is tremendously high,” said BlackRock’s Rieder.

Borrowing costs on the rise

At the same time, the Federal Reserve has stopped buying US debt as it unwinds a financial crisis-era program that was aimed at keeping borrowing costs low. And investors are growing more worried that inflation will force the Fed to raise short-term interest rates, making all kinds of debt more expensive.

“It’s a tricky dynamic for the markets,” Rieder said.

The United States ran a $215 billion deficit in February, the biggest in six years. The annual budget deficit could exceed $1 trillion as soon as next year, according to the Committee for a Responsible Federal Budget. The fiscal watchdog group recently warned that interest payments on US debt alone could quadruple to $1.05 trillion by 2028 if current policies stay in effect.

Related: Interest payments on US debt could top $1 trillion

Concerns about the gap between US revenue and spending have helped drive up Treasury rates this year, unnerving stock market investors accustomed to low rates. The 10-year Treasury yield spiked from about 2.4% at the beginning of the year to nearly 3% in February. It’s about 2.85% today.

“No one will abandon US Treasuries, but they may demand higher interest rates,” LeBas said. He added that borrowing costs don’t seem “especially problematic” at these levels.

Rieder anticipates borrowing costs for the federal government will keep rising, especially during the second half of 2018. But he expects very strong demand for Treasuries from life insurers and pension funds that cater to aging baby boomers.

“The demand for fixed income assets is tremendous,” Rieder said. “That will put a cap on how high rates go.”