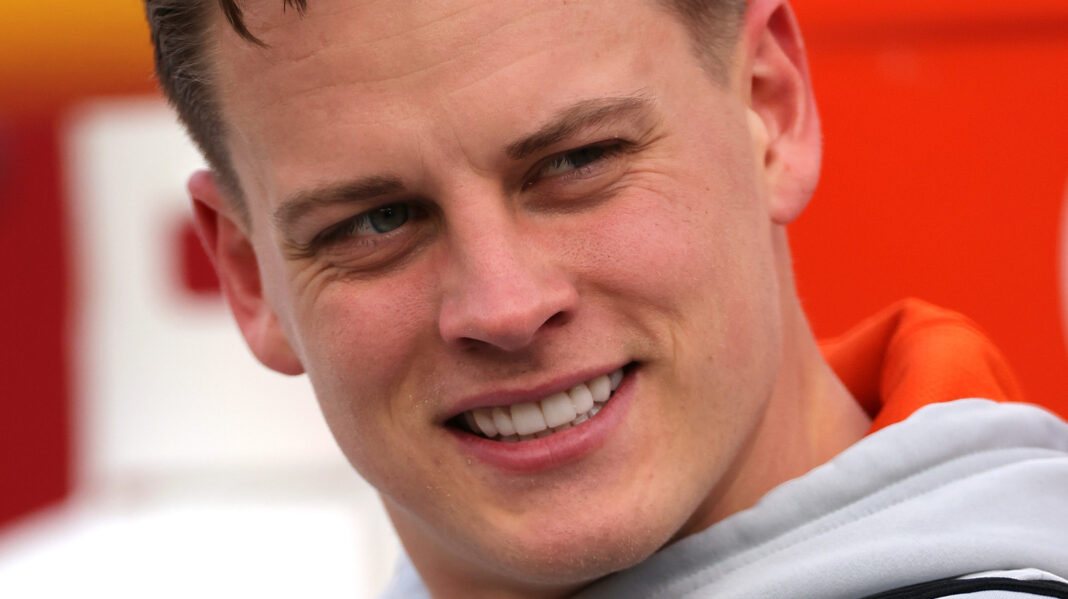 Even when fans weren’t allowed to watch NFL games in person, Olivia Holzmacher showed up to cheer on the Cincinnati Bengals in cardboard form. The team announced in August 2020 that they couldn’t have a crowd at any of their upcoming games due to COVID-19 restrictions introduced in Ohio, Cases had risen, and the Paul Brown Stadium was considered a potential breeding ground for coronavirus infections, although the team promised it would “monitor the situation moving forward and continue exploring whether fans may attend games as the season goes along.”

They had a solution, however: asking fans to pay between $50 and $75 for a cardboard cutout of their face, which could sit in the stadium for them. The earnings would be donated to charities like The Boys & Girls Club and Freestore Foodbank. “If a fan cheer in a crowd and no one is around to hear it, does it make a sound?” Holzmacher quipped on Instagram alongside a picture of her own cutout (as well as those of Burrow’s proud parents), before answering her own question with an emphatic “YES.”

Eventually, the Bengals relaxed their restrictions enough to allow 12,000 fans to support the team from inside the stadium for their few final games of that season, per CNN, even if they had to follow social distancing guidelines.