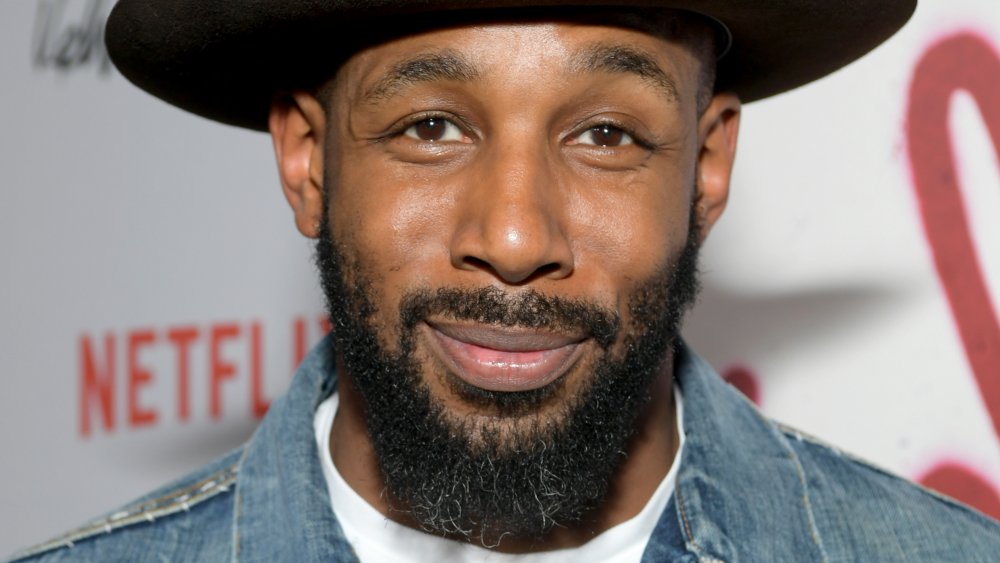 The unsaid truth about Ellen’s DJ, Stephen ‘tWitch’ Boss, Stephen “tWitch” Boss earned his moniker during adolescence, as so many do. See, Boss’ special style of dance is the famous “popping” — jerky, almost robotic movements — so his peers felt “tWitch” seemed appropriate, via NBC. Boss confirmed in an interview with Kam Williams that the nickname went all the way back to his childhood, when he was “always spinning and staying in motion.” Of course, the word twitch doesn’t always have the most flattering connotation, but Boss had no issue dragging it into adulthood. “I don’t mind it at all,” he told Williams, “because it’s a part of my being. It’s become part of my persona when it comes to dancing.”

Yes, Boss dances with a specific flair, but he also claimed the nickname came from his old car. According to Alabama.com, he had an old, mildly reliable Toyota Paseo from the 1990s, which he affectionately called Twitch. In his words, “I took (the name) Twitch when I was about 20 years old because that was when I first started dancing, going places and teaching dance, and a lot of my dance knowledge and a lot of my dance thoughts took place in that car.” Boss said while driving all around Alabama, he’d “choreograph in the car.” Pretty impressive, considering the close quarters inside a vehicle, right?

After his debut on So, You Think You Can Dance, Boss earned a second nickname. According to Reuters, his smile and charming ways led to “Mr. Personality.”