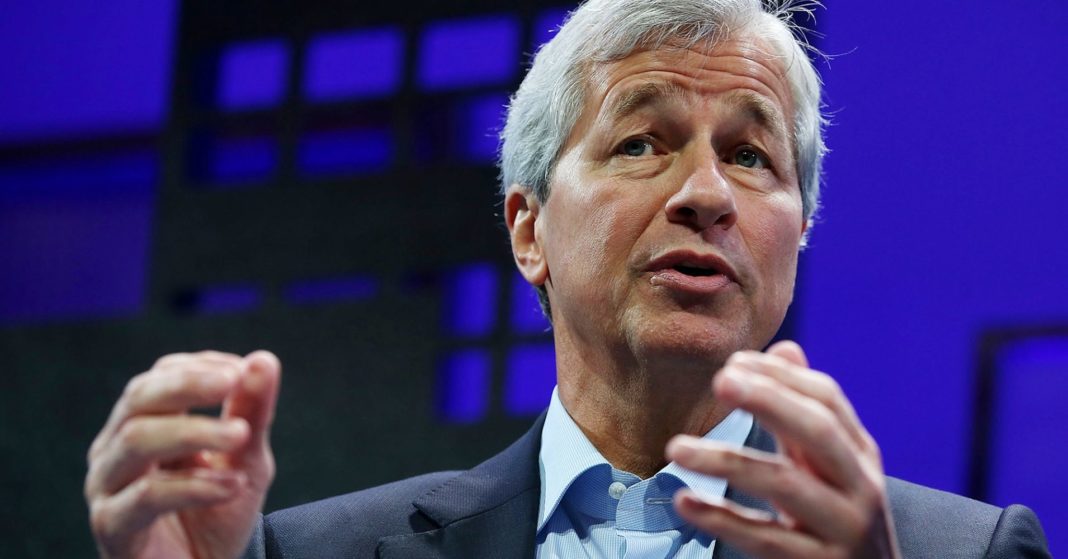 One of Wall Street’s big money-makers has been disappointing for major banks lately.

Trading stocks and bonds on behalf of clients has historically been a cash-cow, especially in choppy markets. But as the top U.S. banks report results from the last quarter of 2018, it’s becoming clear that trading wasn’t a boost to banks’ bottom lines.

While it could be a one-off for what was a dismal December in the markets, analysts say it’s likely to be a theme as companies like Goldman Sachs, Bank of America and Morgan Stanley report later this week.

Investment banks play a major role in the functioning of markets. They take a sell orders, find buyers and profit off of being the middlemen in a variety of securities transactions, including stocks and FICC, the industry acronym for fixed income (bonds), currencies and commodities.

The industry’s revenue from trading is nowhere near the stratospheric heights it hit before the financial crisis. After 2008-2009, regulators took a harder line on bank risk-taking, crimping their ability to trade commodities and forcing Wall Street’s biggest firms out of the business of proprietary trading, or trading for themselves.

Still, last year had been shaping up to be a solid one as the effects of President Trump’s tax cuts kicked in and interest rates slowly began rising after years of being near zero.

December put an end to that, as U.S. stocks posted their worst year in a decade and their worst month since the Great Depression. A big chunk of fourth quarter’ pain came from violent end-of-year trading. It’s something analysts are calling “bad volatility.”

Trading benefits from day-to-day volatility. With prices moving up and down, speculators can bet for or against a variety of assets and make a profit. But traders weren’t viewing December’s sudden moves as an opportunity. Instead, many decided to stay on the sidelines, and trading “volume,” or the amount of shares or contracts trading at any given time, dried up.

Banks that focus on trading bonds such as U.S. Treasurys tend to fare worse in these periods because the business relies on using the firm’s balance sheet, Jeffrey Harte, equity research principal at Sandler O’Neill & Partners, explained. In order to buy or sell bonds for clients, banks often have to step in with their own money and buy and hold the securities first before finding buyers.

It’s easy enough to match buyers and sellers of blue chip company stocks. But bonds aren’t necessarily as quick to trade. As bond yields spiked the fourth quarter, and prices dropped, the value of banks’ holdings got hit. And when traders were paralyzed by uncertainty and sat on the sidelines, banks also lost out on trading fees.

“Even institutional investors weren’t sure what to do in December and sat on their hands instead of trading,” Harte, who covers the top investment banks, told CNBC.

“A lot of the uncertainty really showed up in fixed income markets,” Harte said. “When you get a big surprise move in the Fed funds rate, even speculators and risk-takers say ‘I’m not sure what do here’.”

In the fourth quarter, the bank said fixed-income trading generated$1.86 billion in revenue, compared to the $2.2 billion expected by Wall Street. The amount it made last quarter on debt-trading hit its lowest level since the financial crisis.

Fixed income trading, usually the biggest boost to J. P. Morgan’s markets business, dropped 18 percent in the quarter. In a statement, the bank attributed the drop to “challenging market conditions.”

Regardless of the results, J. P. Morgan CEO Jamie Dimon told analysts on a conference call that he “honestly couldn’t care less” about the “speed bump” in trading.

“We’re not immune from the weather and volumes, volatility, and market prices and assets going up or down,” Dimon said on the call Tuesday.

Other banks likely won’t be immune from the fourth-quarter market shock, either. Goldman Sachs and Bank of America are out with fourth-quarter results before the opening bell Wednesday, while Morgan Stanley reports on Thursday.

Citi, J. P. Morgan and Bank of America have a hand in consumer banking and make money off loans and other banking services. While Goldman has been pushing into consumer banking for the last two years, its Marcus offering has attracted about 2 million customers compared to J. P. Morgan’s retail base of more than 61 million American households as of August, according to CB Insights.

Morgan Stanley, meanwhile, is considered an investment bank that focuses more on equities trading, plus a big wealth management division.

Sandler O’Neill’s Harte also said Goldman and Morgan Stanley “tend to be more exposed in trading in general.” But he said based on the businesses and the mix of fixed-income versus equities trading it’s “hard to say” which bank would fare the worst.

“It does sound like trading revenues across the board are going to be worse than we expected,” Harte said.

Investors are closely watching guidance on 2019 revenue expectations given an anticipated slowdown in U.S. economic growth. While struggles in trading give a sense of a choppy stock market in December, they don’t say much about future performance or the underlying economy. Wells Fargo, which reported Tuesday, US Bancorp and PNC Financial won’t have the same hit from trading and are better bellwethers for the U.S. the consumer.

Mosby, Harte and other bank analysts have said the fourth quarter could have been a one-off event, especially if market uncertainty can be resolved by a truce between the U.S. and China, a solution on Brexit, and solid economic numbers. That would allow “good” volatility to return.

“Banks are looking through this,” Mosby said. “It’s a temporary blip” in a volatile business.