The take-anywhere snack this Victoria’s Secret model swears by 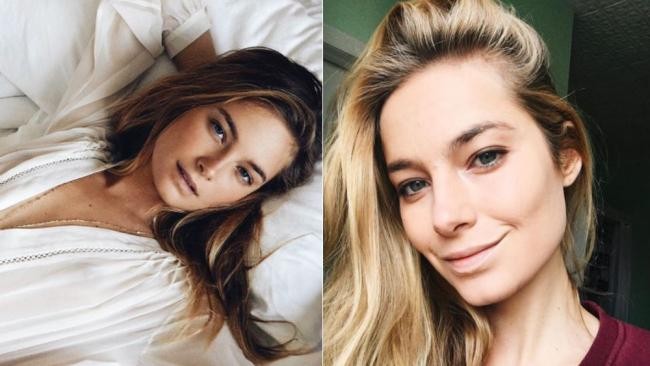 Proving her model physique isn’t without sacrifice, the Australian supermodel, who eats a vegan diet, revealed the plain truth about her daily eating habits in a blog entry yesterday.

It includes snacking on cherry tomatoes, drinking five litres of water a day and eating a meal-replacement shake with a spoon.

“I always carry cherry tomatoes with me,” Malcolm wrote.

“If I am hungry and food is far away, or flying, or in a non-vegan friendly environment, I make sure I have some tomatoes to eat, and a Vega one-meal-replacement shake,” Malcolm wrote.

The 25-year-old, who recently starred in David Jones’ spring-summer 2017 launch in Sydney, fasts for 12 to 14 hours overnight and drinks two litres of water every morning.

For breakfast she has a chocolate-flavoured Vega One meal-replacement shake which she mixes with water and eats with a spoon when she is on the road.

Malcolm eats every three to four hours, focusing on nuts, beans and vegetables, swearing off anything out of a box.

She also blamed a protein-obsessed mindset for rising obesity rates.

“I hate our societies (sic) obsession with protein,” Malcolm wrote.

“With obesity rates skyrocketing, I wonder if people will start to make the connection that getting your protein in is killing them slowly.”

“I do make sure that with each meal I am having a serving of tofu or beans. No steaks here, and I am yet to die of a protein deficiency.”

However, putting minds at ease, Malcolm said she did give in to her cravings.“If I want some vegan ice cream, or sweet potato fries, I go for it. Life is short,” she wrote.

Malcolm has in the past spoken about removing social media apps from her phone and avoiding mirrors for the sake of her mental stability.