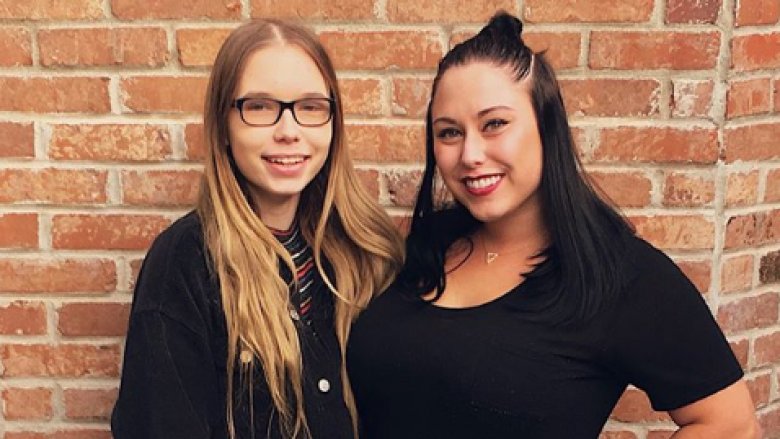 While even casual fans know Hailie through Eminem’s music, Alaina and Whitney are only known to a more exclusive group. One possible reason for this is that their stories are more complex. Alaina (born Amanda) is the daughter of Kim’s twin sister, Dawn Scott. Due to Dawn’s struggles with drugs, Eminem and Kim took Alaina in. “My niece has been a part of my life ever since she was born,” the rapper said in a 2004 Rolling Stone interview. “Me and Kim pretty much had her, she’d live with us wherever we was at.”

After adopting Alaina in 2002, Eminem introduced fans to her in the 2004 song “Mockingbird,” writing, “Lainie — Uncle’s crazy, ain’t he? Yeah, but he loves you, girl, and you better know it.” Later in the song, Eminem would claim her as his daughter by stating, “It’s almost like you’re sisters now. Wow, guess you pretty much are, and Daddy’s still here. Lainie, I’m talking to you too. Daddy’s still here.”

Fans may not have known it back then, but Eminem also cared for another little girl in those years. Whitney Scott was born to Kim in 2002 when she was with Eric Hartter. With Hartter out of the picture and Kim in and out of jail, Eminem raised Whitney too. Through his music, Eminem would introduce the youngest in the Mathers family as Hailie’s “little sister” in 2005’s “When I’m Gone” and by name for the first time in 2009’s “Déjà Vu.”