The real reason you don’t hear from Hagrid anymore 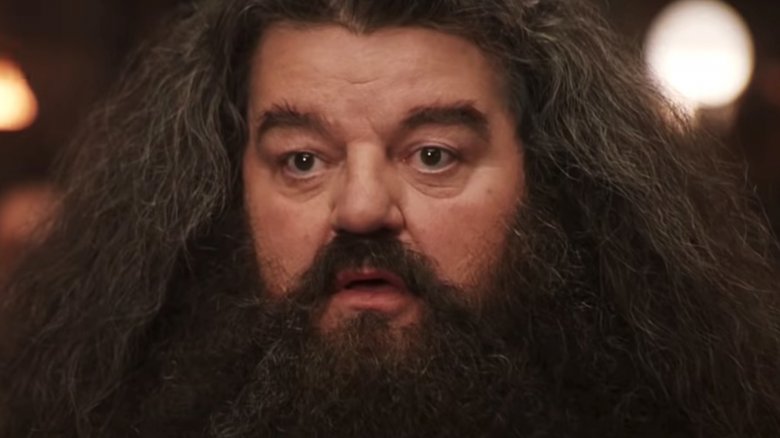 Coltrane temporarily made his way back into the spotlight with National Treasure in 2016. The sex crime drama was inspired by Operation Yewtree, a British police investigation into underage sexual abuse allegations made against the late pop culture icon Jimmy Savile, among others, in 2012. With the Scottish actor leading the series as Paul Finchley, a beloved-turned-disgraced veteran comedian who’s accused of rape, the miniseries’ sensitive material not only marked another notable departure from Hagrid, it also posed the risk of offending audiences.

For his part, Coltrane, who reunited with Harry Potter‘s Dame Julie Walters (Molly Weasley) on the project, believed it was a “really important piece of drama.” As he admitted to the Independent, “A lot of people said, ‘Don’t touch it, Rob. It’s poisonous, it’s not going to do you any good.’ And then I got this script and I thought ‘Oh yes!'” However, of the potential backlash, he told The Guardian, “I don’t care. … Drama has always illuminated what’s actually going on in society, in a way that the news or the internet doesn’t.”

Luckily, the risk more than paid off. Amid the series’ critical acclaim, Coltrane scored a BAFTA nomination for Leading Actor.

Movie: Doctor Strange in the Multiverse of Madness (2022)