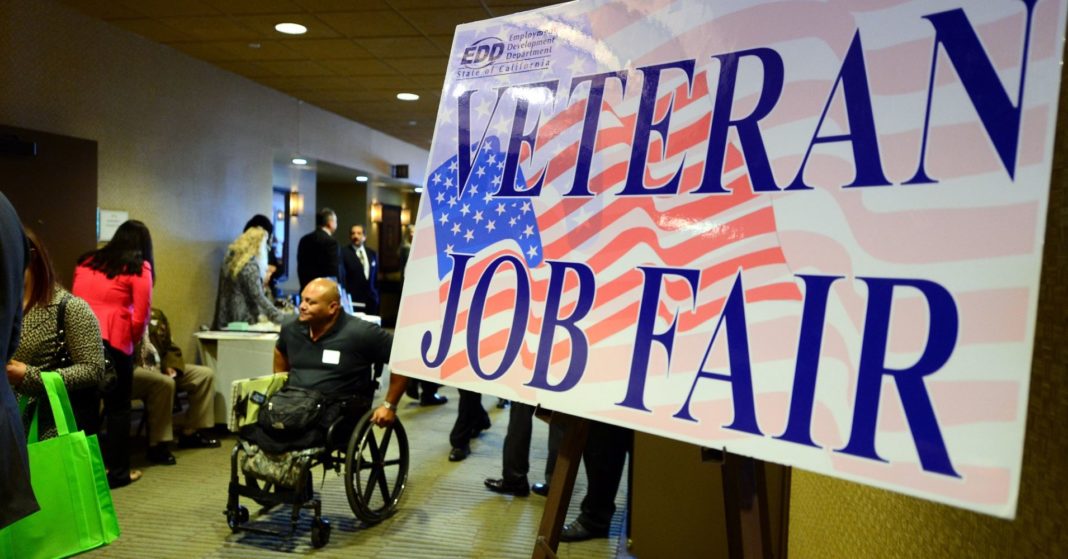 Finding a job often means economic security. But for one military veteran, it also meant saving his life.

While serving as a recruiting officer in New York City, Marine Corps veteran Michael Abrams had the chance to meet and know many military service members. But he told CNBC that one in particular stuck with him. His name was Allen Strifler, an Iwo Jima survivor and former Marine Corps corporal.

Strifler shared with Abrams that he suffered from post-traumatic stress disorder (PTSD), and that the only thing that got him out of bed was when he got a job. Strifler said that working meant “he finally had meaning and purpose in his life,” Abrams recalled to CNBC’s “On the Money” in a recent interview.

That anecdote spurred Abrams to launch his nonprofit, called FourBlock, while pursuing his MBA at New York University.

FourBlock offers veterans a free semester-long, university accredited course in nearly 20 cities across the country, with plans to expand to three more. The curriculum, developed in partnership with Columbia University, helps veterans translate their military skills into career opportunities.

Each week, veterans have online lessons, in-person lectures and visits with different businesses to hear from senior executives. Some of the companies that participate include Amazon, Deloitte, Facebook, and JPMorgan.

Abrams said the career transition program is aimed at vets “to help get them employed with a purpose sooner, so they don’t fall down a downward spiral.”

Each year, approximately 250,000 service members transition from active duty and enter a job market that’s quite different from what they are used to in the military.

Overall veteran unemployment reached 2.9 percent in October 2018, and 3.1 percent for post September 11 veterans, according to Bureau of Labor Statistics data.

While those numbers seems low, FourBlock says that nearly 50 percent of veterans leave their first post-military job within the first year, a symptom of the challenges vets face when returning to the civilan workforce. Abrams said veterans may experience the feeling of “underemployment,” which happens when a job occupant feel overqualified or underutilized for a specific job.

“I always preach to vets that they will have to take a few steps back professionally after leaving the service, and beginning a new career, so that they can learn their new trade and corporate culture,” Abrams told CNBC.

The FourBlock founder explained that veterans need to figure out that they want to do, and must adapt to the corporate culture of their respective jobs.

The corporate world however is much more geared toward the individual rather than the team, and Abrams argued that “it’s a difficult transition for some to make.” In the corporate world, “it’s rare to have a corporate person sacrifice a bonus or their own performance to help someone who’s not doing what you need them to do,” he explained.

However, he added that the idea of teamwork shouldn’t be looked at as a negative. It’s something that “service members can certainly bring to corporate America is that notion, is that selfless service, is that attitude of teamwork.”

Veterans also have access to a free online course called “Finding Your Calling,” which is launching on November 14th in collaboration with Columbia University’s Center for Veteran Transition and Integration and T-Mobile.