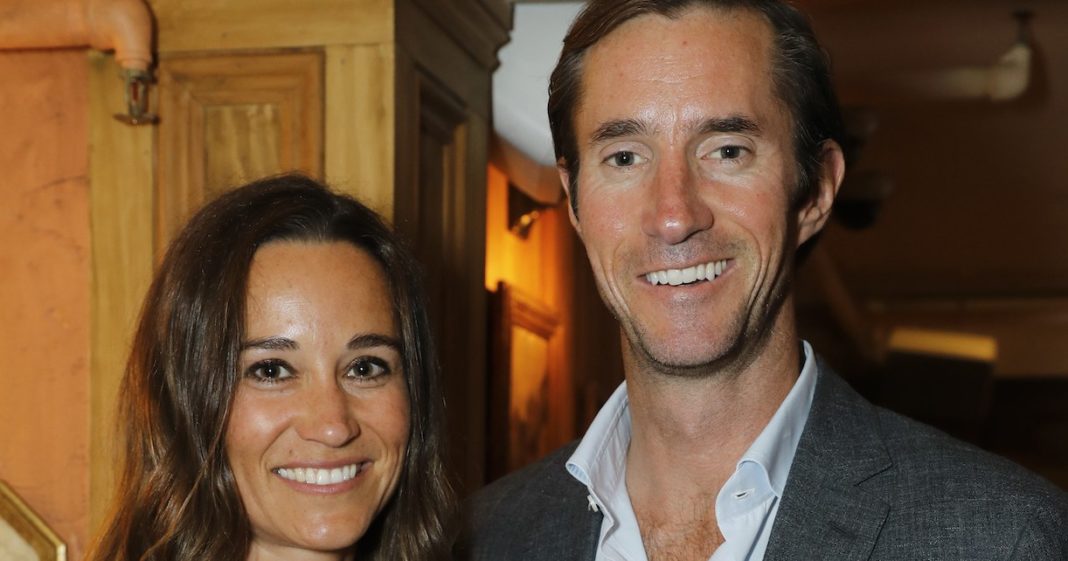 Pippa Middleton and husband James Matthews have reportedly chosen names for their baby boy that pay tribute to members of both sides of their family.

The Mail on Sunday reported on Sunday, November 11, that the couple have named their son Arthur Michael William Matthews.

It’s believed that Middleton, 35, and her husband, 43, chose the moniker Michael in tribute to the new mom’s father, Michael Middleton, as well as Matthews’ brother Michael Matthews, who died in 1999 at the age of 22 while climbing Mount Everest. The couple have done a lot of work in recent years raising money for education projects in Africa and Asia through the Michael Matthews Foundation.

The baby also shares a name with his 6-month-old cousin, Louis — Duchess Kate and Prince William chose Arthur as their son’s second name. It is also Prince William’s middle name as well as his father Prince Charles‘.

As previously reported, Duchess Kate’s younger sister welcomed her first child at the private Lindo Wing at St Mary’s Hospital in London on October 15. (It is the same maternity wing where Kate gave birth to her three children, Prince George, 5, Princess Charlotte, 3, and Prince Louis, 6 months.)

Little Arthur arrived hours after Prince Harry and Duchess Meghan announced that they were expecting their first child together.

The new parents, who wed in May 2017, had been keeping the baby’s name under wraps until the Mail on Sunday obtained his birth certificate, which also lists Pippa’s occupation as author. Her party-planning book, Celebrate, was published in 2012.

As Pippa settles into motherhood, she is turning to her big sister for advice. “Kate has so much knowledge to share,” an insider previously told Us Weekly. “She’s a walking baby encyclopedia at this point!”