The movement to address environmental racism is growing. This bill could provide the data it needs 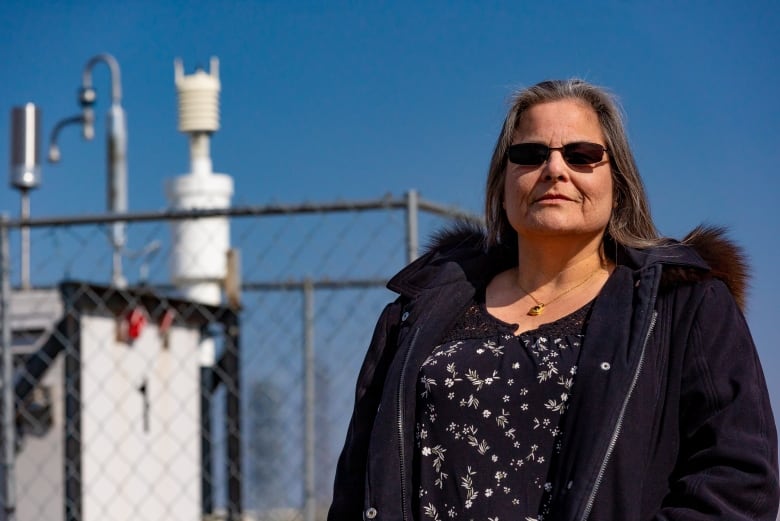 Ada Lockridge has been fighting for cleaner air in her community for 20 years.

She recalls times when she and other residents of Aamjiwnaang First Nation “would smell that awful smell, the one that’s burning your nose, burning your eyes, your throat” and have to call police to report a suspected chemical leak.

Aamjiwnaang First Nation borders on the largest concentration of petrochemical plants and refineries in the country — an area around Sarnia, Ont., known as “Chemical Valley.” For years, pollutants released into the air and chemical leaks from neighbouring industry have had significant impacts on air quality, waterways and soil in Aamjiwnaang.

When energy company Suncor proposed building Canada’s largest ethanol plant nearby in 2002, Lockridge said “a bunch of us got together and wanted to do something.” She and other community leaders organized petitions, protests and blockades.

“It was all about the community and saving ourselves.”

After pushback from the community, the company chose another location and the protest movement inspired the creation of Aamjiwnaang’s first environment and health committee.

The fight continues, as unsafe levels of harmful chemicals like sulfur dioxide and benzene have been detected by air monitoring stations, according to the most recent long-term data available for Aamjiwnaang, published in 2017.

“Our teachings are to think and plan for seven generations ahead. It has been very challenging to fulfil that responsibility, given the fight that we’re up against,” said Janelle Nahmabin, the current chair of Aamjiwnaang’s Environment Committee.

Activists say Aamjiwnaang is one of many examples in Canada of environmental racism, which is defined as the disproportionate exposure that Indigenous, Black and other racialized communities have to environmental hazards.

“I didn’t actually hear the term environmental racism until about 15 years ago — it wasn’t until I was able to connect with other First Nations people across Canada to see what they were experiencing,” said Nahmabin. “Now I realize that absolutely, this applies to here.”

Janelle Nahmabin, the current chair of Aamjiwnaang’s Environment Committee, shares a story about life in the First Nation. 1:27

The community believes poor air quality has contributed to asthma and cancer among its residents and is trying to get research to prove it.

“We have a health study that’s in the works, but we haven’t had any studies that can prove what it is that we’re saying,” said Nahmabin.

She hopes a new private member’s bill will push the federal government to research the health impacts of toxic waste and polluting industries on affected communities.

The issue of environmental racism is getting more attention. In the U.S., a groundbreaking environmental justice law was re-introduced on Capitol Hill last week.

In Ottawa, a private member’s bill to address environmental racism — introduced by Nova Scotia Liberal MP Lenore Zann — is before Parliament and will be voted on this week.

If passed, Bill C-230 would be the first legislation in Canada to require the federal government to collect statistical information on the location of environmental hazards across Canada, as well as the links between race, socioeconomic status and health outcomes.

It also asks Ottawa to compensate affected communities and ensure they are involved in future environmental policy-making. In addition, the bill would require that these communities have access to safe drinking water and clean air.

A 2019 visit from a United Nations special rapporteur found that Aamjiwnaang First Nation, as well as other Indigenous and racialized communities in Canada, are disproportionately affected by toxic waste.

“There exists a pattern in Canada where marginalized groups, and Indigenous peoples in particular, find themselves on the wrong side of a toxic divide, subject to conditions that would not be acceptable elsewhere in Canada,” wrote UN Special Rapporteur Baskut Tuncak.

Ingrid Waldron, an associate professor in the faculty of health at Dalhousie University in Halifax, has been saying this for years. A driving force behind Bill C-230, Waldron has a Ph.D. in sociology and equity studies in education and has spent nearly a decade researching the impact of environmental racism in Nova Scotia. She previously worked with Zann on a provincial environmental racism bill.

“Those are the communities that are less able to fight back against environmental racism because of their race, because of their culture, because they live in out-of-the-way places that tend to be invisibilized by policy makers and government in general,” said Waldron.

Her book, There’s Something in the Water: Environmental Racism in Indigenous and Black Communities, highlights the impact of the issue in Nova Scotia — including Pictou Landing First Nation, which has dealt with the impact of pulp mill effluent dumped into Boat Harbour, and African-Nova Scotian communities, many of which have seen toxic waste and landfills move into their towns.

The book was made into a Netflix documentary featuring actors Elliot Page and Ian Daniel.

Waldron, who is also the director of the Environmental Noxiousness, Racial Inequities and Community Health Project (The ENRICH Project), has mapped Black and Mi’kmaq communities across Nova Scotia and their proximity to toxic waste sites. She said the government needs to collect statistical data on the health impacts.

Bill C-230, which was introduced in December, has received the support of members of the Liberal Party, NDP and the Green Party. But there has been pushback from members of the Bloc Québécois and Conservatives, who have dismissed the role of systemic racism and instead blamed failed government policies.

Grassy Narrows First Nation has been dealing with the devastating health impacts of mercury poisoning for generations, after the past owners of a pulp and paper mill in Dryden, Ont., dumped 9,000 kilograms of mercury in the English-Wabigoon River system in the 1960s and ’70s.

“I grew up not knowing that the land, the water was already poisoned,” said Chief Randy Fobister, who has lived in Grassy Narrows all his life.

He said many residents — including himself and family members — have health issues related to mercury poisoning, which can include everything from numbness in fingers and toes to seizures and cognitive delays.

“Some [people] lost all their family — some even lost their bloodline,” Fobister said.

‘I grew up not knowing that the land, the water was already poisoned,’ Grassy Narrows First Nation Chief Randy Fobister said. 2:30

In the absence of data, this First Nation in northern Ontario commissioned its own health report in 2018, which found that residents were six times more likely to have debilitating health issues compared to other First Nations in the province.

After years of fighting for a care home for residents suffering from mercury poisoning, an agreement was reached with Ottawa last year to build that home. But Fobister said residents who have been affected should also be compensated.

Naolo Charles, a Toronto-based environmentalist, said a national strategy is urgently needed to address the longstanding impacts of environmental racism.

Charles is co-director of the newly formed National Anti-Environmental Racism Coalition, along with Waldron, which aims to address environmental racism and promote inclusion and BIPOC representation in the environmental sector in Canada.

The group launched a petition in support of Bill C-230, which garnered the signatures of more than 11,000 Canadians within two weeks.

Charles said that without government action, environmental hazards will get worse for BIPOC communities, who are already most vulnerable to the impacts of climate change.

“If now, Black and Indigenous communities are not well protected, what will it mean for the future when climate change will start having more impact?” said Charles.