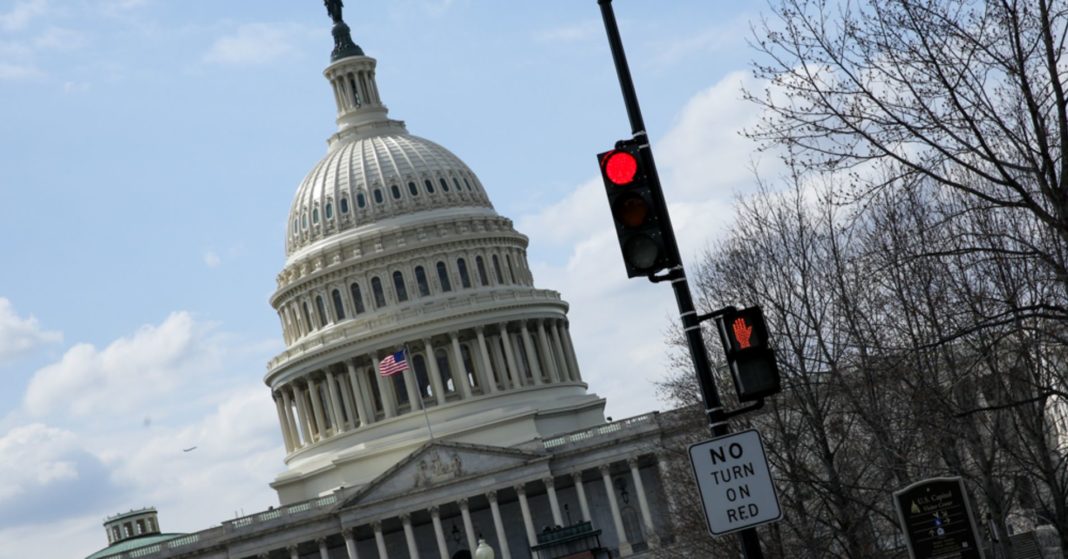 Democrats look to have an edge in their bid to flip the House in the final days of the most expensive midterm election ever.

The party will try to take control of the chamber Tuesday as it competes for dozens of Republican-held congressional seats across the country. Democrats need to win a net 23 GOP-held districts in order to flip control of the House, and are favored to reach that target. Still, only minor shifts across the House map could help Republicans cling to a majority.

A record stream of cash has fueled the Democratic Party’s push to check President Donald Trump – and the GOP’s bid to hang on to control of Congress. Campaigns, parties and outside groups had already spent $4.7 billion by Monday in congressional races, and are projected to shell out more than $5.2 billion by the end of the election cycle, according to the Center for Responsive Politics. It tops a previous record of about $4.2 billion.

Democratic campaigns have largely drubbed GOP candidates in House swing-district fundraising. It has forced the House Republican campaign arm and outside groups to spend heavily in those contests to catch up.

House control has enormous stakes. Not only will it help to determine the country’s path on health-care, tax and immigration policy, but also it will shape whether Congress looks more deeply into Trump’s finances or potentially pursues his impeachment.

Entering the campaign’s final days, here’s how top forecasters view the fight for the House, as well as the races that have drawn the biggest share of the record cash flow:

The list of most expensive House races — by both candidate and outside spending in the primary and general elections — shows some areas that donors and the parties think will decide the majority. Five of the 10 most expensive contests sit in California swing districts, where big spending started early as Democrats tried not to get locked out of the general election due to the state’s nonpartisan “jungle” primary system. Republicans hold all 10 districts where the most money has gone.

Georgia’s 6th District, the site of a hotly contested special election last year and another competitive race Tuesday, has drawn about $80 million this cycle, more than any other district. Here’s that race and the other top-money districts, by candidate and outside spending in both the primary and general elections, according to the Center for Responsive Politics, along with Cook’s race rating:

Outside groups, including party campaign arms and unaffiliated pro-party PACs, have kept piling cash into the most important House races in the election’s final push. The organizations shelled out more than $340 million in the House battle from Oct. 25 to Oct. 31, according to the Center for Responsive Politics.

About $64 million in outside cash went into contests rated as “lean” Democrat — overwhelmingly in favor of Democrats. Another $50 million went into districts listed as “lean” Republican, about evenly split between the parties.