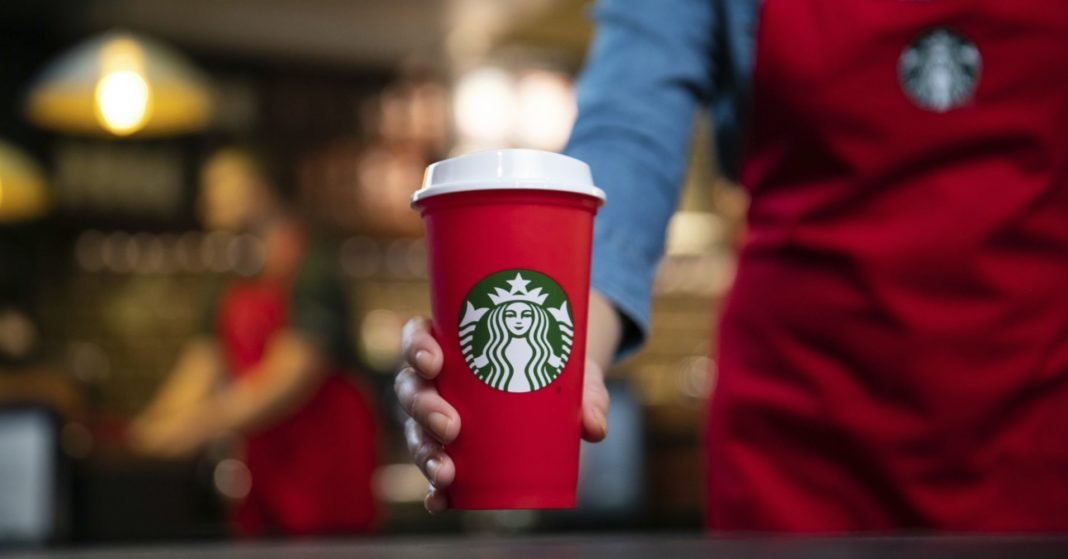 Starbucks fans may need to scour several locations if they want to find the cafe’s new reusable red cup.

Coffee drinkers took to Twitter on Friday to complain that they were having trouble securing the elusive new cup at their local stores and had to resort to going to a number of different locations before finding one.

“We are seeing an enthusiastic response to the return of Holiday beverages and cups at Starbucks as well as today’s limited-edition giveaway of our reusable red holiday cup, which is available while supplies last,” Starbucks told CNBC. “Each store has a limited supply, and we’re aware that some stores are already running out.”

On Friday, the company launched its holiday beverages and cups with a special reusable red cup. For one day only, Starbucks was giving away this cup to customers who ordered a holiday beverage. The cup would be made available for $2 on any day afterward, according to CEO Kevin Johnson.

During the holiday season, customers who use the cup will get 50 cents off their drink order if they order after 2 p.m. The goal is to get people in the habit of using reusable cups, COO Roz Brewer told CNBC.

One barista told CNBC over the phone that their store ran out of the cups by noon. Another said the cups sold out around 3 p.m. and wouldn’t be available until more were sent to the store in a few days.

Earlier on Friday, Starbucks’ Reward Members were unable to place their orders, as the app was failing to recognize store locations and wouldn’t take orders.