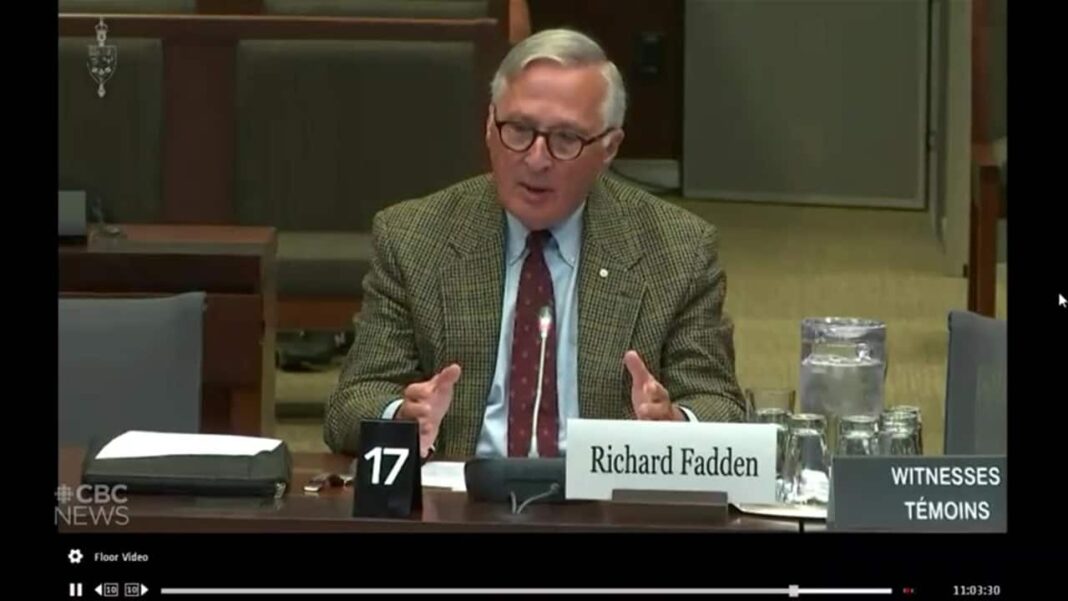 Whatever the crisis of the moment happens to be, the military is supposed to be the force of last resort.

Increasingly, though, that word “last” is being replaced by “first” — and sometimes “only.”

A former top national security adviser warned a parliamentary committee on Tuesday that successive federal governments have relied too much on the military to handle crises at home.

Richard Fadden’s remarks were met with some nods of agreement around the table — and a slight wince from a representative from one the provinces that has been in the uncomfortable position of having to call for military-backed relief. 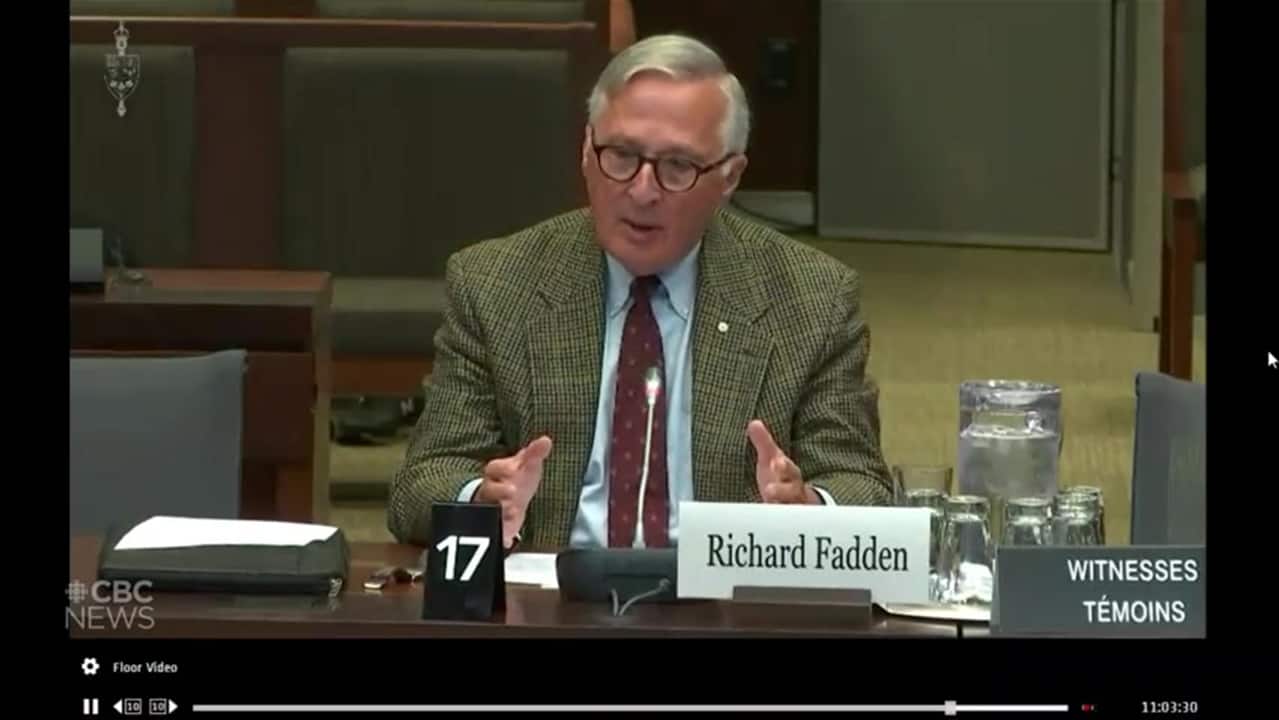 It has become ‘too easy’ to order military responses to natural disasters: former national security adviser

Having served both Liberal and Conservative governments as the prime minister’s security adviser, deputy minister of defence and head of the Canadian Security Intelligence Service (CSIS), Fadden assured MPs on the House of Commons defence committee that his comments were not partisan.

He said domestic emergency operations — such as cleaning up after storms and fighting forest fires — distract the military from the training it needs in an increasingly unstable world — a point the Conservatives have been hammering away on since the committee launched its study.

That doesn’t mean the Armed Forces should stay away when Canadians are struck by tragedies like post-tropical storm Fiona, Fadden said.

Sending in the army has become ‘too easy’ — Fadden

The problem, he added, is that in recent years the federal government has acted as if the military is the only tool it can turn to in a disaster.

“It is becoming too easy for prime ministers — not in particular this one, but prime ministers generally — to simply say, ‘I’m going to send in the army,'” Fadden told the four-party committee, which is studying the military’s domestic emergency preparedness.

“And we do this without talking to the provinces, municipalities and civil society about what they could and should do.”

Fadden argued that the problem cannot be examined with a narrow focus on military response. He called on the federal government to undertake a thorough, independent review of all emergency response capacity across the country, both federal and provincial.

Last week, a senior military commander told the committee that the number of requests for assistance the Armed Forces receives from provinces has ramped up rapidly over the past decade.

Maj.-Gen. Paul Prevost testified that in 2021, there were seven such requests for a military response to provincial emergencies — floods, forest fires and other natural disasters. The period between 2017 and 2021 saw an average of four such requests per year. From 2010 to 2017, the average was two per year.

Those numbers do not include the 118 calls for assistance the military answered during the pandemic by, for example, backstopping exhausted health care staff in long-term care homes in Ontario and Quebec.

“We probably in this country, right now, don’t have another tool.” Fadden said.

“I think this is really problematic for a sophisticated, complex government like the Government of Canada today, when a disaster occurs … if a prime minister only has one tool.” 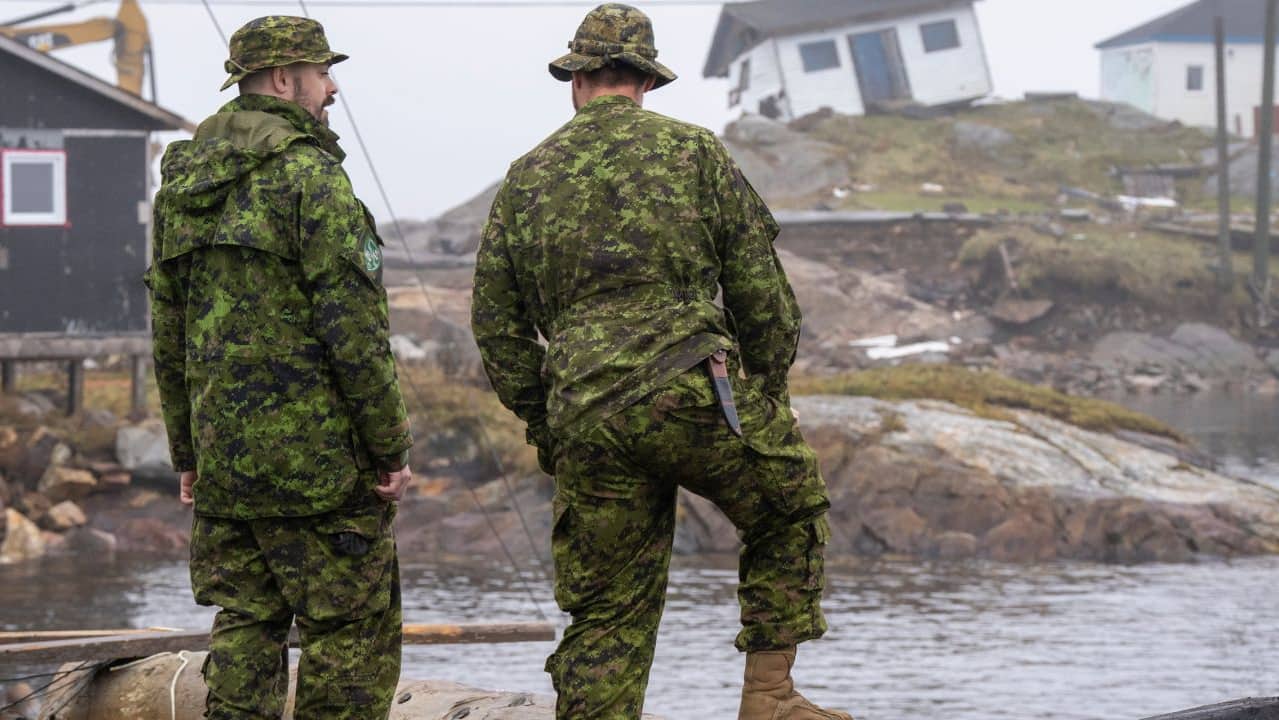 Chief of the Defence Staff Gen. Wayne Eyre says he’s concerned about the Canadian Armed Forces’ overall readiness to respond to events at home and abroad as it deals with growing demands to help with disaster response within Canada.

The idea of a dedicated force within the military tasked with responding to natural disasters has been floated frequently since Fiona hit the East Coast. Gen. Wayne Eyre, Canada’s top military commander, has said such a force would require more military capacity.

Fadden argued that disaster response robs the military of time it should spend training for international commitments during a period of heightened international tensions with Russia and, to a lesser extent, China.

“I am not a military person but I don’t think you need to be … the chief of the defence staff or the chairman of the U.S. Joint Chiefs to realize that there is not enough operational training, there are not enough exercises right now,” he told MPs.

“It is short of criminal to send our troops into potentially harm’s way if they’re not as trained as we can possibly make them. I don’t think they’re doing enough [training] today. And if they’re chopping wood — which they may well need to do and do other things to fight forest fires and whatnot — they’re not doing operational training.”

It’s the kind of talk that makes provincial government officials squirm in their seats.

Johanu Botha, who leads Manitoba’s Emergency Measures Organization, told the committee the military is indispensable in a domestic crisis because it binds together all three levels of government — federal, provincial and municipal.

He said research conducted on disaster response has shown clearly that soldiers “will be needed” in future natural disasters.

While Botha said he’s in favour of an independent review of emergency response, he cautioned that its recommendations would be long-term — and crises like Fiona tend to demand urgent solutions.

“There’s a certain level of support that we won’t be able to replace that the military has,” he said.

Conrad Sauvé, president of the Canadian Red Cross, said that from a civil society point of view, Canada has been “caught unprepared” by natural disasters that require “rapid response, which the military has.”

The question that doesn’t seem to get asked very often, he said, is whether the country has “other existing capabilities.”

Sauvé said governments need to invest far more in local civilian emergency preparedness services — the people and organizations that are always the first to face a crisis.

“I think we have to heighten that response as a civil protection,” he said.