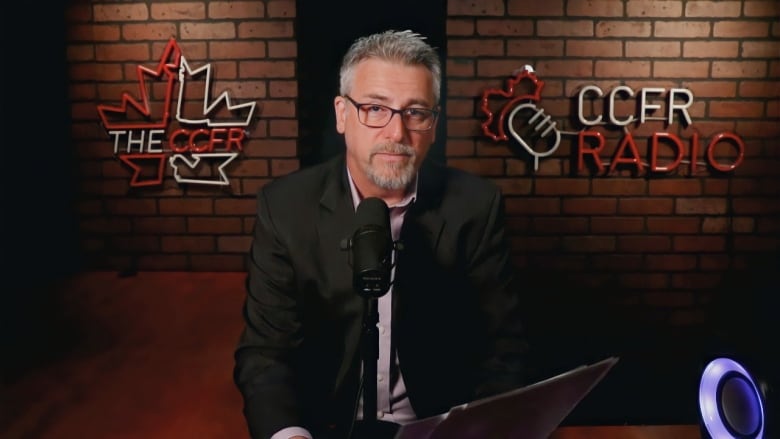 Advocates for both gun-owner rights and stricter firearms controls say police, the federal government, and border services could take actions to help prevent massacres like the Nova Scotia mass shooting from happening again.

The Mass Casualty Commission leading the public inquiry into the April 2020 mass shooting, where 22 people were killed by a gunman driving a mock RCMP cruiser across the province, heard submissions for final recommendations from people on both sides of the gun-control issue last month.

Blair Hagen of the Canadian National Firearm Association said the commission should not tighten or bring in more Canadian firearms regulations since the current laws did nothing to stop gunman Gabriel Wortman. He didn’t have a gun licence and illegally smuggled most firearms used in the shooting from the United States.

“The perpetrator planned this incredible act of violence for a very long period of time, carefully accumulating the tools and accessories he needed — unlawfully if need be — in complete contempt and total disregard for any law or regulation,” Hagen said.

Hagen said a better question would be why the gunman met “little or no resistance” early in his rampage that began in Portapique, N.S.

Rod Giltaca of the Canadian Coalition for Firearm Rights said the “only regulation” that could have influenced the shooting is around search warrants.

Giltaca pointed to the section of the Criminal Code that allows a peace officer to apply to a judge for a search warrant — or in some cases search without a warrant — with the intent to seize weapons in the interest of public safety.

The opportunity to use this section of the code came up on multiple occasions in the years before the shooting, Giltaca said, including the 2010 and 2011 tips the gunman was uttering threats to his family or police, and owned multiple firearms.

Giltaca said it has also become clear through the inquiry that the gunman’s concerning behaviour, including illegal possession of firearms which he would show off in Portapique, was “an open secret” in the community.

There seems to be a “high degree” of frontline police discretion involved when these searches are carried out or applied for, Giltaca said, and called for the inquiry to examine why that didn’t happen.

“These regulatory measures … are well understood by frontline police officers, so again, this is a very serious problem,” Giltaca said.

But Joanna Birenbaum of the Canadian Coalition for Gun Control told the commission there are multiple areas where gun regulations should be tightened or created, including a tool that could have prevented at least one gun from falling into the shooter’s hands.

One of the five guns found in Wortman’s possession after he was killed by police — a Ruger Mini 14 — was from the estate of his New Brunswick friend Tom Evans after his death, which he received “no questions asked,” Birenbaum said.

There is also “little to no follow-up” done by authorities when someone’s firearms licences expire or a licence holder dies, Birenbaum said, so the onus is left to family or lawyers to alert police that there’s a gun that needs to be taken away or destroyed.

Instead, she said there should be “immediate” administrative and legal changes to prevent the unlawful transfer of firearms from estates, and to track the status of any firearms belonging to owners with an expired licence.

Evans’s Ruger and an RCMP-issued service pistol stolen from Const. Heidi Stevenson after he killed her during the mass shooting were the only guns investigators traced back to Canada.

Police also believe the shooter arranged to purchase a Colt Law Enforcement-brand carbine 5.56-mm semi-automatic rifle from another man, after admiring it at a gun show in Houlton.

Evidence at the commission showed Wortman was able to smuggle the guns across the border, often rolled up in the tonneau cover of his truck.

Birenbaum said the federal government needs to form an agreement with U.S. border officials to better prevent gun smuggling, including a commitment to fully investigate, prosecute, or extradite American residents and companies who sell or transfer firearms when they should have known the gun would go to a Canadian who was not licensed.

“It does not appear that any steps were taken to hold the perpetrator’s friend Sean Conlogue criminally accountable,” Birenbaum said.

A retired U.S. federal prosecutor has told CBC technical firearms offences rarely end up in court unless the accused is considered a risk to the community.

Birenbaum said that cross-border agreement should also address straw man purchases like Wortman used — where someone buys a gun for another person who’s banned from getting one — and increase enforcement and inspection of gun dealers near the Canadian border.

The coalition also called for the establishment of a national firearms hotline where citizens could report illegal gun concerns to staff for the RCMP commissioner, and not their local police force, which Birenbaum said might have made a difference for Brenda Forbes.

Forbes has said multiple times she reported Wortman’s abuse of his partner Lisa Banfield and his guns to RCMP, but nothing was done. The RCMP officer who responded to Forbes’s testified her complaint had nothing to do with domestic violence or firearms.

The inquiry’s final report is due by the end of March 2023.