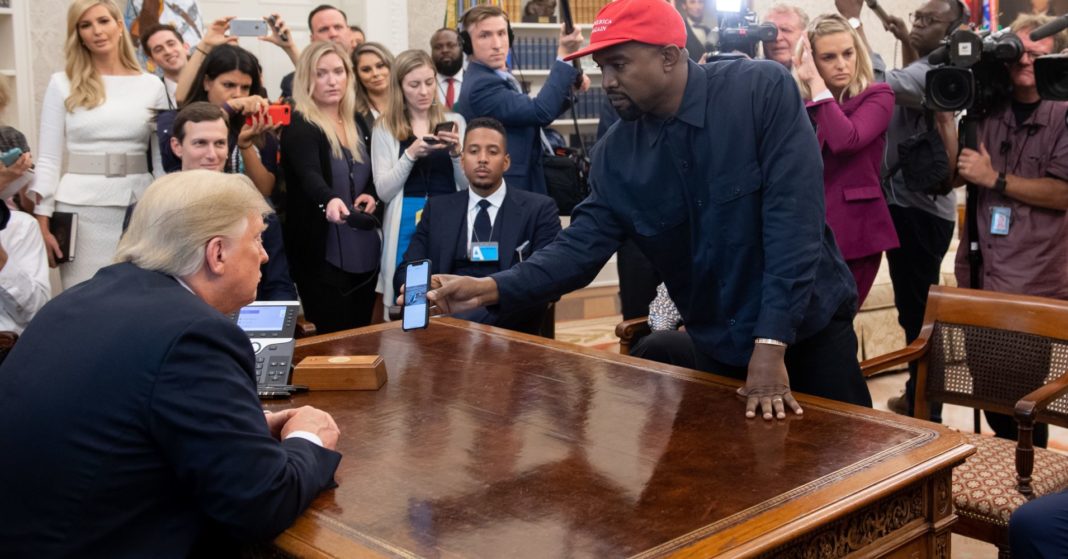 When rap star Kanye West met with President Trump on Thursday, he floated the idea of ditching Trump’s Air Force One in favor of an “iPlane 1” that he said should be manufactured by Apple.

West showed a proposed image of the hydrogen-powered plane to Trump and his son-in-law, Jared Kushner.

As it turns out, West didn’t come up with concept or the picture. Rather, it was developed by a freelance transportation and industrial designer named Shabtai Hirshberg, who told CNBC that he worked on the design as a graduate student at the College for Creative Studies in Detroit.

Hirshberg, who completed his graduate work in 2012, posted the design three years ago to Behance, a website used by creative professionals to publish portfolios of their content. He had no idea West was pitching the idea in the White House. He also never suggested that Apple build the plane.

“It all caught me by surprise,” Hirshberg said in a phone interview. “It’s not every day your designs are presented to the president.”

Hirshberg said the project was “an accumulation of a year of my research and design work.”

While West suggested that the plane might be fueled by hydrogen, Hirshberg said that wasn’t exactly what he had in mind.

“It’s definitely an option, but I think hydrogen is a little far out,” Hirshberg said. “I was thinking ultra-high bypass turbo fan, which is an extreme version of what we’re using today.”

Hirshberg said that he’s currently working on a smaller version of the plane that would be more feasible to build. Asked whether he’d be willing to talk to West about his work, Hirshberg responded, “I’d be more than happy to.”