The funds, set aside under the Cares Act economic stimulus package passed in March, were given to the Pentagon 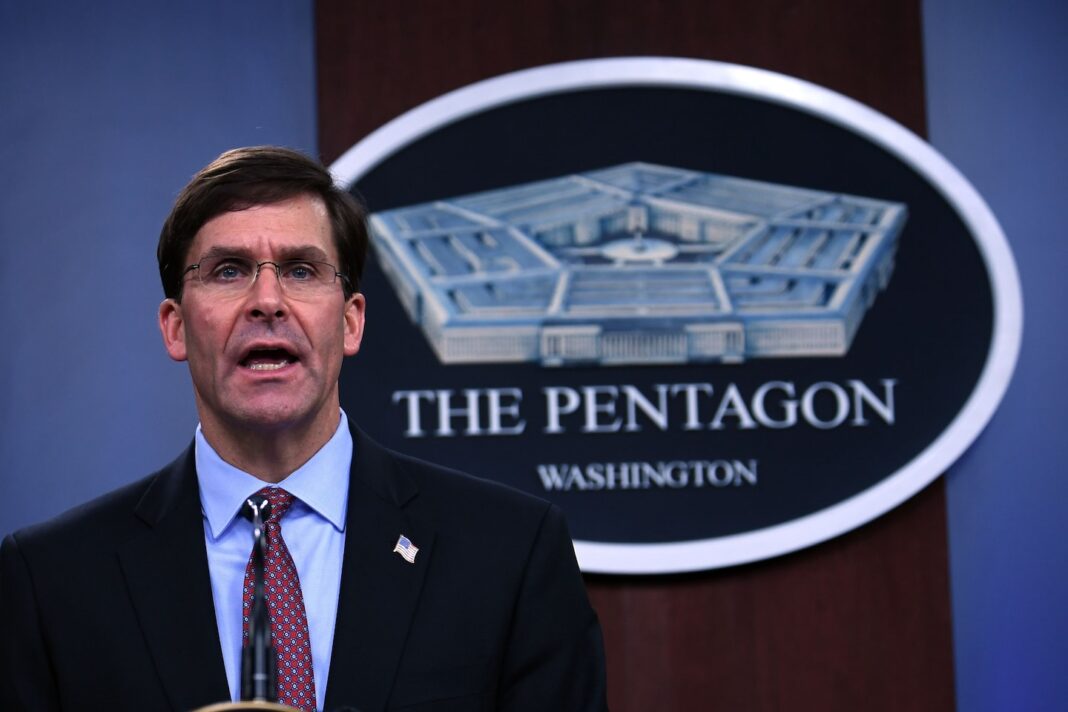 The funds, set aside under the Cares Act economic stimulus package passed in March, were given to the Pentagon to “prevent, prepare for, and respond to coronavirus.” But the Defense Department decided to divert most of that funding toward long-standing defense concerns such as drone technology, body armor and dress uniforms. The decision was made in consultation with the White House Office of Management and Budget, as well as other federal agencies, according to a defense official who spoke on the condition of anonymity to discuss sensitive internal deliberations.

Senator Elizabeth Warren (D-Mass.) and Rep. Ro Khanna (D-Calif.) wrote to the Defense Department’s acting inspector general Sean O’Donnell on Friday, asking him to “review the potential misuse of funds by the Department.” They also asked O’Donnell to investigate whether the payments were “needlessly duplicative,” given that some of the defense contractors that got awards also received relief loans from the Small Business Administration.

“The reported misuse by DoD of federal funds meant for the response to the deadly pandemic plaguing our country is inconsistent with the will of Congress and may be illegal,” Warren and Khanna wrote.

A spokesperson for the DOD inspector general’s office said the office is reviewing the request.

Cares Act economic stimulus package passed in March, were given to the Pentagon to “prevent, prepare for, and respond to coronavirus.”

Earlier in the week, Reps. Mark Pocan (D-Wis.) and Barbara Lee (D-Calif.) called for a formal investigation reviewing the legality of the Defense Department’s decision to use any of the coronavirus funding for defense industry stimulus.

“For the Administration to choose to use funds Congress made available to fight COVID-19 on the wish lists of defense contractors, instead of first protecting troops and the general public from the spread of the coronavirus, is unconscionable and should be investigated fully and prosecuted if warranted,” Pocan and Lee wrote in a letter to House Majority Whip James E. Clyburn (D-S.C.), Oversight and Reform Committee Chairwoman Carolyn B. Maloney (D-N.Y.) and House Armed Services Committee Chairman Adam Smith (D-Wash.).

Jessica R. Maxwell, a Defense Department spokeswoman, referred to a Wednesday statement from Pentagon spokesman Jonathan Hoffman, who said that DOD had been “wholly transparent on this effort,” and had held weekly calls on the COVID-19 response with the relevant committees.

“Additionally, we heard directly from many members of Congress who supported these exact expenditures to aid impacted businesses in local communities,” Hoffman said.

Smith, whose committee position would have put him in close contact with the Defense Department as it developed its spending plans, said the decision to repurpose funds shows how the Trump administration “continues to exploit the trust of the American people.” It was unclear whether he intended to investigate the issue further, but he noted that the Defense Department’s latest request for another $5.3 billion in Defense Production Act investments has come without a “properly detailed” spending plan.

“Instead of focusing on a clear, coordinated strategy to produce and acquire the medical supplies necessary to respond to the ongoing COVID-19 health crisis, the Trump Administration carved up this billion-dollar appropriation and spent three dollars on defense contracts for every dollar it spent on acquiring health resources,” Smith wrote in a news release.

Shortly after they decided to repurpose the funds, top Defense Department procurement officials explained their reasoning to members of Congress, arguing that the $1 billion could be diverted because the Department of Health and Human Services had accessed other funds. And in a statement to The Post on Monday, they argued that funding niche defense capabilities is essential to maintaining the economic and national security of the United States.

“We are thankful the Congress provided authorities and resources that enabled the [executive branch] to invest in domestic production of critical medical resources and protect key defense capabilities from the consequences of COVID,” Undersecretary of Defense Ellen Lord said in a statement. “We need to always remember that economic security and national security are very tightly interrelated and our industrial base is really the nexus of the two.”