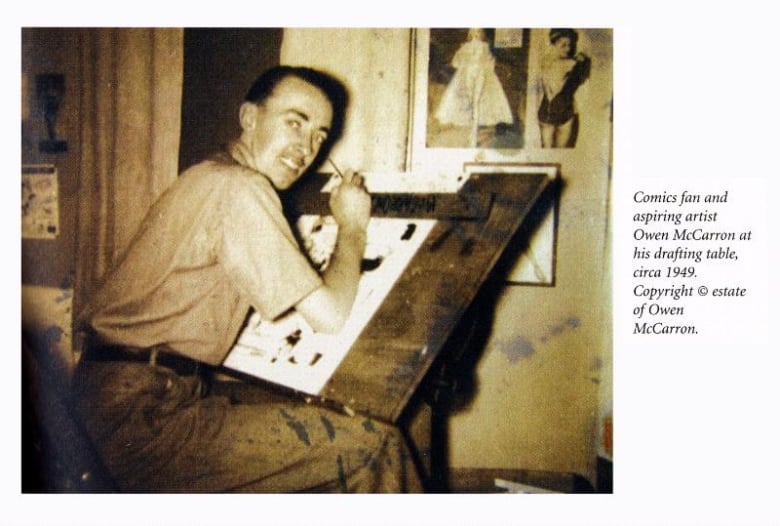 When Adam McCarron of Chester, N.S., heard about comedy legend Betty White’s death on Friday, he went straight to his basement to dig through some old boxes.

He was looking for a photo of White and her black cat, T.K., along with a letter White had sent to his father that was dated April 21, 1988.

“Thank you for including T.K. and me in your special publication. Am thrilled to be able to celebrate Garfield’s tenth anniversary,” the letter said, referring to the Garfield comic strip, which went into syndication in 1978.

It was typed on official Betty White letterhead and appears to be signed by “Betty” herself.

White, best known for roles in The Golden Girls and The Mary Tyler Moore Show, died on Friday. She would have turned 100 on Jan. 17.

McCarron’s father, Owen McCarron, was a well-known Canadian cartoonist and had worked for Marvel Comics and DC Comics while living in Halifax. He died in 2004.

“It’s nice to see something like that that was up around us, right here in our province,” McCarron said of his father’s work and the people it reached.

In 1988, Owen McCarron was working at the Chronicle Herald in Halifax, where he had started a comic section in the Saturday paper.

To celebrate 10 years of the Garfield comic strip, which was created by Jim Davis, he wrote to celebrities asking if they, along with their pets, wanted to wish Garfield, the feline title character, a happy birthday in the paper.

White wasn’t the only celebrity who wrote back.

McCarron said his father also received photos of Vanna White (Wheel of Fortune) and her cat, as well as former U.S. president Ronald Reagan with his wife, Nancy, and their dog.

When McCarron found the photo and letter, he decided to post them in a Facebook group for others to see.

“I think Betty White touched a lot of people,” he said. “She was a very good actress, she had been in a lot of shows. There’s not many people who didn’t know who Betty White was.