The all-Republican government will end as it began under Trump, in disarray 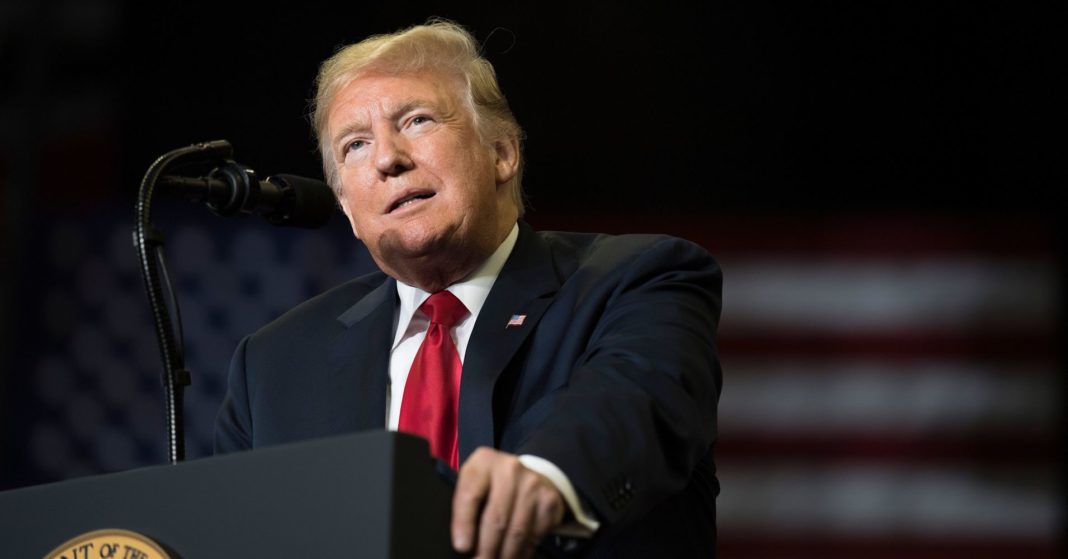 Donald Trump’s all-GOP government in Washington ends a two-year run as it began, by struggling to govern at all.

The president who vowed to make America great again has rattled financial markets, reduced farm exports and raised manufacturing costs with his tariff policies. As growth slows, he blames the Federal Reserve for raising interest rates and threatens General Motors for closing plants.

The president who promised law and order, having previously fired the FBI director, fired his attorney general over the Justice Department’s Trump-Russia investigation. The acting attorney general has been openly hostile to the probe.

The president who insisted Mexico would finance a border wall now wants American taxpayers to pay as a condition of keeping their government open. Congress doesn’t intend to build the wall, so the government could shut down next week.

Thus completes the chaotic circle of governance by Trump and the GOP Congress: fanciful promises, contradictory priorities, presidential provocations that Republicans won’t rein in. Voters responded this month by handing the House to Democrats.

Republicans delivered tax cuts, but not as advertised. Proceeds profited the wealthy far more than the middle class and ballooned the budget deficit, with no evidence of giving the economy more than a short-term stimulative boost.

Trump’s abandonment of the fight against climate change has not revived the coal industry, which keeps closing unprofitable facilities. The president answers his own government’s warnings about the climate by saying he doesn’t believe them.

How Republicans attempted to retain power in this fall’s elections exposed the chasm between their policies and public sentiment. Most voters believe the GOP tax cut has not made them better off, so Trump promised a new one.

Republicans who earlier favored repeal ran as defenders of a principal Obamacare achievement — guaranteed coverage for people with pre-existing health conditions. Trump accused Democrats, rather than his own party, of threatening Medicare.

On Election Day, Americans issued their verdict. They cast 9 million more votes for Democrats than Republicans in House races, the largest margin in midterm election history.

All signs suggest the last month of all-Republican control in Washington will resemble the first 23.

A Trump ally blocked Senate legislation to protect the Russia probe menacing the White House. The Senate Republican leader balks at bipartisan criminal justice reforms backed by Trump. The administration wants Congress not to punish Saudi Arabia for murdering a U.S.-resident journalist, as Trump rejects the CIA’s conclusion blaming the crown prince his son-in-law has befriended.

A spending deal remains the most urgent challenge. During the last eight years of House Republican control, such deals have required help from minority Democrats since so many in the majority disdain government spending.

If Trump won’t temper his border wall funding demands, the government may shut down. A fall-back Republican plan would finance government for just a few weeks, making Pelosi bargain with Trump next year.

“Dump the issue into the lap of the incoming House Democratic majority,” said veteran Republican Rep. Tom Cole of Oklahoma. Many more issues, too.