The 100’s Finale Changes Everything: All You Need to Know About Season 5 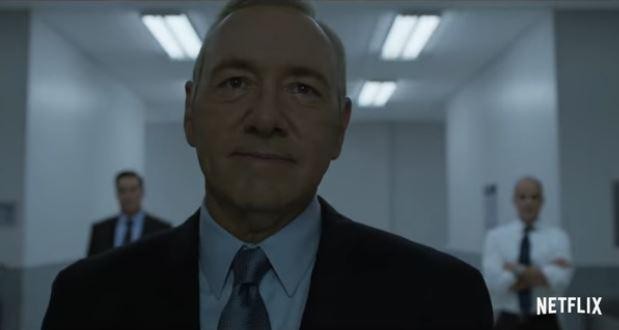 Caution! There are spoilers here, so if you haven’t watched tonight’s season finale of The 100, turn back now!

The 100‘s season four finale gave us that death wave of fire that the show has been promising since the very end of season three, but it really did its best to make us as stressed as emotionally possible beforehand. While Octavia (Marie Avgeropoulos) and her new clan of 1200 survivors were safely tucked away in the bunker, Clarke (Eliza Taylor), Bellamy (Bob Morley), Raven (Lindsey Morgan), Monty (Chris Larkin), Harper (Chelsey Reist), Murphy (Richard Harmon), Emori (Luisa D’Oliveira), and Echo (Tasya Teles) all knew that making it to space in a rocket built for two was their only hope.

Monty nearly died trying to retrieve some equipment, Echo nearly killed herself, and Raven nearly gave up, but the biggest problem came when the communications system on the rocket went down. Raven had been planning to use the comms to restore power to the ark, but without the communications system, they wouldn’t be able to dock or live. So with just minutes left before they had to get off the ground, Clarke was sent to a satellite tower a mile away to get a signal to the ark. Of course, it didn’t work the way it was supposed to, so Clarke had to climb to the top and actually move the satellite herself.

The entire crew ended up having to leave without her. They made it to space, Raven got to spacewalk, and they had just enough time to get the oxygen turned on. But back on earth, it seemed like all hope was lost for Clarke…until we cut to SIX YEARS LATER.

Nightblood Clarke is alive and looking very Mad Max-y, with a young nightblood girl at her side. She spent a year waiting for the rocket to return and for the bunker’s inhabitants to emerge from underground, but so far, she hasn’t heard a peep from either of them. She has, however, taken to sending messages to Bellamy every day (partly as a way to stay sane) in the hopes that one day, finally, he’ll hear her.

Then, something emerges from the sky, but it’s not a rocket. It’s a much bigger ship, labeled “Eligius Corporation” and “Gagarin Prisoner Transport,” AKA it’s not her friends, and it’s probably not good.

If you’re anything like us, you’re currently sitting there with your eyes wide and your jaw on the floor, with something like the word “What?!” on your lips while you slowly come to grips with the fact that season five isn’t coming until 2018. Lucky for all of us, executive producer Jason Rothenberg was happy to spill a few important details on what we’ll get to see when the show returns

There are a lot of questions to be answered when season five picks up.

“Is the new threat the ship of theoretical prisoners that appeared at the end of the episode, or something else? … Five years have passed and [the people in the bunker] are still not coming to the surface, so are they alive? What is waiting for us when we see into the bunker for the first time? And what became of Bellamy and Raven and all the characters who made it to space? Obviously they had a pretty perilous six years too, so to me it will be really exciting to sort of chart those journeys, but also see how different everybody is.”

There will be flashbacks to the past six years.

“Flashbacks are a part of our creative toolbox,” Rothenberg says. “We’ve done it, obviously, a handful of times, and so you can pretty much count on us doing it again a lot of which is because yeah, this is a time jump, but we didn’t jump past six boring years. We jumped past six pretty f–king awesome years, so definitely I’ll want to show some of those things rather than just talk about it. It’ll help, I think, people understand how people have changed by seeing those events as opposed to just hearing about them.”

The relationships we’ve come to know will have changed completely.

“They’ve been together in those various environments when season five starts for five or ten times longer than they were ever on the ground,” Rothenberg says. “They were on the ground, believe it or not, the show for four seasons has only been essentially almost a year. Not even a year of time has passed. So they’ve now been apart for way longer than they were ever together. And so relationships will change, alliances will change, will they be the same when they come back together in season five? It’s like in life when you go away for a long time and then you see somebody who you used to love or used to know and they’re so different, you know. That’ll be part of the fun in season five.”

Clarke’s a mom now (but that little Nightblood is not somehow her speedily-aged biological child).

Rothenberg says Clarke met her one friend in the entire world “somewhere along her journey” over the past six years. “They are essentially parent/child,” he says. “They are very, very bonded. That will be a big emotional relationship for Clarke in season five.”

In fact, Clarke’s new role as adoptive mother will have a huge impact on her relationship with her friends and family when they eventually reunite.

“Clarke will now have spent six years alone with this child who is her daughter, who she loves as much as a mother loves a daughter. What happens if her daughter’s well-being in some way contradicts what Bellamy and/or Octavia need—which is a really ambiguous way of describing things—but where will Clarke fall if a choice that is right for her child is not the choice that’s right for her people? So we’ll see Clarke being forced to make the kinds of decisions unlike we’ve seen her have to make before.”

Bellamy’s leadership will be/will have been tested during those six years.

“Bellamy, his journey this season and certainly as it’s encapsulated in the finale is about—as Clarke tells him—he needs to become a holistic leader. He needs to be able to use his brain and his heart,” Rothenberg says. “He’s always been so impulsive. He’s always raced ahead emotionally without thinking, really, and Clarke was the sort of thinker in their really important and powerful relationship. And now he’s without her for an extended period of time, and we will see him becoming that, hopefully. We’ll see him becoming that sort of fully realized hero/leader who is able to both use his heart and not sort of subjugate his emotions for his intellect but use them both, you know. That’s what I want for Bellamy in season five.”

We’ll see just what kind of a leader Octavia becomes in the bunker.

“Octavia, who is a leader now in her own right in that bunker, and will be forced to deal with what that means, to be the leader of 1200 people in essentially an ark-like situation. You know, how will she govern? How will she enforce punishment? Will she go back to the ways of the ark or will she do something totally different?” Rothenberg says. “I feel like when she and Bellamy come back together, they’re going to be very different people and obviously they’ll be incredibly emotional and excited to see each other, but I think quickly we’ll have to unpack what they now are and who they now are, and how that affects the other.”

No main characters will have died off screen during the past six years…for the most part.

We already know that Isaiah Washington is leaving the series, but he’s probably the only one we have to worry about losing for now.

“Sometimes you make decisions about life and death of characters based on outside factors—actors’ contracts, or actors who want to do different things. That would be the only reason that we would ever find out a character died in a time jump without actually seeing that story,” he says. “I would never want to tell a story of an important character dying without seeing it, unless it was sort of out of my control. So my answer to that is that everyone who was alive at the end of this season will still be alive at the beginning of next season, probably. Probably.”

There are clues to the origin of that transport ship throughout season four.

“There actually were Easter eggs planted throughout season four about that ship, so really diehard fans have noticed those things,” Rothenberg says. “I won’t point to them because I want people to have to watch closely to pick those things out, but they’re definitely presenting as a threat. But you know, it’s The 100, so we try and have even our bad guys have a perspective that we want the audience to eventually understand where they’re coming from so they’re not sort of just cartoon villains, you know. So it’s a pretty safe bet I think that we’ll find a range of characters among that population of prisoners who return to the earth.”

What did you think of the finale? Have you found any clues about the prisoner ship? Let us know in the comments or on Twitter to @eonlineTV!