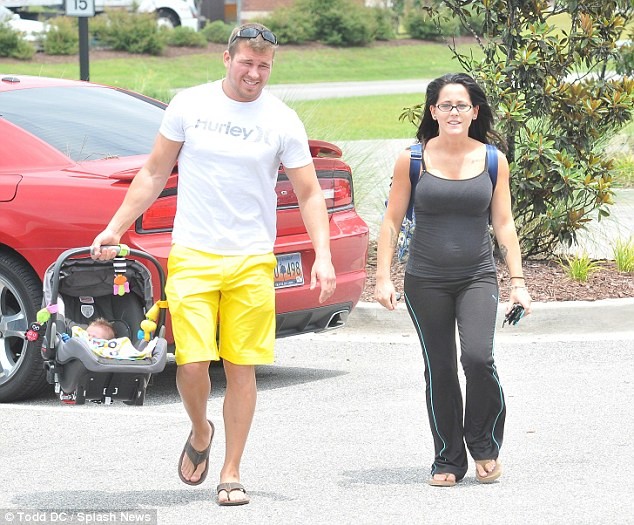 Jenelle Evans is one step closer to having all of her children under one roof.

Barbara was granted primary custody of their child, but unlike their previous agreement, the pair now has a visitation schedule in place—an admittedly positive turn of events for the reality TV star. According to Jenelle, she will have Jace on weekends, holidays and during the summer season.

As fans of the popular MTV reality series know, Jenelle often butt heads with Barbara over when and where she could see her son because she did not have court-mandated visitation rights. This agreement, Evans shared, is bittersweet for the mom of three.

“I’m not restricted to when my mom says I can have my son anymore,” Jenelle told E! News, “and at the moment that’s all I care about. [I] just want to spend time with my son. He will be home one day but today wasn’t the day, sadly.”

The 25-year-old described today’s scene as being extremely tense, revealing that she “burst out into tears in the conference room” when she heard the judge’s decision before telling her attorney, “I don’t know what I’m going to do.”

After both Jenelle and Barbara signed the agreement papers, she said the judge addressed her with a warning. “Barbara, you need to start thinking about the child and not yourself in the future,” Jenelle recalled him saying. The outspoken celeb told us she hasn’t spoken to or “even looked” at her mother since the ruling, and doesn’t have plans to rekindle a positive relationship.

“I’m really happy we could to a decision for Jace but it doesn’t change my feelings towards my mom,” Jenelle explained. “She still isn’t giving up my son to me but I will fight again in the future when the time is right.”

She continued, “I’m happy but devastated at the same time that I didn’t take it to trial. But in the world of Jenelle, you learn to pick and choose your battles.”

Jenelle also revealed her relationship with fiancé David Eason played a role in the court’s decision. “Another big deal to the judge is that we weren’t married, but he knew we were engaged,” she shared.

For now, Evans is focused on spending Memorial Day weekend with her little guy. Jenelle—who has 2-year-old son Kaiser and newborn daughter Ensley—said the custody order has already gone into effect, and the mother-son duo will be reunited after spending five weeks apart from each other.

Jenelle hasn’t lost hope for winning full custody of Jace but wants to give it some time before she challenges the agreement in a courtroom once again.

“[I will go back] maybe in a year, but I want the judge to see this new order has been in effect and [I’ve] been complying with it no problems,” she admitted.

E! News has reached out to Jenelle and Barbara’s attorneys for comment.