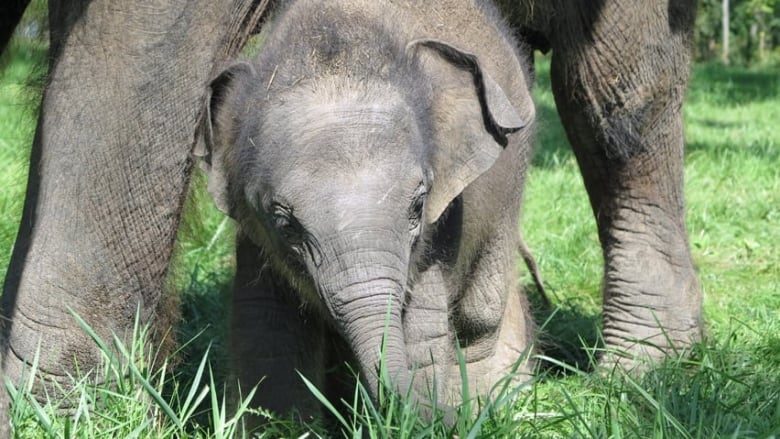 Two elephants at the centre of a controversial sale between African Lion Safari and a Texas zoo will not be moving to the United States.

A spokesperson for the Fort Worth Zoo said this week that the permit to import Emily and Nellie from Canada was withdrawn last year “following an internal decision” from management, and “those two elephants” would not be imported.

Will Anderson, elephant campaign coordinator with In Defense of Animals, a California-based animal rights organization, said they’re thrilled to hear that Fort Worth Zoo has cancelled its purchase of these endangered Asian elephants.

“[The cancellation] has incredible ramifications for elephants in the wild and in captivity, because there’s a price on their heads now as zoos compete with each other to get more elephants,” he said. “This is just huge news.”

According to the Fort Worth Zoo permit for application, the planned sale price was $2 million, plus a $200,000 bonus if Emily produced a calf, as long as it lived for more than 60 days.

The zoo didn’t clarify whether the COVID-19 pandemic had any effect on their decision.

Sale would have separated mothers, daughters

In Defence of Animals criticised the planned sale of Emily and Nellie in its recent ranking of African Lion Safari as the worst zoo in North America for elephants. It also listed Fort Worth Zoo in the number two spot.

The 750-acre park in Hamilton, Ont., did not address requests for comment on the ranking or the sale.

On its website, the park says it’s “dedicated to the conservation of declining wildlife species” and “home to over 1,000 exotic birds and animals.” There are several game reserves, the site says, where mixed species roam.

The sale would have separated 15-year-old Emily from her daughter Gigi, and eight-year-old Nellie from her mother, Natasha.

Strong family bonds are at the core of elephants’ large social networks, said Catherine Doyle, the director of science, research and advocacy at the Performing Animal Welfare Society (PAWS).  Those between related females are especially deep ones.

In nature, she said, female elephants stay with their mothers for life.

“Separation of a mother from her offspring certainly would be traumatic for both of them,” she said, noting elephants are highly intelligent, have emotions, and even mourn their dead.

PAWS runs a sanctuary park in California, which is home to the last Toronto zoo elephants. Julie Woodyer, who is a campaigns director with Zoocheck Canada, worked to get them there.

She said accredited zoos, including African Lion Safari and Fort Worth Zoo, aren’t supposed to engage in activity that makes elephants a commodity, especially at such a high price that encourages people to round up and sell them.

While it’s not perfect, elephants in North America belong in sanctuaries like PAWS, Woodyer said. Though the zoos say they’re involved in conservation efforts, she calls the breeding programs an attempt at “green-washing” and says they’re rooted in replenishing zoo populations.

There is no plan to return these elephants to the wild, she said, and breeding them in captivity compromises their health. Woodyer said Canada is far too cold, meaning elephants spend the winter indoors, standing on hard material that damages their joints and feet.

“Keeping elephants in captivity in Canada causes them to die early,” she said.

If passed, the Jane Goodall Act — introduced by Manitoba Senator Murray Sinclair, backed by primatologist Jane Goodall — would prevent harm by keeping great apes and elephants in captivity in Canada, she said.

It’s following legislation passed on whales and dolphins. The bill would ban new captivity of great apes and elephants, except in certain instances, and imports of elephant ivory and hunting trophies.

Other advocacy groups, like Global March for Elephants and Rhinos Toronto who petitioned the sale, are also relieved.

Better to leave them in Hamilton

“The ultimate goal would be to relocate all the captive elephants to a sanctuary where they can have the opportunity to live out their lives in a safe, cruelty-free environment,” she said. “But until then, it is best that the two elephants remain at the African Lion Safari given the larger space compared to the size that would have been provided by the Fort Worth Zoo.”

Doyle said the sanctuary is still a captive situation, but one that can provide elephants with a more natural life. They forage all day long and decide who they’re going to socialize with each day.

“Ultimately elephants belong where they live. They belong in the wild,” she said.

CBC News also asked Fort Worth Zoo if it’s importing any other elephants from African Lion Safari instead of Emily and Nellie, but did not receive a response.

Being an elephant advocate, Anderson said, includes working against the trust you build as a child with zoos. Digging into the animals’ lives has been “gut-wrenching” and “heart-breaking,” he said, because it reveals the number of transfers and elephant experiences in captivity.

Anderson said elephants in the United States zoos have recently been dying, and he worries it will result in more imports from Asia and Africa. He called elephants in captivity “ghosts.”

Doyle said elephants live about 60 to 70 years in the wild. In captivity, their life span is nowhere near that, she said, even without being subject to poaching, drought, or proper nutrition.

“Zoos do not keep elephants captive to save elephants in the wild,” Anderson said. “In a matter of fact, it’s detrimental.”

Anderson hopes the zoo’s cancelled sale will encourage it to see that elephants herds in North America is just an “insane idea.”