Tesla issues $13.8 million in stock to buy trailers to take cars from factory floor to customers 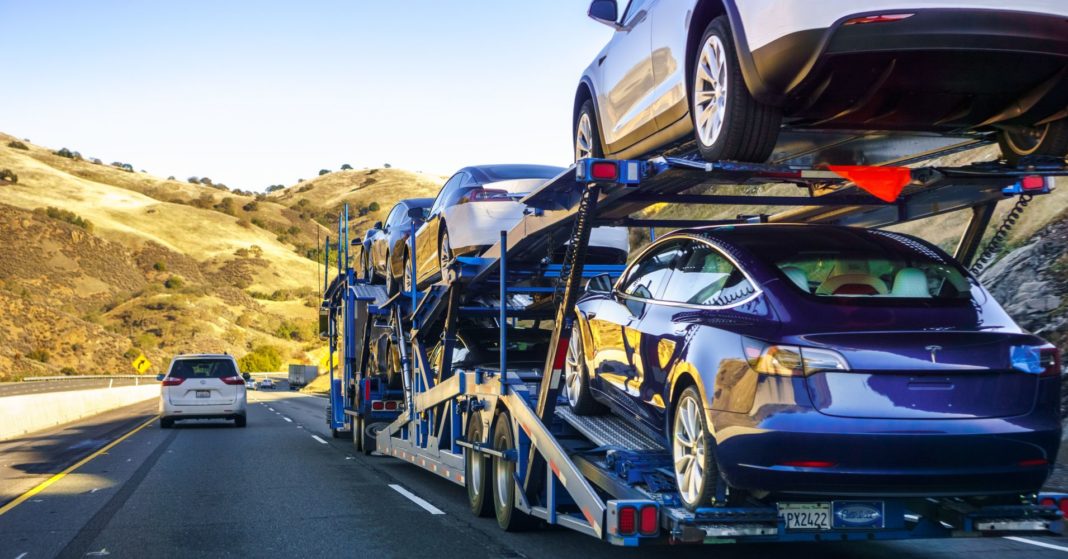 Tesla issued $13.8 million in stock to pay for trucks and trailers to transport its electric vehicles from the factory floor to customers, according to a new securities filing.

Instead of cash, the electric car maker used 49,967 shares at a maximum price of $277.05 a share as of Feb. 12 to buy the trailers from Central Valley Auto Transport, a California company that specializes in car carriers, Tesla said Monday in a filing with the Securities and Exchange Commission.

Central Valley Auto Transport hung up the phone during two attempts by CNBC to get comment. An email to the CEO wasn’t immediately returned outside of normal business hours. Tesla declined to comment on the filing.

Tesla said in its fourth-quarter shareholder letter that it is “continuing to purchase our own car-hauling truck capacity for vehicle shipments.”

Getting its cars from the factory to customers has been a challenge for Tesla in the past. Tesla CEO Elon Musk said in September that the company had moved on from its troubles producing the Model 3 midsize sedan to “delivery logistics hell,” but that the problem was “far more tractable.”