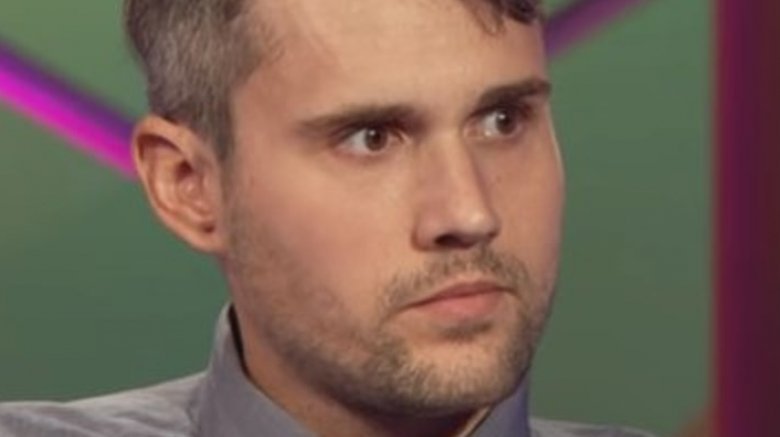 Congratulations are in order for Teen Mom OG alum Ryan Edwards and his wife, Mackenzie Standifer!

While Edwards unfortunately couldn’t be in the delivery room as he gets the help he needs, a source cited by the gossip rag revealed that his pregnant wife thankfully wasn’t alone at the hospital, as she had the welcome support of her mom and dad, Terran and Bobby, as well as Edwards’ parents, Jen and Larry.

Edwards, 30, and Standifer, 21, first revealed they were expecting their first child together during an episode of Teen Mom OG in late March 2018. According to Us Weekly, the married pair had openly discussed having a child together on the show prior to sharing their baby news. In one particular episode, Edwards told his wife, “I’m ready when you’re ready.” To which Standifer replied, “I think now is as good a time as ever.”

Both Edwards and Standifer have children from previous relationships. While Edwards shares 9-year-old son Bentley with fellow Teen Mom star and ex-fiancée Maci Bookout, Standifer is already mom to 4-year-old Hudson, whom she shares with ex-husband Zachary Stephens. According to Radar Online‘s recent report, Bentley and Hudson have reportedly met their little half-brother, who weighed in at 7 lbs., 1 oz. at the time of his birth.

As Nicki Swift previously reported, Edwards reportedly checked into an undisclosed facility in Alabama sometime in early September 2018 — marking his second stint in rehab for opioid abuse. Earlier this month, another insider hinted to Radar Online that Edwards, who “isn’t supposed to be out until February or March” of next year, would likely miss Jagger’s due date. The source added that Standifer had reportedly “moved out of the lake house they were in and is now living with her parents.” Meanwhile, the media outlet’s recent report claimed that mother-son duo will continue to live at her parents’ place.

At the time of this writing, Standifer has yet to publicly confirm the couple’s baby news. Additionally, it is currently unknown when Edwards will have the chance to meet their little bundle of joy. However, his mother has since taken to Twitter with a simple message which seemed to celebrate the family’s newest addition, writing, “Blessed!!”

The former 16 and Pregnant star went to rehab for the first time back in May 2017, shortly after he and Standifer tied the knot in a secret ceremony. Edwards released a statement after completing the 30-day stint, writing, “I made the decision to check myself into a rehabilitation facility. I am back home now doing well, and life could not be better” (via Us Weekly). He added, “Without the support of my wife and parents, I would not have been able to do this. Thank you all for your well wishes.”

Unfortunately, Edwards’ current stint in rehab comes on the heels of months of legal trouble. In late March 2018, he was arrested at his home in Tennessee for allegedly violating his probation, which stemmed from a 2017 heroin possession charge. He later pleaded guilty to a speeding charge after getting busted again in July. It was initially believed this second arrest was drug-related. However, as Edwards told E! News, it was apparently the result of a “misunderstanding” over the community service requirements of his probation.

Around the time that Edwards and Standifer announced their exit from Teen Mom OG this summer, he opened up about his journey toward sobriety while slamming the popular MTV series in a lengthy Instagram post. “They don’t want to show me or Mack in a happy light or that I am active in my recovery. I AM,” he wrote in part at the time. He also called attention to the epidemic of drug addiction with a text-post which read, “Life can take you higher than drugs. Stop drug abuse. Live life.”

Congratulations again to Edwards and Standifer on their exciting baby news! In the wake of this report, we hope that Edwards will continue to receive the help he needs during his recovery.