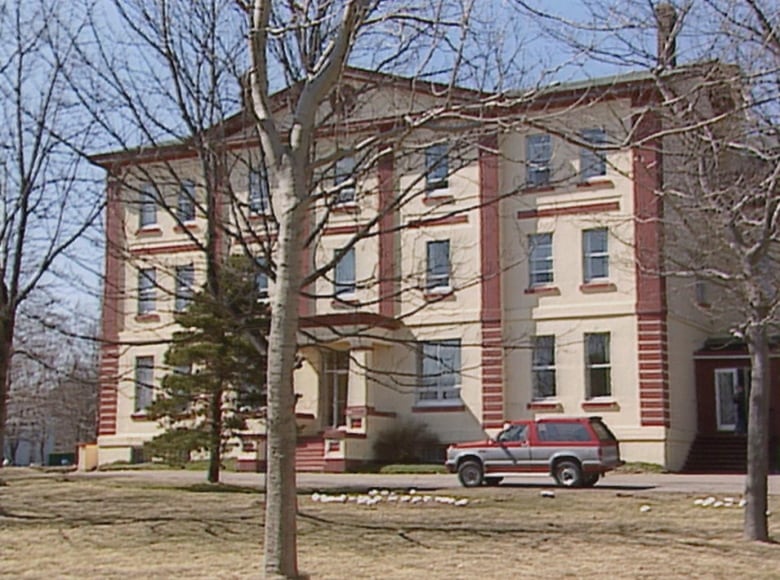 A young man from British Columbia alleges Joseph Burke — a former Christian Brother once convicted of abusing boys at a Newfoundland orphanage in the early 1970s — sexually assaulted him numerous times from 2007 to 2009.

The man, known as John B. Doe in court documents, says Burke was his teacher at Vancouver College, a K-12 private school run by the Congregation of Christian Brothers.

“I have been struggling with the effects of this abuse my whole adult life,” Doe wrote. “While I am determined not to have these events define who I am or how I live my life, my reality is that these events have damaged my mental health [and] impacted my ability to learn, study and work.”

Burke has not responded to the allegations set forth in court documents, which are part of a proposed class action lawsuit against several parties, including Burke himself.

The lawsuit takes aim at Vancouver College, St. Thomas More Collegiate in Burnaby, the Roman Catholic Archbishop of Vancouver and several Christian Brothers who were shuffled out of the notorious Mount Cashel Orphanage in St. John’s, N.L., during the 1970s.

The lawsuit alleges the archbishop and the schools must have known that six Christian Brothers were accused of — and in some cases, admitted to — assault against boys in St. John’s, before being shipped to the Vancouver area.

When the Mount Cashel scandal broke open in 1989, all of the men named in the most recent lawsuit were teaching at Vancouver College or St. Thomas More. That included Joseph Burke, Edward English, Edward French, Douglas Kenny, David Burton and Kevin Short.

All six were convicted of the historic crimes at Mount Cashel.

Where Burke differs, however, is that his indecent assault convictions were eventually overturned by the Supreme Court of Canada in 1996 due to inconsistencies in witness testimony.

The physical assault conviction remained, but Burke was granted an absolute discharge by a judge in Newfoundland and Labrador after his other convictions were tossed.

“It would obviously be in the public interest for a person of his calibre to return to the teaching profession,” wrote James Gushue, Newfoundland and Labrador’s former chief justice, in his sentencing decision.

An absolute discharge meant the offence only stayed on Burke’s criminal record for one year. Sometime after that, he was hired back by Vancouver College.

John B. Doe wants to know how that was possible.

“I am coming forward at this time to seek accountability for the harm that was done to me as a boy,” Doe wrote in his affidavit.

“Specifically, I want to understand how Joe Burke was allowed to return to a teaching position at Vancouver College after having been convicted for a criminal offence for his actions at Mount Cashel.”

Burke retired amid investigation in 2013

Documents obtained by CBC News show Burke was suspended with pay by Vancouver College in 2013 — nearly 40 years after the first allegations came to light at Mount Cashel.

He was accused of keeping a Grade 8 class after school for detention and ordering them to kneel on the floor with their hands in the air for three or four minutes at a time.

He retired soon after he was placed on suspension. His teaching licence was eventually revoked for non-payment of fees.

CBC News has reviewed five affidavits signed by men who say they were abused at the two B.C. schools between 1976 and 2009. They lay out allegations of sexual and physical assaults committed by teachers at the school.

One man described an atmosphere where abuse against boys was tolerated, and expected, among a staff filled with men transferred over from Mount Cashel.

Burke was a teacher and football coach when the man attended the school from 1985 to 1987. He said Burke would often batter him — striking him across the bare buttocks and sometimes fondling it — and told him his mother had approved of this type of punishment.

“I blamed her for the treatment I received,” he wrote in his affidavit. “I felt betrayed and unprotected and I lost trust in her.”

In a statement posted on its website, Vancouver College says, “the safety and well-being of our students is our number one priority. We take this responsibility, and the trust that is placed in us, very seriously.

“We have a comprehensive set of policies, protocols, screening processes and procedures in place to make our school a safe environment for students, faculty, and the entire Vancouver College community.”

At one point, the lawsuit also named the Archdiocese of St. John’s, which was held liable in 2021 for the abuse at Mount Cashel, alleging the church in Newfoundland should also bear responsibility for sending the abusers to British Columbia.

That portion of the lawsuit has been stayed, however, as the Archdiocese of St. John’s works through bankruptcy proceedings and sells off church properties to pay victims from Mount Cashel.

The proposed class action will begin a certification hearing on Monday, which is set to last seven days. After that, a judge will decide if the class action can proceed, or if the allegations should be split up into separate lawsuits.

Vancouver College is fighting for the latter.

“The procedural framework used for class actions is not the preferable process to address the claims being made,” the school said in a post on its website.

“Vancouver College seeks to respond to the claims in an individualized and more efficient manner.”