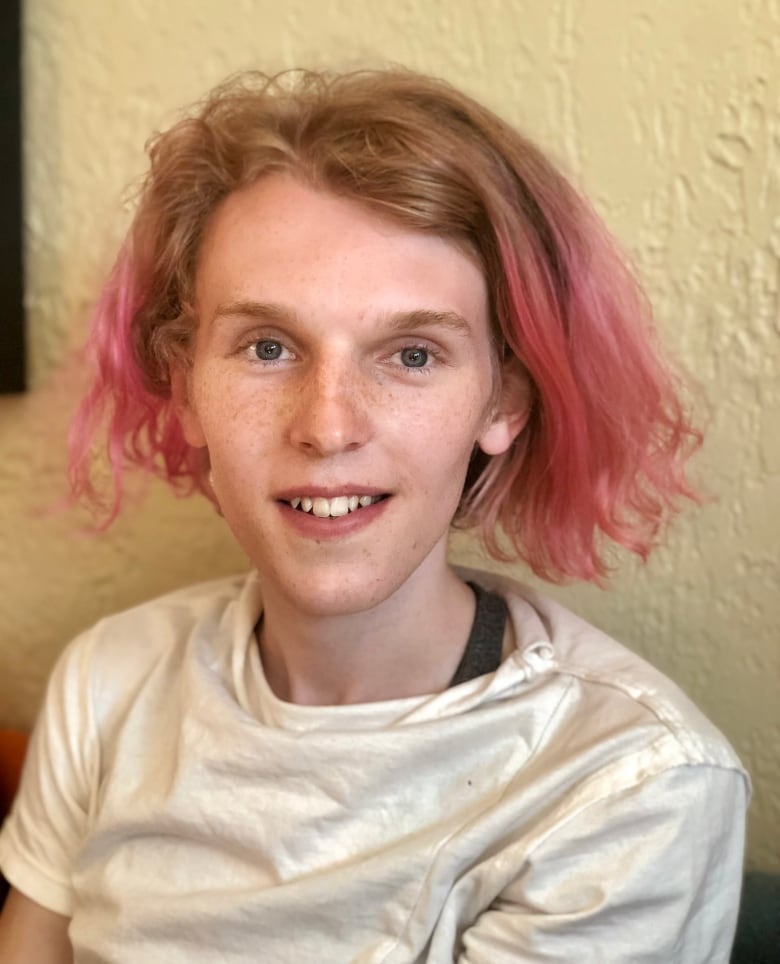 The chorus of former students from a private Saskatoon Christian school with stories of abuse and degradation is growing.

The school is now known as Legacy Christian Academy. The church has also undergone a name change, to Mile Two Church.

“This place has left a long trail of abused and damaged people. I’m glad we got out of that cult-ish community,” said 19-year-old Garrison Davis, the grandson of the church’s original pastor.

Saskatoon police are encouraging other alleged victims and their supporters to contact them.

“As police, we understand that the decision to file a formal report is a personal one, particularly when it relates to interpersonal violence,” reads the statement emailed to CBC News on Thursday. “We … encourage those who have information believed to be relevant to the investigation to come forward and support those who wish to make a formal report in doing so.”

Earlier this week, a CBC News investigation revealed 18 former students have filed criminal abuse complaints with the Saskatoon police. Since that story was published, CBC News has spoken to nearly a dozen more. Most say they will go to police.

The new allegations cover a wider time period than the initial complaints.

Davis said he was repeatedly paddled as late as the spring of 2012, and it was common to hear of similar assaults on other students at this time.

“It’s not like just getting swatted with someone’s hand. It’s a hard, wood paddle that they had specially made. It would absolutely leave pretty intense bruising [and would] be sore for days afterward,” he said.

School says it has apologized

The Supreme Court of Canada declared all corporal punishment by school officials to be illegal as of January 2004. Legal experts said any paddling or other force applied after that time would clearly constitute criminal assault, and private schools are subject to the same laws.

In the first, they said that paddling has not occurred in “more than two decades.” In the second, issued this week, they say they’ve “offered numerous public and private apologies” to students in recent years.

But students say paddling and other abuse was widespread for years after the Supreme Court ruling, and no student is aware of apologies of any kind.

CBC asked officials for letters, emails, videos or other evidence of previous apologies, but no one from the church or school responded.

‘A trauma I’m still dealing with’

Students say the lies must stop, and they want justice.

“It’s a trauma I’m still dealing with, [but] I want to stand up and talk about it,” said Kieran Friesen, whose estranged father was the principal of the school when he attended.

Friesen, who is transgender, said he was ashamed and confused about his identity throughout his time at the school. After graduation, he engaged in self-harm and contemplated suicide because of the enormous guilt.

“I always knew something was different. I couldn’t talk about it because we were always told anything different was wrong. I was in constant fear. I couldn’t be myself,” said Friesen, who is now living in Edmonton with his partner and two kids.

Friesen and others say they were inspired to finally speak publicly when they saw the interviews with fellow students. They said it showed them they’re not alone.

“I saw the story this week and decided I need to file a police report, and I needed to say something,” said Jillian Kudryk, who said she was paddled at least 10 times before she left the school in 2005 at age 15 because of deteriorating mental health.

Her brother, Kristian Kudryk, said he was paddled as a Grade 7 student in 2005 because of difficulties caused by an undiagnosed learning disability. Kudryk said he and others were forced to kneel in the school stairwell, extending their arms straight forward as the teacher stacked books in their hands. When their muscles failed and the books fell, they were forced to pick them up, give them back to the teacher and do it twice more.

“These people left a big scar on my life. It was a little cult,” he said.

Davis, Friesen, the Kudryks and others said the physical abuse was wrong, but the psychological and spiritual manipulation were worse.

When Kayla Pickles attended in the late-1990s, she said the director would often call her into his office after she broke one of the school’s many rules, such as questioning a teacher. She said he would scream and yell at her for two or three hours at a time.

“He said I was filled with the devil and giving in to the dark side,” Pickles said.

‘It should’ve been closed down long ago’

In the statement this week, school and church officials say they’ll support any former student who asks.

“We have and will cooperate fully with any officials or authorities that are investigating their actions,” read the statement.

“We continue to encourage and support any former student who believes they were abused or assaulted to file a report with the police so these matters can be investigated and dealt with properly and legally.”

On Wednesday, the Saskatchewan NDP called on the provincial government to suspend more than $700,000 in public funds given annually to the school, until these serious allegations can be investigated.

Education Minister Dustin Duncan’s office said no action will be considered until the police investigation is complete.

The file has been passed to Crown prosecutors to consider possible charges. But an email sent to students says that process could take another year.

Most students interviewed say Duncan needs to step in to protect other children, and the entire institution must be shuttered permanently.

“It just sickens me,” said former student Brooke Parr, 25. “I think it should’ve been closed down long ago.”