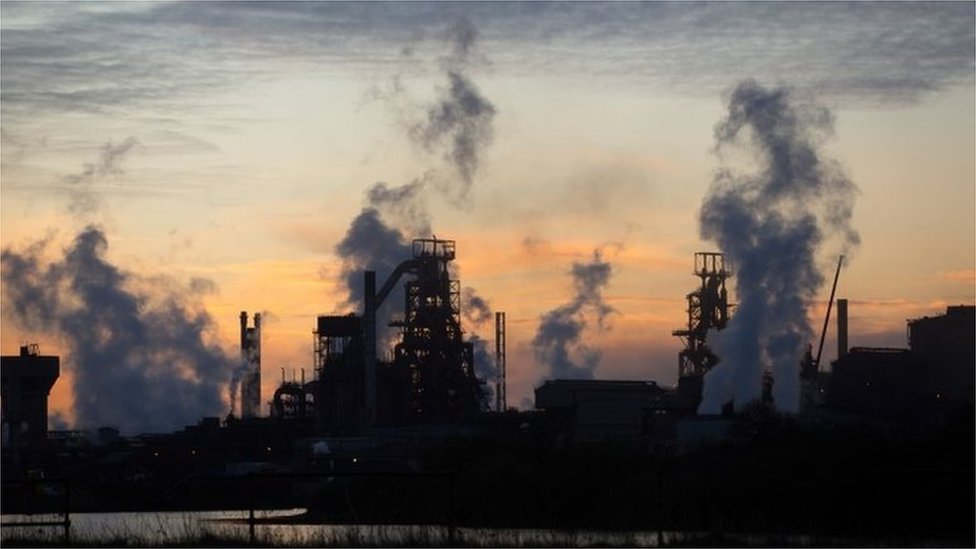 Unions have welcomed a merger between Tata Steel and Thyssenkrupp which will create Europe’s second-biggest steelmaker.

The deal will mean Indian-owned Tata’s UK plants are merged into a pan-European venture, which includes the UK’s biggest steelworks at Port Talbot.

Tata said its “ambition” was to not have any compulsory redundancies in the UK as part of the joint venture.

The steelworkers’ union said the deal may secure jobs and lead to investment.

Community general secretary Roy Rickhuss said it had “the potential to safeguard jobs and steel-making for a generation”.

But he also warned the venture would only succeed if there was strategic investment to make sure the business thrived.

German-owned Thyssenkrupp’s supervisory board gave the go-ahead to the merger on Friday – the two companies have been in negotiations for more than a year.

Between them, they employ about 48,000 workers.

The merged group anticipates it will make costs savings of between £350m to £440m a year.

When details of an initial agreement emerged last September, both sides said they expected about 4,000 jobs would go as a result of the merger, half from administration and half from production.

In Wales, almost 7,000 people are employed by Tata, including at Deeside and more than 4,000 in Port Talbot.

Tata had announced in 2016 that it wanted to sell off its entire UK operations – before scrapping plans and optioning for a merger deal.

This merger is a safeguard measure. It protects jobs rather than creates them. And it establishes a pan-European company – better able to face the rigors of world markets.

No threat is more immediate than that of a growing tariff war initiated by President Donald Trump.

His 25% tariff on all steel being sold in the US has created fears that steel from China, or elsewhere, might be diverted to Europe and sold below what is charged in its home market – a practice known as dumping.

And then there’s Brexit. When asked what impact that could have on the new Anglo-German firm, Tata Steel UK chief executive Bimlendra Jha said he needed to be able to easily move his products and people across borders. When asked what it would mean if the UK could not secure that outcome, he said that would be “a sorry state of affairs”.

Preserving 7,000 steel jobs in Wales was always going to be the goal, but political events on both sides of the Atlantic may dilute some of the benefits of this merger.

While welcoming the deal, unions also wanted an end to uncertainty for workers.

“We will be seeking guarantees over jobs and investment for the UK operations of the joint venture to secure the future of UK steel,” he added.

Ross Murdoch, national officer of the GMB, echoed his comments.

Thyssenkrupp chief executive Heinrich Hiesinger has previously said the two companies needed to consolidate and become more efficient because of increasing pressure from imports and an overcapacity within the industry.

More recently, European steel makers have faced 25% tariffs on exports to their biggest market, the US.

“The joint venture with Tata Steel is an important milestone for the transformation of Thyssenkrupp to an industrials and service group and will lead to a significant improvement of the financial figures of Thyssenkrupp,” the group said in a statement.

It added that the “signing of the definitive agreement is expected shortly” and that the deal would be subject to clearance in several jurisdictions, including the European Union.

Natarajan Chandrasekaran, chairman of Tata Steel, said: “This is a significant milestone for Tata Steel and we remain fully committed to the long-term interest of the joint venture company.

“We are confident that this company will create value for all stakeholders.”

The venture will create the second biggest steel firm in Europe after Arcelor Mittal.

The new company, called Thyssenkrupp Tata Steel, would have annual sales of about £13bn and be based in the Netherlands.