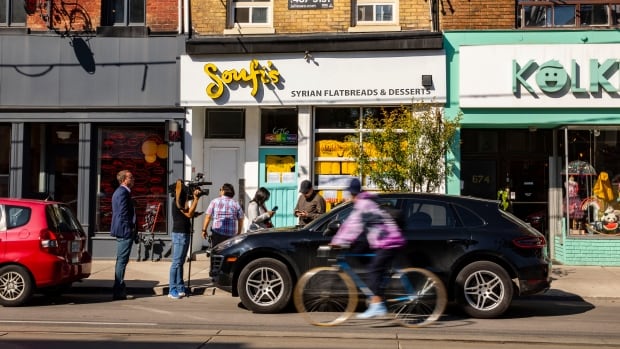 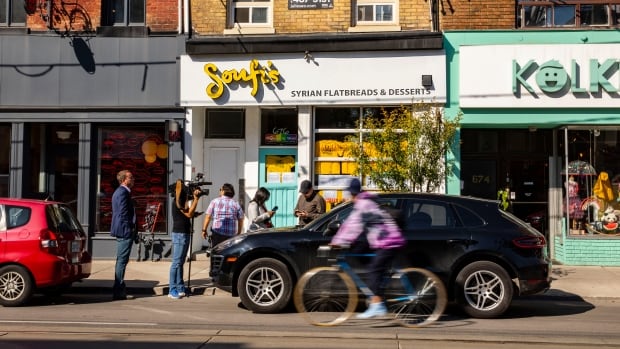 The Syrian owners of a Toronto restaurant they closed after receiving death threats are holding a news conference Thursday morning, a day after the family announced its intention to reopen the business.

Husam and Shahnaz Al-Soufi are speaking at Soufi’s downtown eatery on Queen Street West. They’re being joined by Mohamad Fakih, CEO of Paramount Foods, who is helping the family resume business despite what he calls “intimidation and hate.”

The Al-Soufi family said it started receiving the threats — which Toronto police are set to investigate — after their eldest son protested outside a September event in Hamilton featuring People’s Party of Canada Leader Maxime Bernier.

The event became the source of controversy when people protesting Bernier’s presence were seen physically blocking and verbally abusing Dorothy Marston, a senior trying to enter the venue.

The Al-Soufis confirmed in a statement that their son, Alaa, was at the protest to stand up against oppression, but also regrets what happened to Marston.

“That said, he did not in any way verbally or physically assault the elderly woman, and has nonetheless offered to apologize personally for not doing more,” the statement said.

Despite the family’s appeals, it received numerous violent and racist online threats. Those threats, they said, potentially put them, their staff and patrons in danger, and therefore they had no choice but to close.

Fakih, whose Paramount Foods shops have popped up across the GTA, has had his own run-ins with online hatred.

Last May, he won a $2.5-million lawsuit against a former Mississauga, Ont., mayoral candidate who made, as the judge described, “hateful Islamophobic” comments against him in an online video.

A representative from the local business improvement area will also be on hand for Thursday’s news conference.