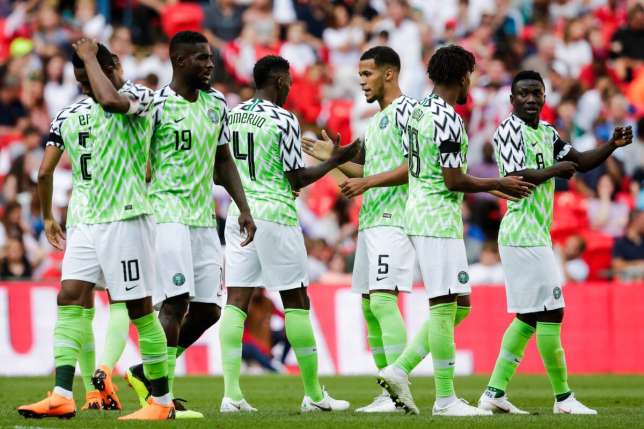 The Super Eagles of Nigeria move from 47th to 48th in the latest World Ranking.

The Super Eagles of Nigeria have dropped in the latest FIFA Ranking just before the 2018 FIFA World Cup.

After remaining in the 47th position in the last ranking, the Super Eagles have dropped to 48th in World Football.

The Super Eagles have played three games since the last ranking although it is not known how much impact the results had in this latest one.

The Super Eagles have also dropped one place among the top African teams in the latest FIFA Ranking from sixth to seventh.

Germany continue to rule world football in number one position followed by Brazil, Belgium, Portugal and Argentina who remain in their positions from the last Ranking.

Switzerland, France, Poland, Chile and Spain make up the top 10.