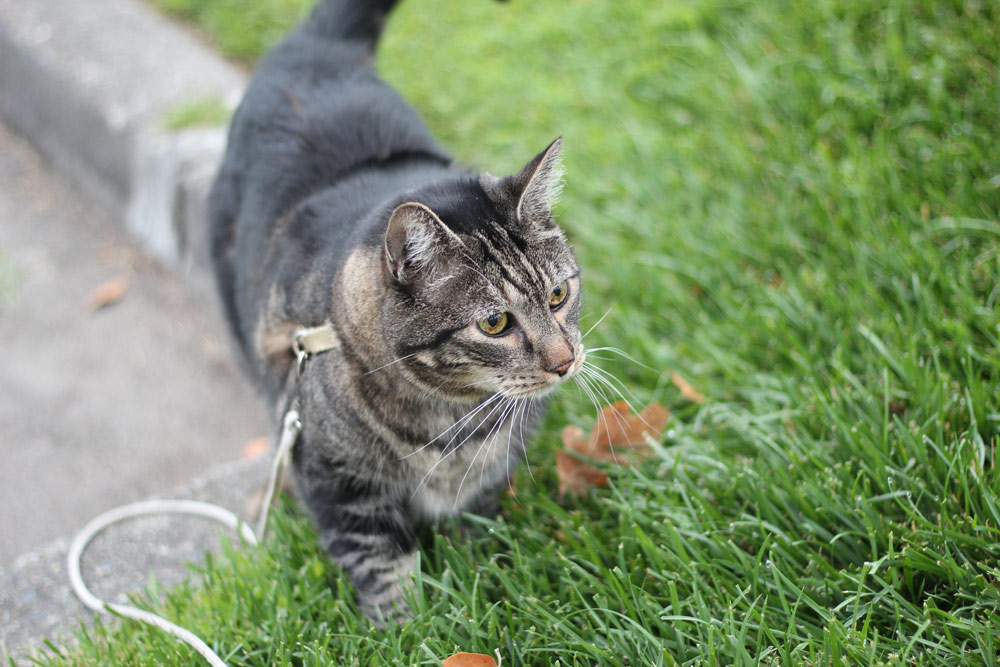 Our tabby was on fire this morning! I think something must have transpired overnight…either an alley cat jamboree, or perhaps a raging party with the local wildlife. I don’t know, but Tabs was in full-on poofy-tail mode, which was surprising because, you know, he’s kind of the king of the circle. He really doesn’t have anything to prove, so when we’re inspecting the neighborhood during our early morning rounds, it’s more of a maintenance thing. Sniff this corner, check out that corner. OK, everything’s copacetic, but today he was full-on orange alert tabby — tail poofed, big jumps off curbs, lots of intense wall sniffing. 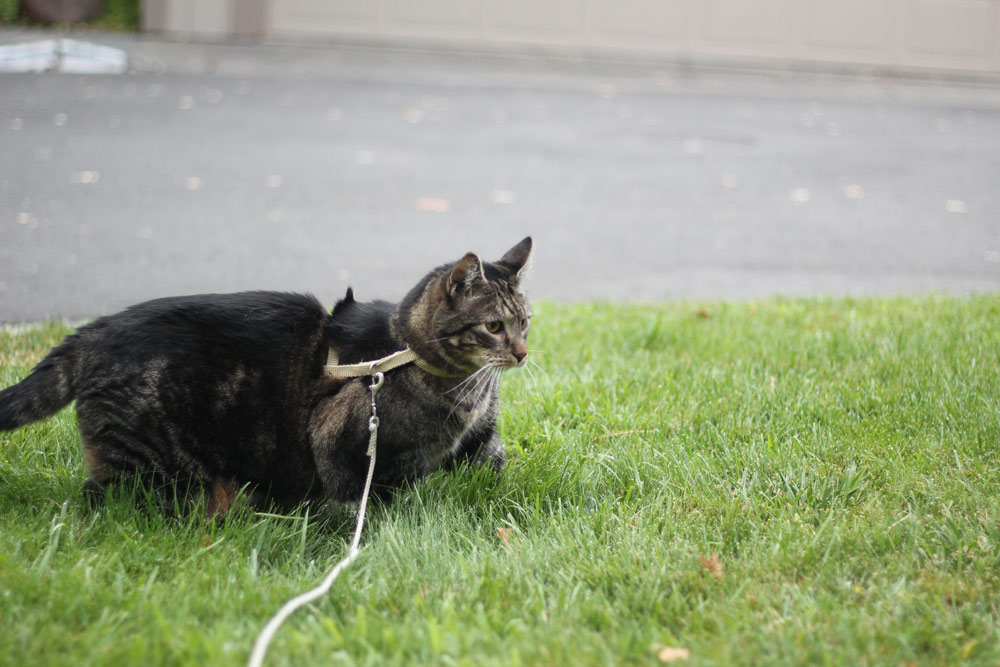 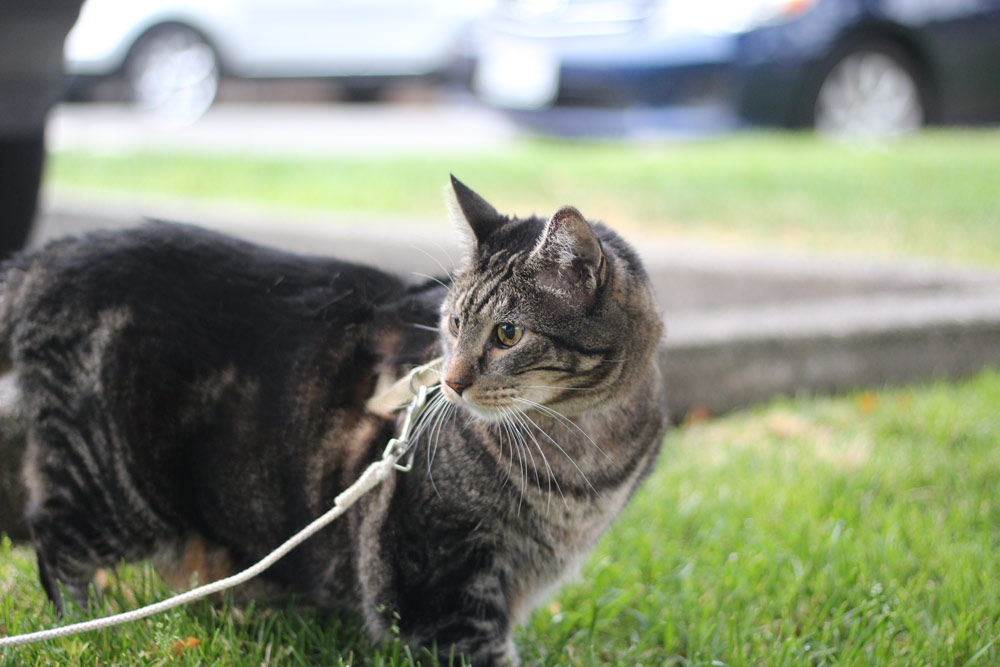 I asked him if he was concerned, and he said no, but from his body language, I think he might have been a little bit nervous… But he’d never admit it. He’s too much of a cool cat.

I mean, I know that the “tail poof” is supposed to be a signal, but I kind of wish that his tail was that poofy all the time, like a bottle brush tail. I think it would be extra cute on him. 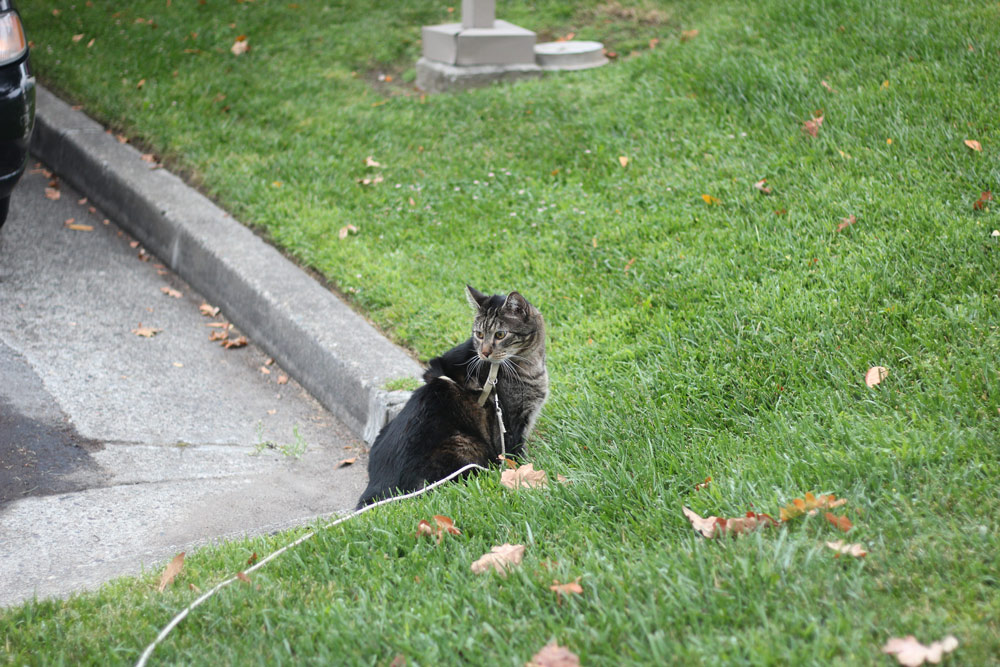 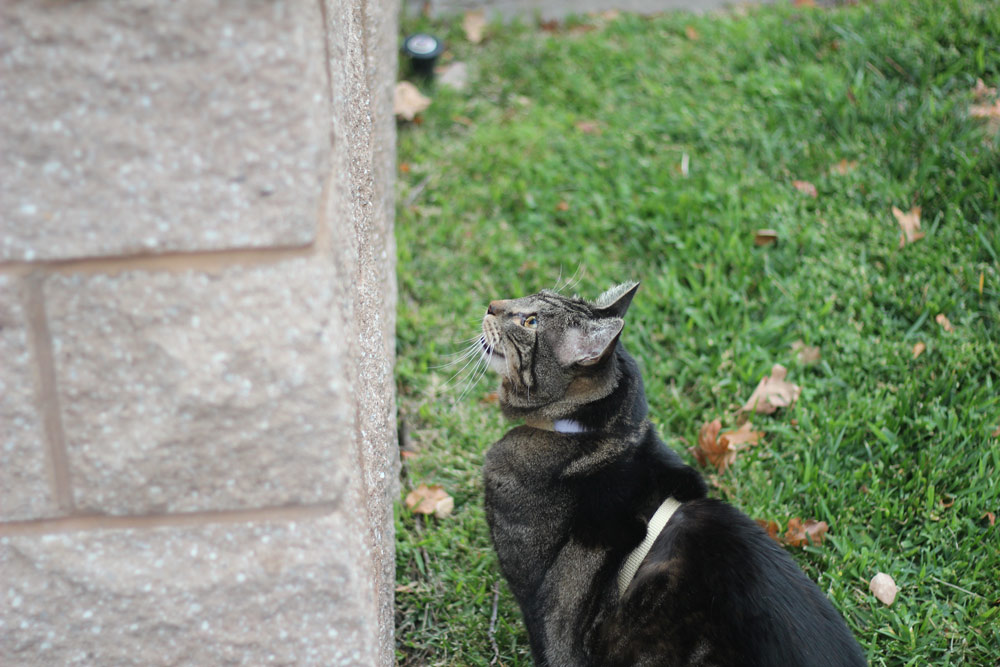 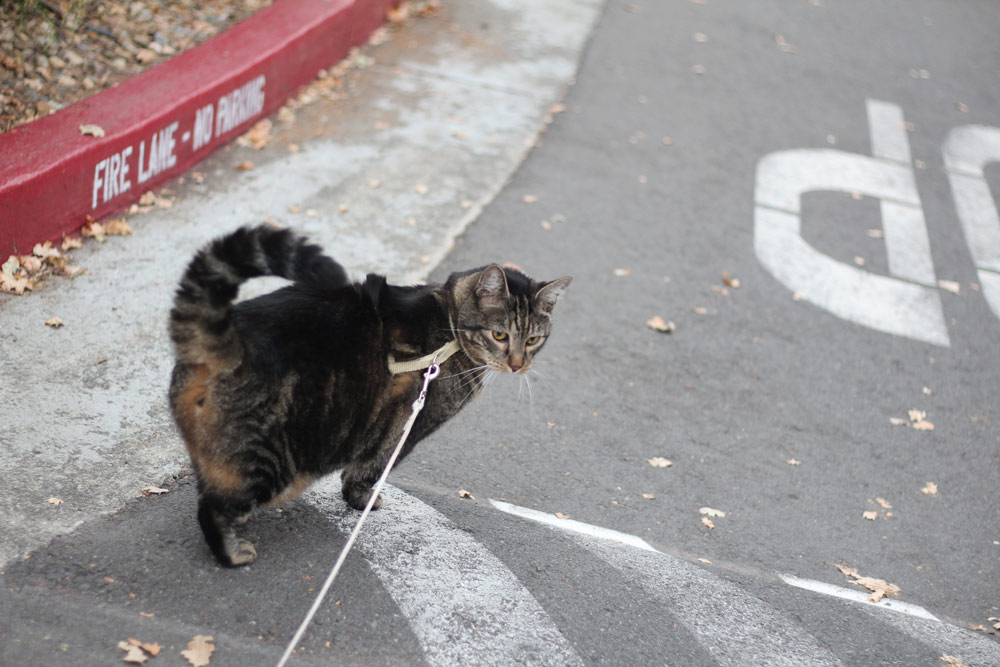 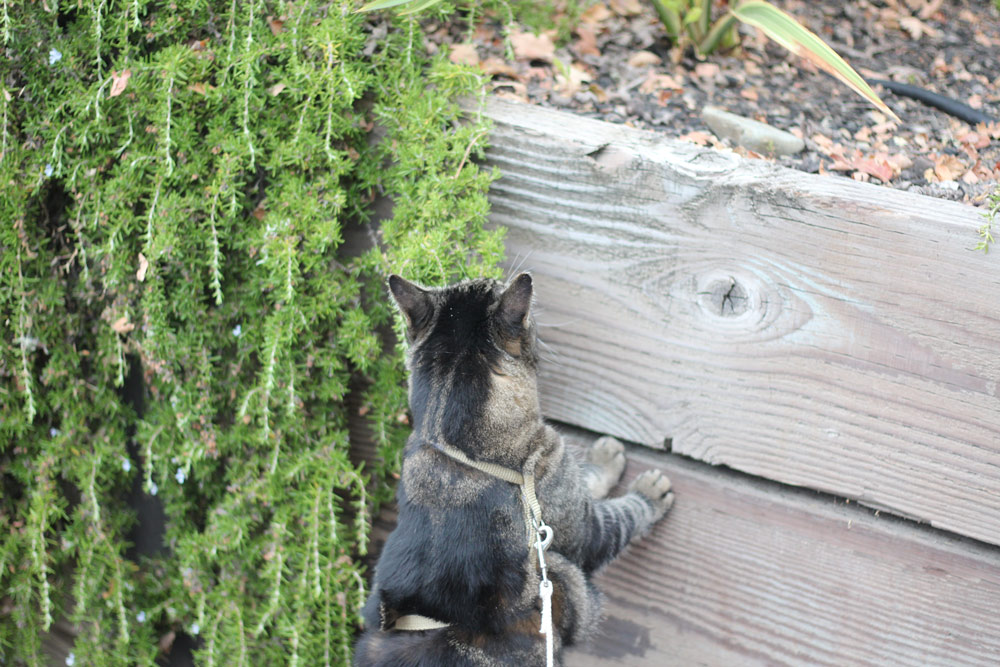 Oh, and can I just say — side note — that I caught Connor inspecting his crunchies this morning, and Tabs was such a good brother that he didn’t even get mad at her. He just let her check out his food.

Some cats are possessive, but he’s not. 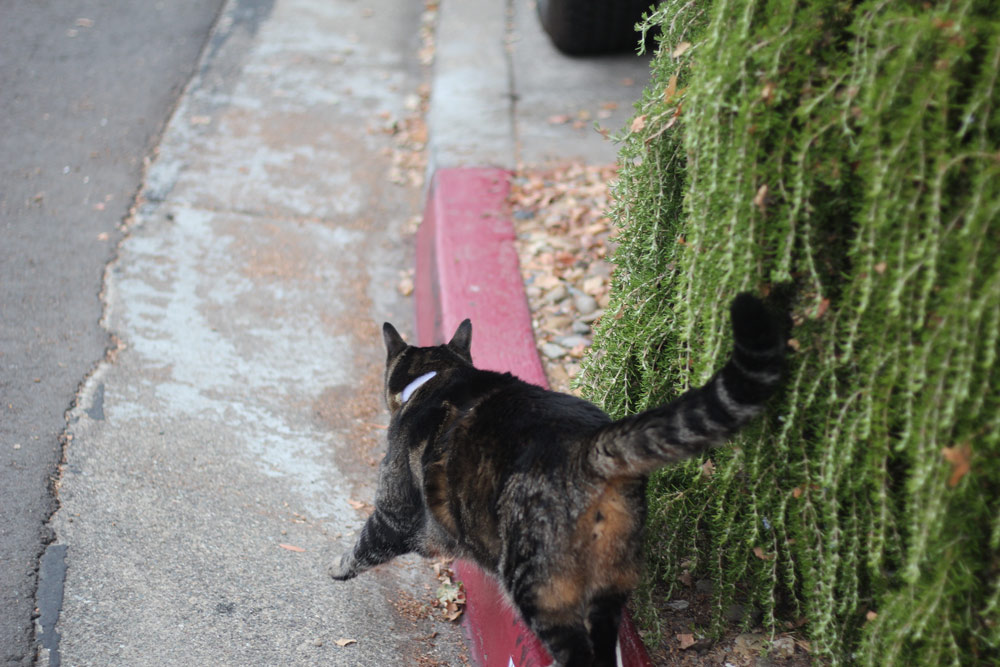 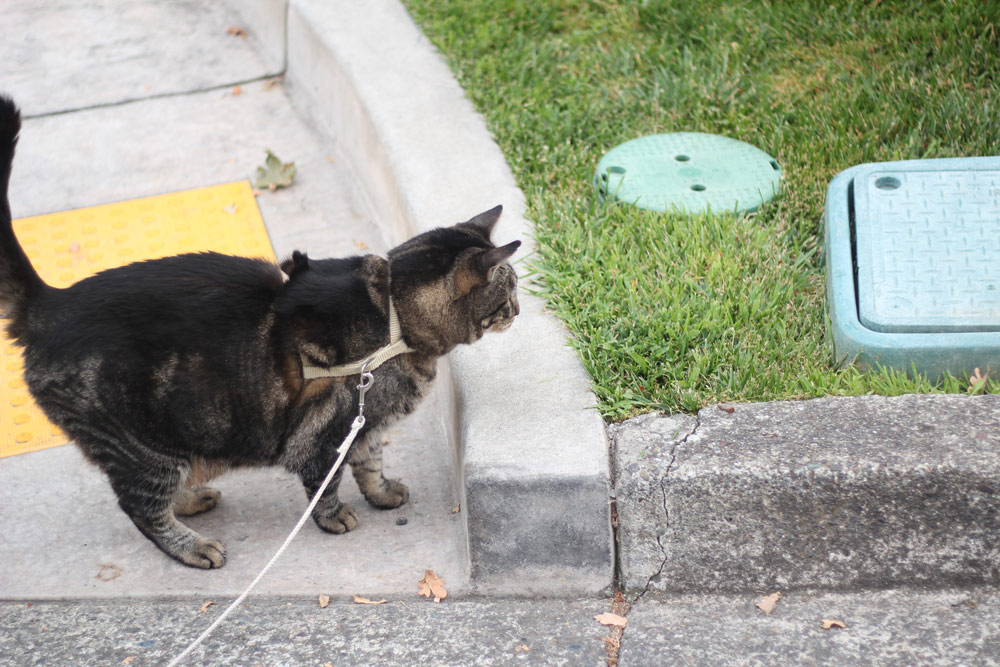