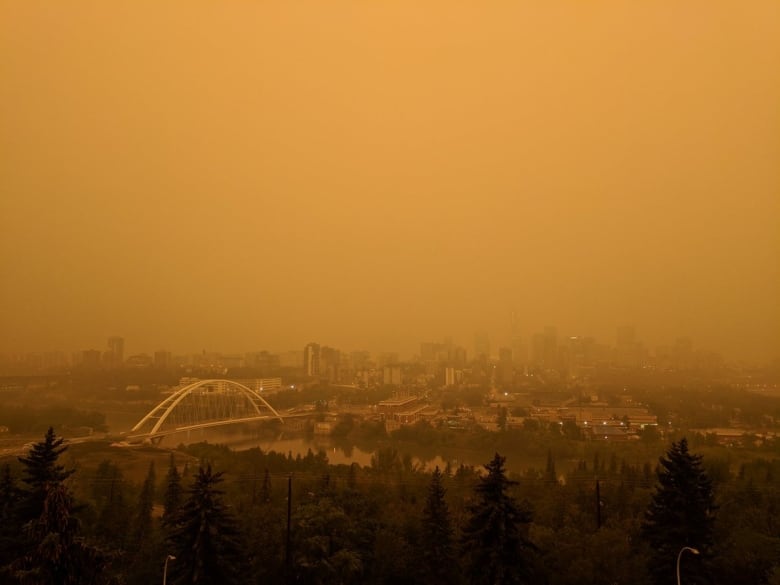 When wildfire smoke descends, Payton Knight is housebound, suffocated by the air outside.

The young Alberta girl spent most of last summer inside. Smoke from hundreds of wildfires burning in B.C. drifted into the province and hung stagnant in the air for weeks in the thick August heat.

“It’s kind of hard to breathe,” Payton said from the edge of a pink princess bed she shares with a purple unicorn, stuffed tiger and fluffy caterpillar.

“I felt really bad because I couldn’t go to school and see my friends. I didn’t like being inside.”

While her cousins and two young brothers played in the yard of the Leduc County acreage, Payton was so sick from the smoke she could barely get out of bed.

She was pale, lethargic and losing weight, On her worst days, each shallow breath would rattle in her chest.

“She went from being bubbly and fun to sleeping all the time,” said Payton’s mother Alyssa Knight. 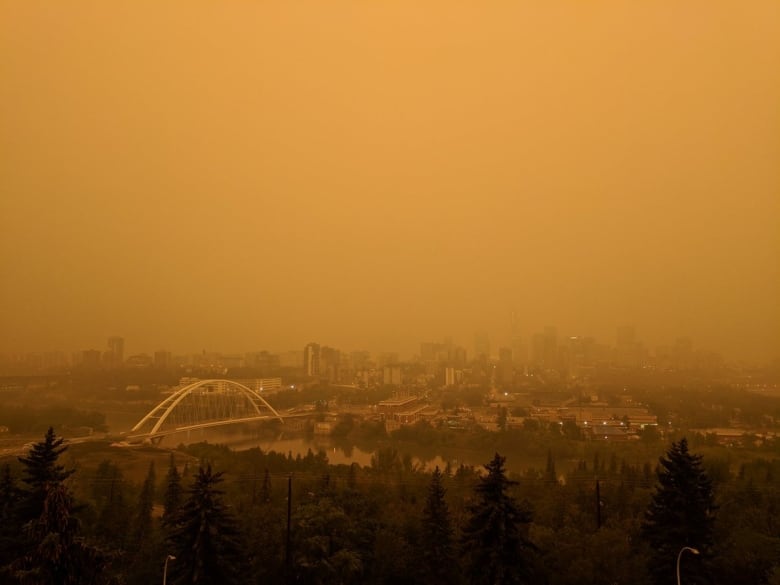 Views of Edmonton’s river valley were dystopian as wildfire smoke cloaked the city in the summer of 2018. (@Raptor_Chick/Twitter)

Payton has struggled with breathing problems since she was an infant. One night, when she was five weeks old, her body went limp, her skin turning ghostly pale.

Her mother performed CPR on the kitchen table. Paramedics on the ambulance ride to the city struggled to find a pulse.

“I was completely terrified, not knowing how to take care of her or how to fix whatever problem was going on,” said her father, Dwayne Knight.

“Seeing your child sick is one of the most heartfelt things you can ever feel, knowing that she’s sick and you don’t know what to do about it.”

Payton was revived that night, but it would take doctors another two years to figure out what was wrong.

“It just kept happening,” Alyssa Knight said. “She just was always having trouble breathing and it took a really long time to get anybody to believe me.

“That time in our life was crazy. We don’t like to think about it.”

A diagnosis of severe allergic response asthma came as a relief to her parents.

Until recently, children with respiratory illness could be taught to manage their symptoms, said Dr. Anne Hicks, associate professor of pediatric respiratory medicine at the University of Alberta.

But in the era of climate change, wildfire smoke can settle over much of the province for days, exacerbating symptoms and making every-day activities dangerous, turning a warm summer day into a trigger for an asthma attack.

It’s the new reality for thousands of children, as wildfires become the norm across Western Canada.

“I think a lot of people are actually very concerned … knowing that their kids are growing and developing and they may experience different impacts than adults,” Hicks said from clinic waiting room on a rare quiet afternoon.

Even children who usually don’t have breathing problems are developing symptoms. Those with asthma have been struggling like never before, Hicks said.

There is very little information that will reassure families.– Dr. Anne Hicks

The contents of wildfire smoke and its effects on humans can vary widely depending on the material burning, if the fire is smouldering or flaming, weather conditions and distance from the fire. 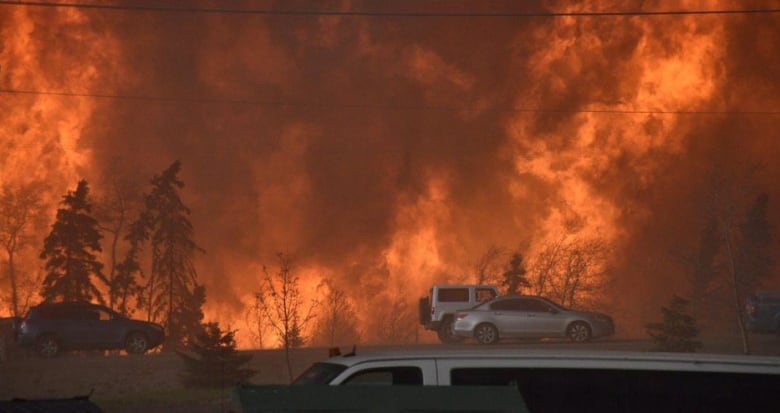 A wall of fire rages outside of Fort McMurray, Alta during the city-wide evacuation. The community is now being studied for traces of ash contamination. (Terry Reith/CBC)

There is a lack of research on the long-term effects of repeated exposure of smoke on children — or the lingering pollution the smoke can leave behind months, even years after the fire is extinguished.

For answers, Hicks is looking 430 kilometres north of Edmonton to Fort McMurray, a community ravaged by wildfire in the summer of 2016.

Hicks is collaborating with a team of researchers from the University of Toronto to measure the traces of ash contamination in the northern Alberta community.

The researchers have been taking breath and urine samples, swabbing the faces and the electronic devices of residents, looking for dangerous contaminants both inside people’s homes and their bodies.

Hicks’ work within the project focuses on the long-term health impact on young children.

“With so many wildfires now affecting populated areas, we are seeing more concern about those big questions,” Hick said.

“There is very little information that will reassure families that they can indeed safely return to their home communities.”

Researchers with the University of Toronto have released a preliminary report on ash contamination but Hicks continues to recruit participants for her portion of the research.

The Knight family is feeling uneasy about the wildfire season ahead, but better prepared to handle the haze.

The smoke will remain a trigger for Payton’s symptoms but, since her diagnosis, her asthma is now being properly medicated. Her exposure to environmental triggers is being carefully managed.

She still has bad days but her asthma is responding well to treatment.

“Fingers crossed. I’m hoping that we’re able to go outside a lot more,” said Alyssa Knight. ” It takes its toll on them, staring at these four walls all the time.”

Payton, meanwhile, is taking ownership of her health. She dreams of becoming a physician and looks forward to her monthly visits to Hicks’ office which she describes as “doctor school.”

Watching her daughter leap around the living room, Knight breathes a sigh of relief.

“I just watch her stand here and twirl. Her now compared to two years ago, she’s completely different,” Knight said.

“She used to lose her breath and have to sit down after doing a couple of spins and she doesn’t have to do that now. She just can go.” 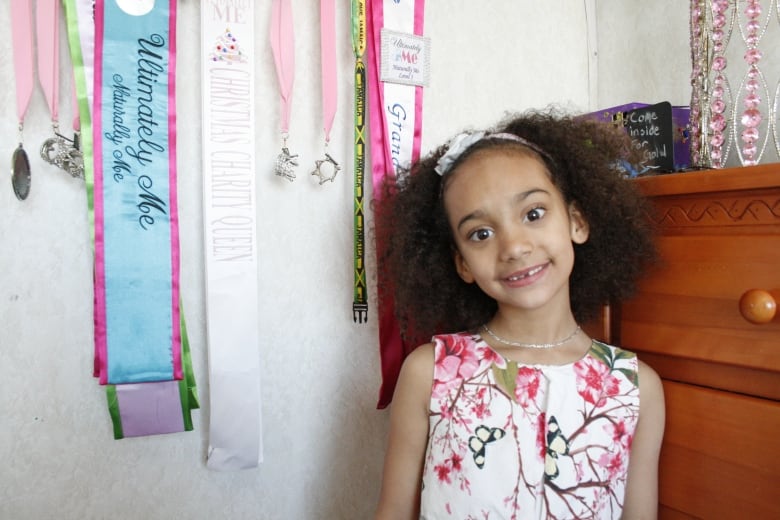 With a clear diagnosis from doctors, Payton Knight and her family is feeling better prepared for another smoky summer. (Wallis Snowdon/CBC)