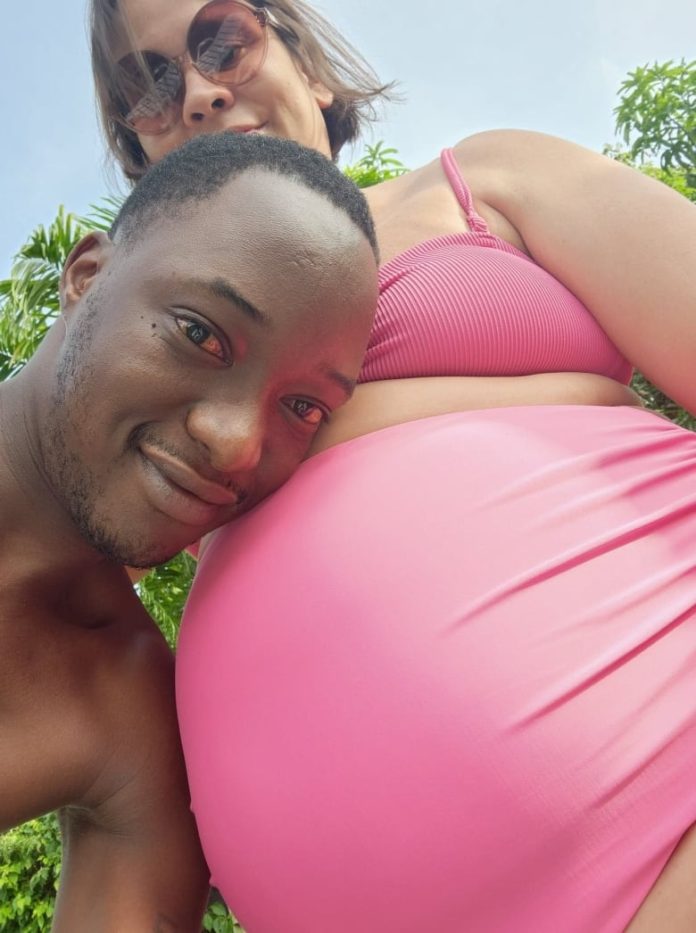 A Sudbury, Ont., woman says her Jamaican husband has been turned down for Canadian residency and they’re appealing immigration officials’ decision, but in the meantime, he could miss their child’s birth in October.

Ariella Ladouceur said she and Cordell James got married in October 2020, and recent efforts to have him come to Canada have not been successful. The couple met in 2018 while working for the same airline.

“There is a visitor’s visa that they can do, but once they’ve been denied for a spousal application, there’s a huge likelihood they will be denied for the tourist visa because they won’t believe that he’s going to leave the country once the visa expires,” Ladouceur said.

In June, Ladouceur and her husband met with a Canadian immigration officer in Kingston, Jamaica, and it did not go well, she said.

She said the immigration officer told her they often see cases where Jamaican men who already have children will divorce their Canadian wives after they emigrate, and then bring over their partners from Jamaica.

Ladouceur said her husband has three children from a previous relationship, but he and the woman were never married.

“I know his relationship with his ex. There’s no chance of any reconciliation between them,” Ladouceur said. “I know why they broke up.”

Ladouceur said she felt as though the immigration officer had made up his mind about her husband ⁠— that he would divorce her and get back with his ex-partner— before the interview even started.

“Any answer that I gave, he tried to twist it around to fit his narrative,” she said.

“I just knew it was probably just a formality to have us come in there for the interview. But he had already made up his mind.”

In an email to CBC News, Isabelle Dubois, a spokesperson for Immigration, Refugees and Citizenship Canada (IRCC), confirmed an immigration officer denied James’s application for permanent residency in Canada.

“On June 16, 2022, Mr. James’s application for permanent residence was denied, as the immigration officer was not satisfied that the relationship between Mr. James and Ms. Ladouceur is genuine, nor that it has not been entered into primarily for the purpose of acquiring status or privilege under the Immigration and Refugee Protection Act,” the email said.

Dubois said a marriage for immigration purposes is among the most common reasons overseas spousal sponsorship applications are denied.

Other reasons include the applicant not having the required documents, and not answering the immigration officer’s questions truthfully.

It’s honestly, it’s taken the joy out of my pregnancy.​​​​– Ariella Ladouceur

“The government of Canada recognizes that the majority of relationships are genuine and that most applications are made in good faith,” Dubois said in the email. “However, to protect the integrity of our immigration system, officers must do their due diligence to determine whether a marriage is genuine.”

In 2021, IRCC approved 67,496 applications for permanent residency under the “spouses and partners” category, and refused 3,393 applications. The refusal rate was 4.7 per cent.

Dubois added that Immigration Canada did not have any notes on file about Ladouceur’s pregnancy.

But Ladouceur told CBC News she showed the immigration officer letters from her family physician and obstetrician, along with some ultrasound photos, proving her pregnancy.

“Honestly, it’s taken the joy out of my pregnancy,” Ladouceur said.

“I can’t get excited about setting up the nursery, or getting the crib or any of that stuff because there’s a person that’s missing it.”

Ladouceur said she and her husband have appealed the decision denying her husband permanent residency, but the process can take up to two years.

She said they are waiting on a file from the Jamaican government, but have a Nov. 2 deadline to send it to Canadian officials.

“We won’t get a date for me to go talk to anyone until that file has been received,” Ladouceur said.

For its part, IRCC said it is “committed to a fair and non-discriminatory immigration system” and has zero tolerance for racism or discrimination of any kind.

In the area of immigrant and refugee selection, the IRCC said, it has analyzed approval rates based on country of origin and built a data collection plan to identify any “inequities and biases in our policies and programs.”