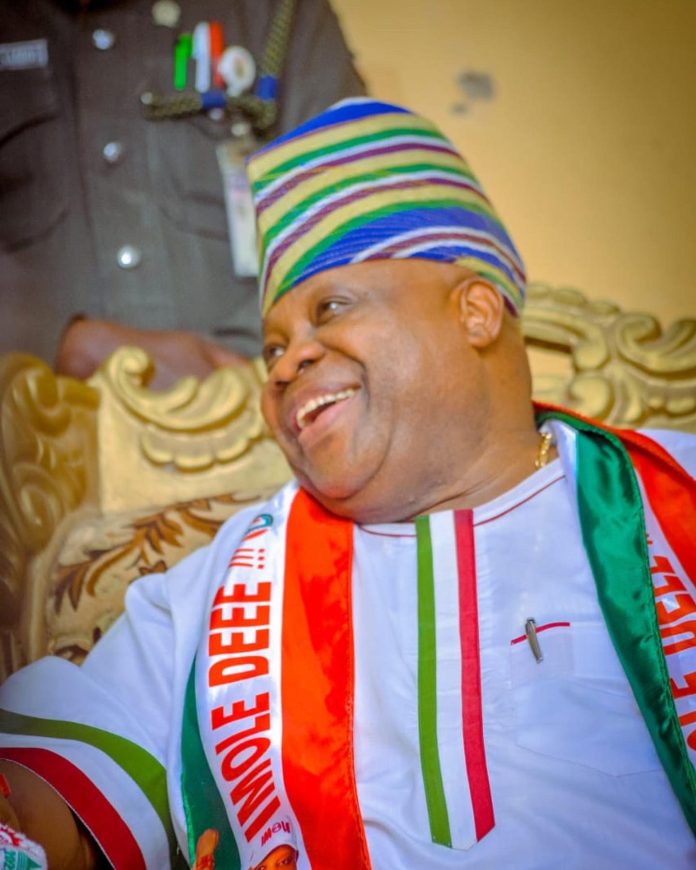 The National Youth Council of Nigeria (NYCN) Osun State Chapter has congratulated the Governor-elect, Senator Ademola Adeleke over his victory in the July 16 gubernatorial election.

The youth council also appreciated the Independent National Electoral Commission (INEC) for conducting a “reliable voting system with the use of BVAS which further encourages the electorate to vote en mass.”

In a statement by the Chairman of Osun NYCN, Abdulazeez Ismail, he also congratulated the youth of the State for the peaceful conduct during the electioneering period.

“We need to generally appreciate everyone/agencies/parties that took part in the just concluded election as everyone has compote themselves in a civil manner in order to avoid crises, witness free, fair and credible election as we hope for further improvement in 2023 general election,” he said.

According to him, Osun State remains one of the peaceful states in Nigeria and however, warned all parties to continue to maintain the peace the state is enjoying.

“As Osun remains one of the most peaceful state in our dear country, we also urge all parties to continue to maintain the peace we’re enjoying,” he said.