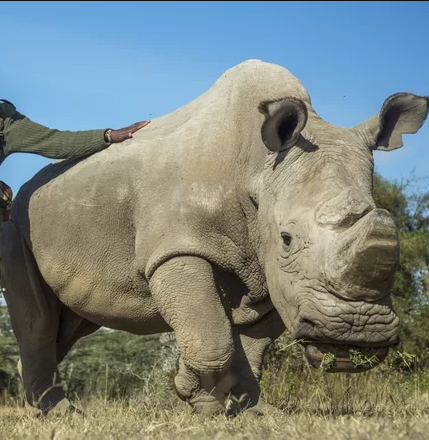 The last surviving male nothern white rhino in the world has died at the age of 45, leaving only two female rhinos in the world.

Sudan, who lived at the Ol Pejeta Conservancy in Kenya, died after months of poor health, his carers say. He was put to sleep on Monday after age-related complications worsened significantly. 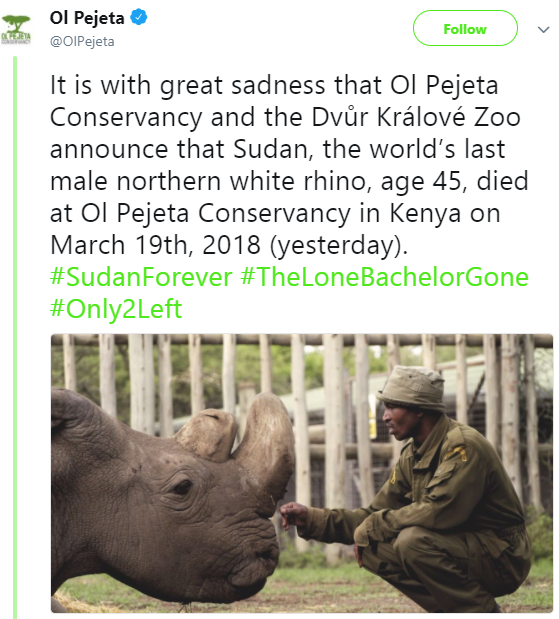 His death leaves only two females – his daughter and granddaughter – of the subspecies alive in the world.

Speaking of Sudan’s death, Jan Stejskal, an official at Dvur Kralove Zoo in the Czech Republic, where Sudan had lived until 2009, said: “His death is a cruel symbol of human disregard for nature and it saddened everyone who knew him.”

“But we should not give up,” he added in quotes carried by AFP news agency.

“We must take advantage of the unique situation in which cellular technologies are utilised for conservation of critically endangered species. It may sound unbelievable, but thanks to the newly developed techniques even Sudan could still have an offspring.”