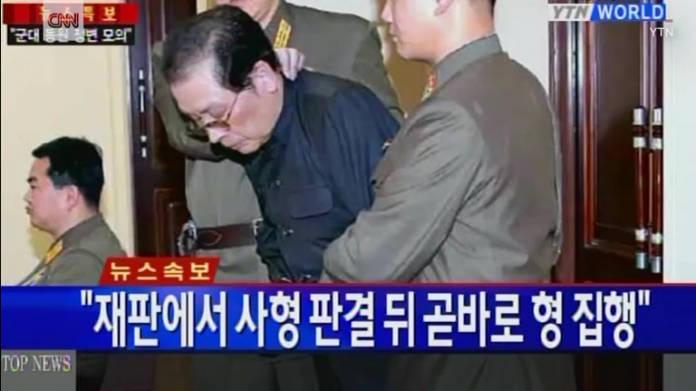 There is a strong possibility that North Korean leader Kim Jong Un is in Beijing, an official with deep knowledge of North Korea told CNN.

The visit comes weeks before Kim’s planned summit with South Korean President Moon Jae-in and a potential meeting with US President Donald Trump.
Heavy security in Beijing and the presence of what appears to be a train that belongs to North Korea’s ruling Kim family had been fueling speculation that Kim, or another high-level representative from Pyongyang, was in the Chinese capital for talks.
A large security presence remains outside the Diaoyutai State Guesthouse, where North Korean leaders have previously stayed. Police ordered a CNN crew to leave the area just minutes after they arrived early Tuesday morning.
China’s Ministry of Foreign Affairs said Monday it was “not aware of the situation” when asked whether a North Korean official had arrived in the country.
Traffic in parts of the city was brought to a standstill, with roads closed near Diaoyutai in western Beijing and south of Tiananmen Square. 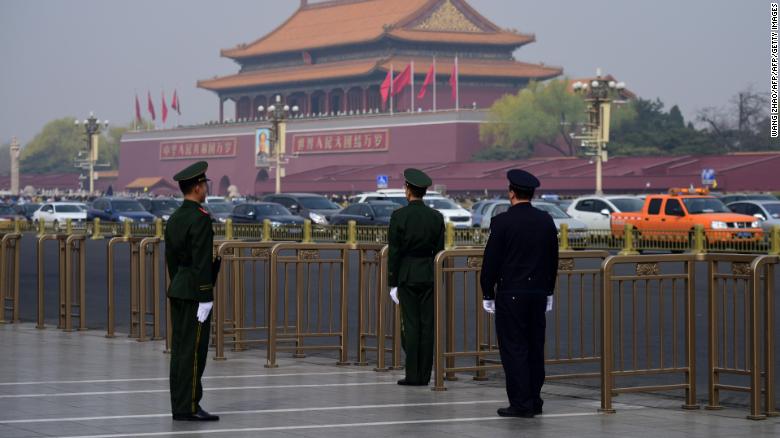 A police (right) and two paramilitary police officers take position near Tiananmen Square in Beijing on Tuesday
The guesthouse was commonly used as a venue for six-party talks, the George W. Bush-era negotiations that ultimately failed to convince North Korea to give up its nuclear weapons.
Parts of the Temple of Heaven, a complex founded in the 15th Century that’s now a UNESCO World Heritage site, was closed at about 10 a.m. when a motorcade entered the premises, staff and tourists said. 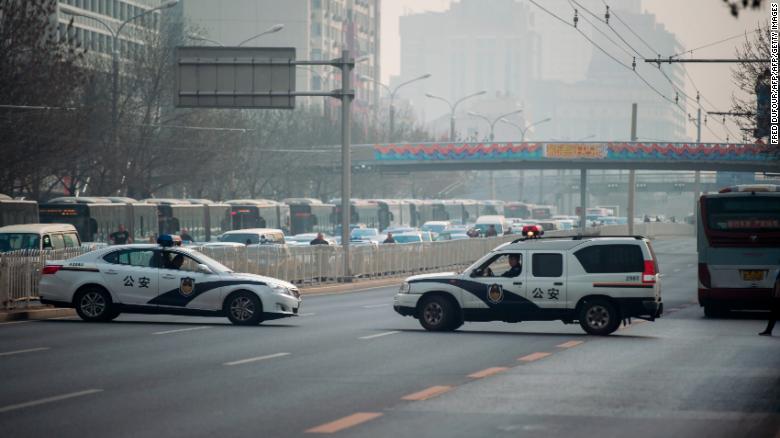 Chinese police cars block a road near the Diaoyutai State Guesthouse in Beijing Tuesday.
Images of an old-style green train car that pulled into Beijing began circulating online Monday evening local time, prompting speculation that the North Korean leader or another high-level representative from Pyongyang could be in the Chinese capital.
The train car is said to resemble one that has transported North Korea’s leaders on foreign trips.
“This caught us all by surprise,” said Curtis Melvin, an analyst at Johns Hopkins University’s US-Korea Institute.
Melvin runs the website North Korea Economy Watch, which tracks the hermit state’s economy and development, using satellite imagery and other tools.
“As far as I am aware, this train has not traveled to China since Kim Jong Un took over,” Melvin told CNN in an email. 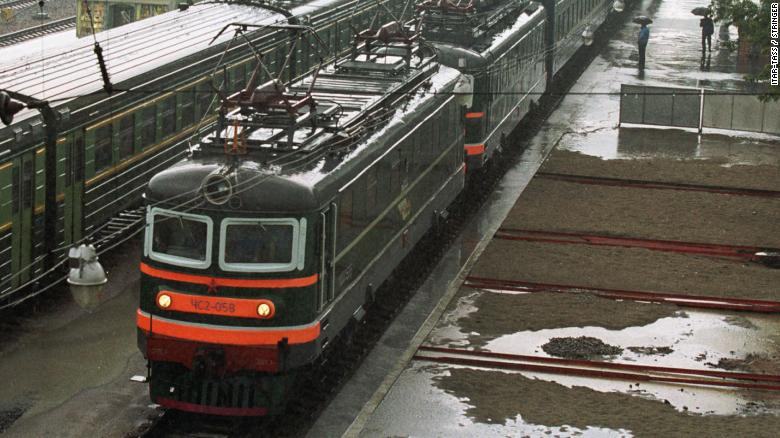 A file picture of a special armored train used to transport North Korean leader Kim Jong Il.
The news of the proposed Trump-Kim summit broke after a high-ranking South Korean delegation traveled to Pyongyang and met with the North Korean leader.
The source with deep knowledge of North Korea told CNN envoys from Seoul implored Kim to meet with Trump. Kim verbally agreed, but didn’t think it would be publicized or happen so soon, and was even more surprised that the United States and South Korea made a big announcement.
Kim has not met any foreign heads of state since succeeding his father as North Korean leader in late 2011. Relations with China, a traditional ally, have been strained after Kim purged several top-ranking officials close to Beijing, including his uncle, Jang Song Thaek.
China accounts for nearly 90% of North Korea’s imports and has come under US pressure to use its trade relationship to influence Pyongyang. China has voted in favor of multiple rounds of United Nations sanctions passed last year.