Strike could cause service disruptions at Toronto’s Union Station 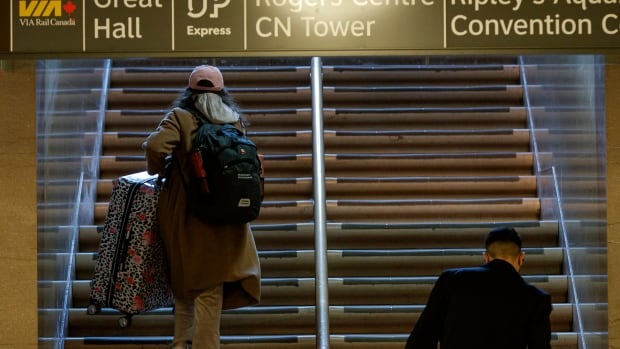 Commuters should prepare for possible services disruptions at Toronto’s Union Station today after nearly 100 employees at the transportation hub walked off the job.

Ninety-five workers with the International Brotherhood of Electrical Workers went on strike at 12:01 a.m. Wednesday after the union and Toronto Terminals Railway (TTR) failed to reach an agreement.

The workers are mainly responsible for signals and communication maintenance as well as train control at the Union Station rail corridor.

A spokesperson for Metrolinx said a labour disruption contingency plan has been put in effect, and the transit agency continues to be hopeful that impacts to GO Transit and UP Express service will be limited.

However, Anne Marie Aikins says the risk of travel complications at the hub could increase if there is a long labour disruption.

Metrolinx, which is currently operating more than 300 trains daily in an out of Union Station, is advising customers to sign up for service alerts and check the GO and UP Express train schedule before leaving home. Aikins says Metrolinx will communicate with customers frequently to keep them updated if there are any delays or cancellations.

TTR says the workers have been without a new contract since December 2019.

In a statement, the operator says it began negotiations with the union at the beginning of 2020, but talks were delayed due to the pandemic. They resumed last summer.

The employer says a tentative agreement was reached in September 2021, but it was not ratified by the union members.

TTR says increased wage demands from the union are at the heart of the matter.