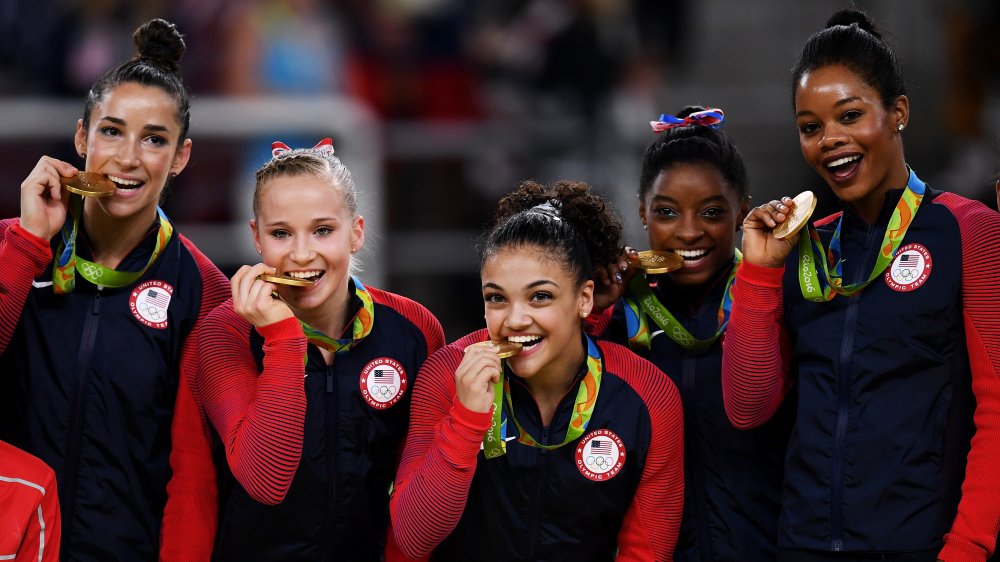 Strict rules all Olympic gymnasts have to follow, Olympic gymnasts may be expected to be fierce when it comes to competing, but they’re also expected to make sure that their behavior — either on or off the floor — doesn’t turn into bullying. The code of conduct from the International Gymnastics Federation states that the athletes must “maintain and enhance the dignity and self-esteem of others by demonstrating respect for others, at all times, regardless of race, color, gender, sexual orientation, language, religion, political or other opinion, national or social origin, property, birth, disability, physical attributes, and athletic ability or other status.”

It also ensures that the gymnasts “contribute to a harassment-free environment” and “refrain from any behavior and language that constitutes harassment, or physical abuse, is offensive, racist, sexist, unwanted, degrading, or malicious.” Beyond that, “All statements and other forms of communication about others [must be] factual and/or not deliberately hurtful including all forms of social media.” This surely helps during competition time, during which US Olympic gymnast Sam Mikulak once said, “It can get lonely.”