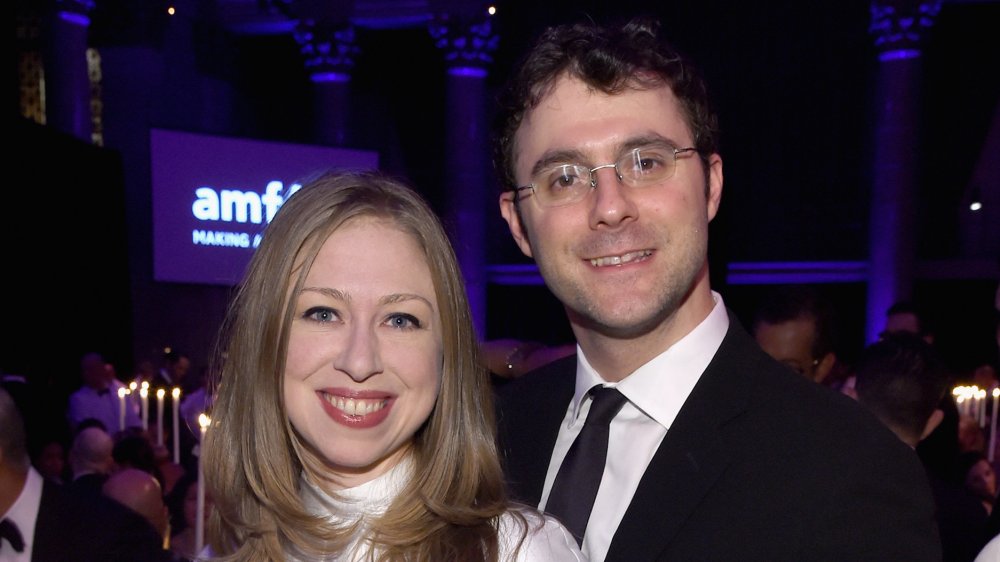 Strange things about Chelsea Clinton’s marriage, Despite growing up with politician parents and enjoying post-collegiate careers in private equity, Chelsea and Marc seem to be polar opposites. In the 2012 Vogue profile of the former first daughter, readers got a glimpse into their personalities. While Chelsea drops multi-syllable words in casual conversation, Marc describes himself as “just a nerdy Jewish boy from Philly.” He adds, “But you know, Bill Clinton grew up with a dirt floor in Arkansas, so it’s all relative.”

“She’s very much the yin to my yang. I don’t want to say I’m aloof, but I definitely can exist in a cloud,” he continues. “I walk into parking meters. She’s the antithesis of that. She’s like: This is where the parking meters go!” However, Marc being a bit of a self-described airhead makes him that much more endearing to those in Chelsea’s circle. “He’s a real mensch,” Chelsea’s best friend, Nicole Fox told the mag, adding, “We were always rooting for them to get together.”

Chelsea’s chief of staff for The Clinton Foundation, Bari Lurie, agreed. “He’s this playful schoolboy stuck inside this wicked-smart, really astute adult body,” she said, adding, “He’s as happy goofing off as he is talking finance with world leaders. He’s the best of both worlds.” Another fun fact: Marc grew up with eleven siblings. Chelsea, of course, grew up with Secret Service and Socks the cat. We assume Marc appreciates the peace and quiet now.