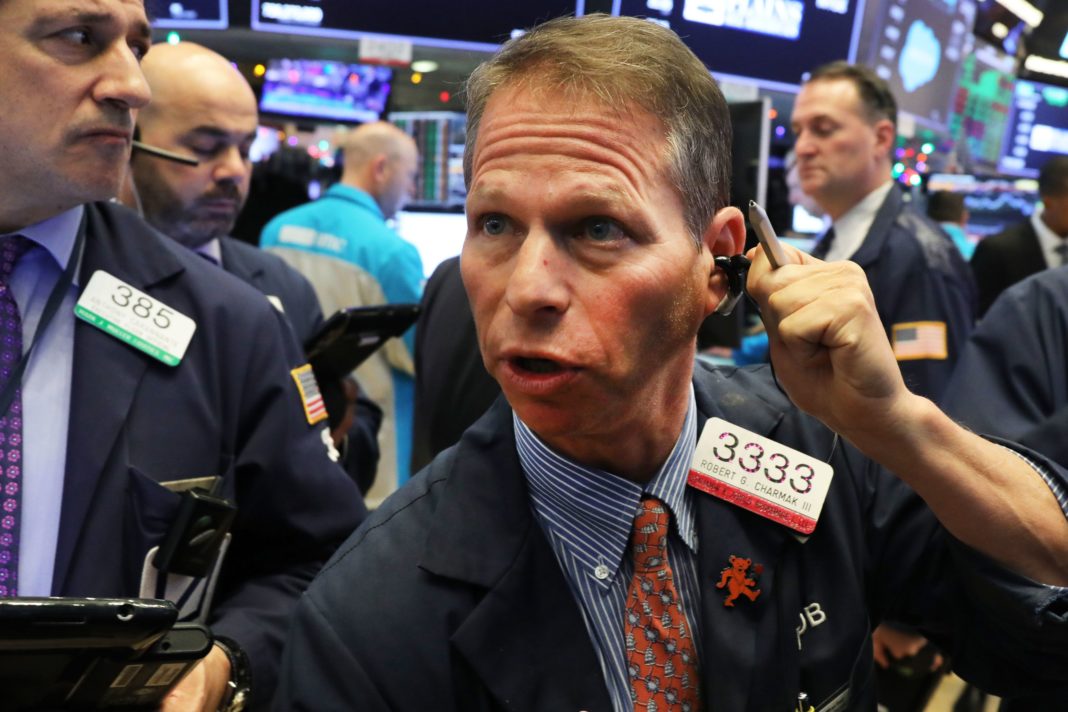 Traders work on the floor of the New York Stock Exchange.

Check out the companies making headlines in the premarket Friday:

Chewy — The online pet food retailer climbed more than 2% after reporting its quarterly sales surged 45% on a year-over-year basis.

BlackRock — The largest asset manager in the world posted second-quarter results that missed analysts’ expectations. BlackRock posted earnings per share of $6.41 on revenue of $3.524 billion. Analysts polled by Refinitiv expected a profit of $6.50 per share on sales of $3.566 billion. The company’s misses were driven by higher costs and lower revenue from investment advisory and securities lending.

Boeing — The aerospace giant said it will take a $4.9 billion charged in the second quarter, citing global groundings of its 737 Max planes. The charge comes out to $8.74 per share and wipes out a Refinitiv earnings estimate of $1.80 per share.

Gannett — The Wall Street Journal reported that Gannett and GateHouse Media, another newspaper publishing company, were in “advanced ” merger talks.

Occidental Petroleum — A regulatory filing showed activist Carl Icahn has launched a proxy fight against Occidental to win four seats on the company’s board. Icahn blasted the company for not giving shareholders a say in its proposed deal to acquire Anadarko Petroleum for $38 billion.

Amazon — President Donald Trump said Thursday the administration would look closely at Amazon’s contract with the Pentagon. “We’re getting tremendous complaints from other companies,” Trump said.

General Motors — GM unveiled the 2020 Corvette Stingray, a car that produces nearly 500 horsepower and has its engine mounted in the middle of the car, like Ferrari and other supercar makers.

CrowdStrike — Shares of the cybersecurity firm jumped more than 18% after it posted better-than-expected revenue since going public last month. CrowdStrike reported sales of $96.1 million, topping a Refinitiv estimate of $95.6 million. CEO George Kurtz said the company’s revenue grew by 103% on a year-over-year basis.

Zillow — An analyst at KeyBanc initiated Zillow with an “overweight” rating and a price target of $66 per share, implying a 37% upside from Thursday’s close. “Zillow’s traffic should allow it to remain the leading marketplace for connecting home buyers/sellers with agents,” the analyst said in a note.

AMC Entertainment — Credit Suisse initiated coverage of the movie theater chain with an “outperform” rating, noting the stock’s 21.7% sell-off this year is “overdone.” It added that “our bottom-up film forecast suggests industry box office growth for the next three quarters, which we believe should bolster investor sentiment.”

AB Inbev — The world’s largest beer maker agreed to sell its Australian operations to Japan-based Asahi for more than $11 billion in enterprise value. AB Inbev said it would use the bulk the proceeds to pay down debt.