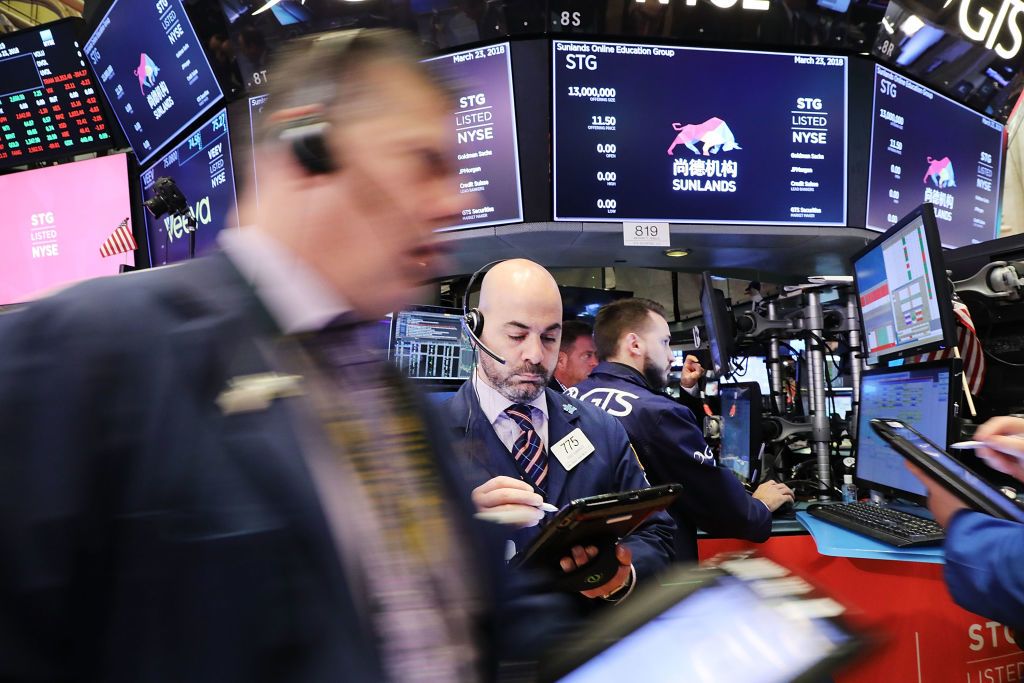 Check out the companies making headlines in the premarket:

Zoom Video Communications, Slack Technologies — Zoom and Slack were initiated with “overweight” ratings by an analyst at Stephens for their market leadership in video conferencing and team messaging, respectively. The two companies have been able to integrate functions like chat, audio, and workflow into a single platform.

Altria — An analyst at Goldman Sachs upgraded the tobacco company’s stock to “buy” from “neutral,” noting that tobacco stocks valuations are at a 10-year low. “We expect the current discount being placed on tobacco stocks to narrow as cigarette fundamentals hold up better than feared,” the analyst said.

Wells Fargo — Wells Fargo shares were downgraded to “neutral” from “buy” by an analyst at Citi. The analyst said the stock has “limited upside from current levels” and is waiting for a more “attractive entry point.”

Milacron — Shares of the plastics equipment maker surged more than 20% in the premarket on news the company will be bought by Hillenbrand in a cash and stock deal that values it around $2 billion. The deal is expected to close in the first quarter of 2020.

Deutsche Bank — UBS upgraded Deutsche Bank’s stock to “neutral” from “sell,” noting a more “balanced risk/reward” scenario after the German bank announced a massive restructuring plan earlier this month. “The plan shows willingness and determination to change the profile of DB, the home regulator will be supportive we think,” UBS said.

Boeing — The head of Boeing’s 737 jet program is retiring, according to a memo reviewed by CNBC. Eric Lindblad, who had been with the company for more than 30 years, retired four months after a 737 Max jet crashed, killing more than 300 people.