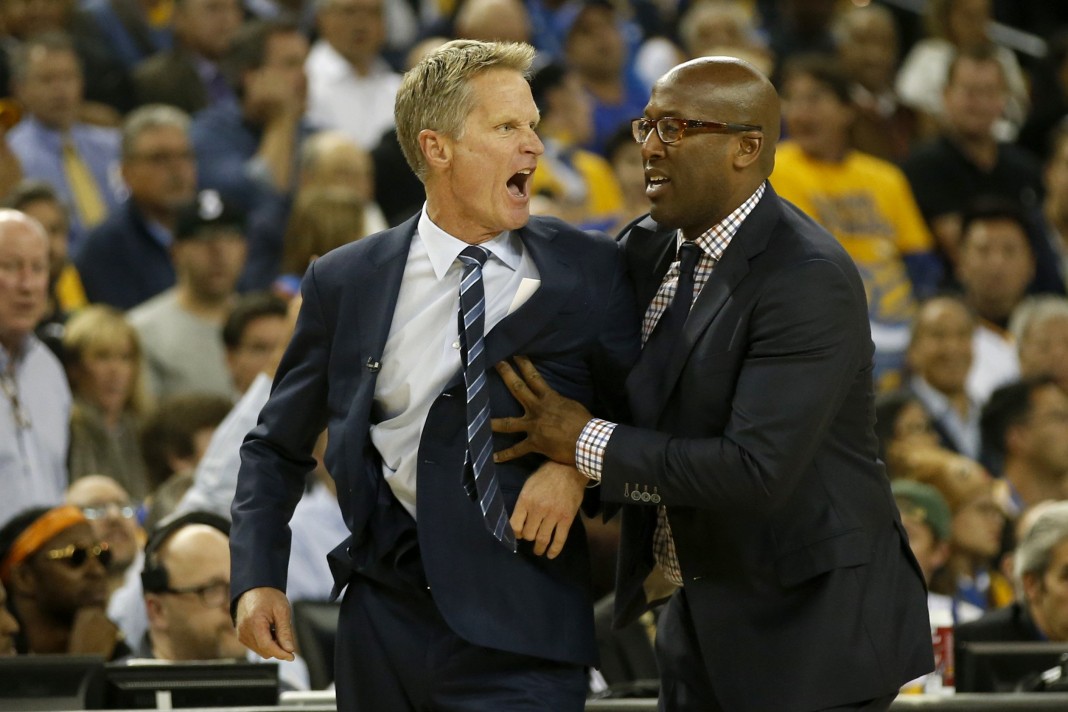 In the last week, Magic Johnson, Julius Erving and, most recently, Rasheed Wallace have all said the teams they played on could beat the 2016-17 Warriors. Be it Johnson’s “Showtime” Los Angeles Lakers teams of the 1980s, Erving’s Philadelphia 76ers team that won the 1983 title or Wallace’s 2004 NBA-champion Detroit Pistons, all seem to be of the same accord on the topic.

As Game 4 of The Finals nears (9 ET, ABC), Warriors coach Steve Kerr had something to say this morning to those former players and others about how his team would fare in these hypothetical matchups. Jimmy Durkin of The Mercury News has more:

For all those former greats turned hot takers, Steve Kerr has your back: The Warriors would have no chance against any of the great teams of the past.

“They’re all right,” Kerr said at Friday’s shootaround in advance of Game 4 of the NBA Finals.

“They would all kill us. The game gets worse as time goes on. Players are less talented than they used to be. The guys in the 50s would’ve destroyed everybody. It’s weird how human evolution goes in reverse in sports. Players get weaker, smaller, less skilled. I don’t know. I can’t explain it.”

Stephen Curry doesn’t see the point of debating it.

“It’s kind of comedy to me,” Curry said Friday. “The hypothetical game is never one I’ve played. I don’t want to be in that situation where you’re having to argue that.

“Every team that talked about it was great in their era, great in their time. It was great for the league, inspiration for up-and-coming hoopers like myself watching that type of competition. It’s our time to do that now too.

“We can obviously have the barber shop-type debates of who’s better or who’s what, ranking the all-time greats and teams and things like that, which is fun in certain settings. But at the end of the day you can’t discredit what certain teams are doing based on trying to compare them to a team in the past because you really can’t. You’re not going to suit to play, there’s no way to simulate that situation. I respect every great team that’s come before us, every great player that’s come before us. I hope to be 20 years down the line when another great team comes up to hopefully give them praise too.”