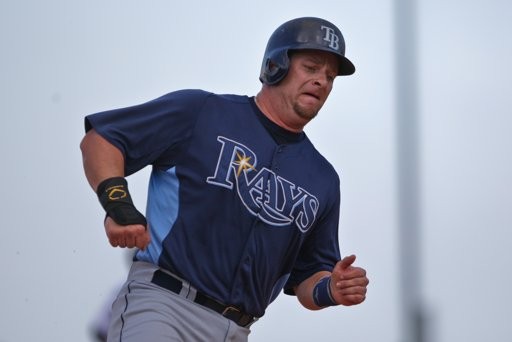 For good reason, much poetic is being waxed today about Stephen Vogt following his being designated for assignment this morning. Vogt was, all at the same time, a leader, a character, a known “all around good guy,” and the purveyor of some of the A’s best memories in recent years.

It is also for good reason that the A’s decided it was time to move on, as they embrace a youth movement and had Bruce Maxwell back healthy and available. All the foul tips Vogt took off his face mask — and, ahem, elsewhere — over the years, all the innings in the crouch, seemed to catch up to Vogt overnight. Chronologically 32, the A’s catcher was batting just .217/.287/.357 this season, his throwing arm a shell of what it once was. Perhaps most telling was to see Vogt try to drive a pitch he used to crush to RF, only to foul it back or flip it to LF. The bewildered, frustrated, haggard look on Vogt’s face told the story before the A’s had to formally announce it.

For the Oakland franchise to move forward with a young, exciting, talented, and athletic core, the A’s LH catcher at bats needed to be yielded to Maxwell. That doesn’t, however, make the moment any less melancholy.

My own path-crossing with Vogt was brief but rewarding, as I sought an interview before a 2017 spring training game. Much as he would look throughout the season, Vogt received my request with a furrowed brow. Clearly he was busy, or distracted by another obligation, or both. I have yet to be denied a request for an interview, though I came close the year before when I approached Jarrod Parker right as he was watching video and he snapped that it wasn’t a good time — then surprised me by catching my eye from across the clubhouse later and asking “How’s now?”

With Vogt, though, it was clear he wanted to say no and so I gave him that out, acknowledging that I knew he was busy and that if it was going to be a hardship it was really no problem. Stephen hesitated, then declined my olive branch in favor of “a quick interview if that’s ok.” Thanks to his generosity, I was able to put together a piece and learn about his high school acting career before he ran off to do something undoubtedly far more important.

For that alone I am grateful, but there are also moments on the field that will forever stay with me as a fan. Likely most of us will pick out the same highlight, and that is game 2 of the 2013 Division Series when Sonny Gray went toe to toe with Justin Verlander. I was in section 216 for what was the loudest, most electric event I have ever attended in person.

Granted I do not frequent Metallica concerts or hang around jet runways, but that game is the only time where I have ever woken up the next day and had the shaking vibrations of noise still rattling in my head. It was a magical night capped off, of course, by the walk-off single to LF that Vogt delivered to give the A’s the first and only run of the night.

Here’s a guy who didn’t get to the big leagues until he was 28, only to go 0 for 25 for the season. At age 29, he distinguished himself most by running his “career 0’fer” string to 33 before finally getting a hit — a homerun, of course. Then he distinguished himself by representing the A’s as an All-Star two years in a row. And then he depreciated faster than a new car leaving the lot.

The A’s are gearing up to get good again on the backs of young players, many of whom are more familiar with Maxwell than Vogt. Maxwell is not, by nature, fast or especially agile, but at 26 years old his body is simply more athletic and can drive the ball. He can take a walk, he can throw — Maxwell needs to be in there even if it means saying a tearful goodbye to a terrific person and cherished leader.

In the past 24 hours two baseball truths have been revealed yet again. If you come in to play a new position, the ball will find you. And while you can beat even Clayton Kershaw occasionally, no one — but no one — can ever beat Father Time.