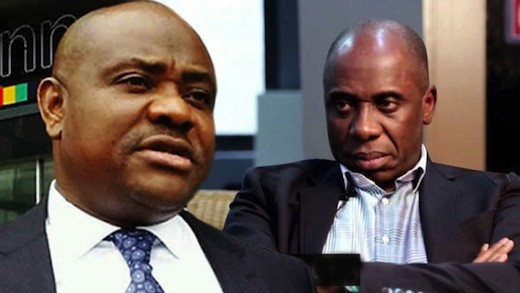 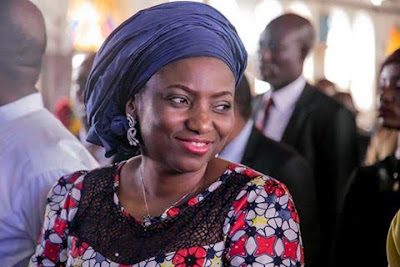 Earlier in the week, Rivers state governor, Nyesom Wike alleged that each commissioner and local government chairman in Rivers State paid Amaechi’s wife, Judith, the sum of N3m and N2m monthly while he was in office.

Amaechi has already come out to deny this claim. Now, the former chairmen and commissioners in the state during Amaechi’s tenure have released a joint statement denying Wike’s claim…

The statement was signed by the former chairman of Asari-Toru LGA, Ojukaye Flag Amachree and the former Commissioner of Sports, Fred Mbombo-Igwe.

Read the statement below…

The attention of former Chairmen of Local Government Councils and Commissioners in Rivers State during the administration of former Governor Chibuike Rotimi Amaechi have been drawn to a recent media interview granted by current governor of Rivers State, Nyesom Wike, where Wike falsely accused Dame Judith Amaechi, the wife of our boss of extorting and collecting monthly, between Two and Three Million Naira from Commissioners and Local Government Council chairmen respectively, while her husband was the State governor.

Realizing the magnitude and gravity of this allegation, the Council Chairmen and Commissioners deem it necessary to make this public clarification in the interest of our teeming supporters and Rivers people.

1. Nyesom Wike since his assumption to office appears to have a major agendum, which is to tarnish the sterling reputation of former Governor Amaechi, his erstwhile benefactor. He is bereft of ideas and unprepared for the task of governing a heterogeneous state like Rivers.
2. Wike, while serving as the Chief of Staff to Governor Amaechi interfaced regularly with Council Chairmen. With this rare privilege and his avarice plus his corrupt tendencies, he elected to commit a lot of fraudulent and sharp practices including massive looting and various degree of financial extortion on the council chairmen and commissioners who felt hapless due to his perceived closeness to the governor as the chief of staff.
3. On several occasions, Wike hiding under the subterfuge of his office as intermediary between the then governor and other elected or appointed public officials made financial demands and extorted money from council chairmen including arm twisting them to award contracts to him.
4. It is on record that several LGA projects then, including the new secretariat of Port Harcourt City Council and Etche Council, were done by Wike. Council chairmen and State officials were forced to contribute several millions of naira to Wike under the pretext of fighting his legal battle with the Economic and Financial Crimes Commission (EFCC) when he was arrested and tried for corruption. For the most flimsy excuses Wike placed hefty levies on council chairmen. Failure to pay are usually met with stiff sanctions
5. Governor Wike is indeed morally bankrupt and cannot point accusing fingers at the wife of former governor Amaechi. In fact the then chief of staff to Amaechi gave stern directives to council chairmen never to support the activities of the wife of the governor.
6. We want to state that no Council Chairman either individually or as a group of chairmen or State Commissioners were told, coerced, intimidated or persuaded to pay any money to the wife of the former Governor. And no money was given to her
7. Gov. Wike lacks moral rectitude. He is bereft of ideas and has no respect for his wife, hence this shameful attempt to drag the name and reputation of the wife of his former boss into disrepute.
8. Governor Wike is too economical with the truth and is in fact a pathological liar who should be ignored. His allegation is baseless, untrue and a figment of his warped imagination.
9. Former Council Chairmen and Commissioners who served under the administration of Rt. Hon.

Chibuike Rotimi Amaechi by this statement therefore warn Governor Wike against this disgraceful and disgusting mischief against the wife of Amaechi and urge him to tender an unreserved apology to the wife of the former governor immediately or be ready to face the consequences of his stupidity.