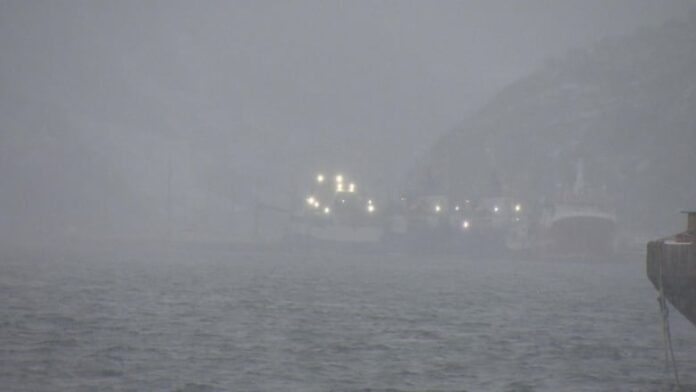 The City of St. John’s shut down all of its facilities Tuesday as a the first winter storm of the season blanketed the region.

By mid-afternoon, the storm turned out to be not as severe as forecast.

But the closures, including all recreation centres, the dump and city hall, had already happened.

The towns of Conception Bay South and Paradise had already closed their offices, and St. John’s had already shut down garbage and recycling collection ahead of the storm’s arrival.

All courts in St. John’s closed for the day, including the sheriffs’ office.

This follows the closure of its community walk-in clinic at 50 Mundy Pond Rd. for the day.

Schools from a collection of towns in and around St. John’s closed for the day, in anticipation of the messy winter weather.

The announcements from both English and French school districts came just after 6 a.m., before snow started falling on the northeast Avalon.

Just before 7 a.m., the closure was extended to schools in Conception Bay North and other regions of the Avalon Peninsula.

Memorial University campuses also closed for the day, but a spokesperson for the university said online courses are still going ahead unless individual instructors make a decision to cancel.

Independent schools, like St. Bon’s and King’s Bridge Montessori in St. John’s, also made a decision early Tuesday to close for the full day.

College of the North Atlantic campuses in St. John’s, Seal Cove and Placentia are closed all day.

The entire Avalon Peninsula is expected to see between 15 and 20 centimetres of snow, with a northeasterly wind gusting to 60 km/h, and 80 km/h along parts the coast.

CBC meteorologist Ashley Brauweiler said the forecast has changed slightly from Monday, with a little less snow than initially predicted.

“There’s a little bit of a shift in the forecast models overnight last night,” she said. “It looks like that area of low pressure is going to track a little bit further east.… The further east it moves, it’s going to pull that snow with it.”

Some residents made the most of their day.

Tom Fleming stuck to shovelling his driveway rather than breaking out his snowblower.

Fleming said he was happy to see Tuesday’s snowfall, after a season with very little so far.

“I just thought I’d hit it in stages and get a little bit of exercise while I was at it,” he said.

Others ventured out to nearby dog parks and playgrounds. Some even got in some snowboarding and sledding.

“It’s just good to get some snow. Me and my friends love snowboarding,” said Brady Coombs while taking a breather atop Victoria Park in St. John’s.

“I’m just glad I can be here with my friends and get outside.”