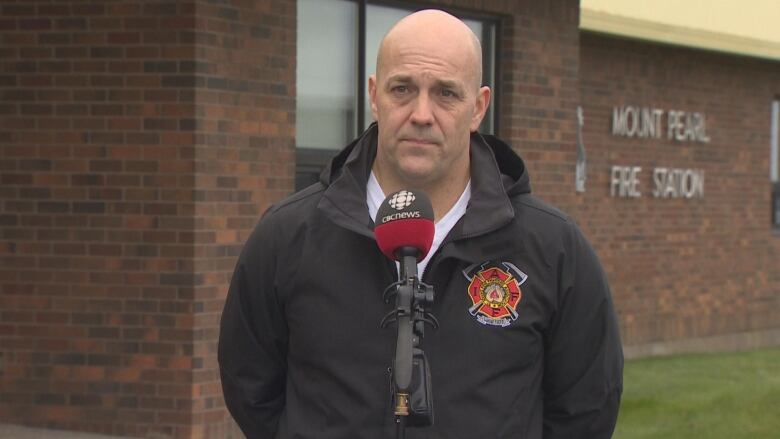 The helicopter rescue team normally called in to pluck wayward wanderers from cliffs and transport injured hikers from remote inaccessible locations around St. John’s, has been grounded.

The St. John’s Regional Fire Department team has been out of commission for nearly a year, CBC News has learned, due to delays in equipping the choppers now tasked with the job.

But last May, the service provider — Universal Helicopters — went bankrupt.

According to provincial briefing materials obtained by CBC News through access to information, the companies subsequently contracted by the province to replace Universal didn’t have the capacity to do long-line rescues.

“There is no timeframe for the helicopter to be modified or an alternative solution to be put in place,” an Oct. 23, 2020, briefing note for Municipalities Minister Derek Bennett advised.

The province now says it expects that the necessary equipment will be in service this spring.

But officials in the Transportation Department declined to make anyone available for an interview to clarify details of the situation.

Service ‘on standby’ since last year

The front-line firefighters who provide the service are in the dark as to exactly what is going on.

“As of last summer we were on standby, I guess, in a holding pattern to see if this service is going to be provided once again,” said Craig Smith, president of the St. John’s firefighters’ union, International Association of Fire Fighters Local 1075.

“So without a helicopter, yes, obviously that team now is stagnant.”

Smith is not only the union president. He has also been a member of the high-angle rescue and helicopter rescue teams for 17 years.

He says it’s an important service.

“But at the same token, most of the northeast Avalon Peninsula [is] full of high cliff edges, and very rough terrain and some dangerous areas. And it’s nice and comforting to know, I would imagine, that there are protections, there are rescue services in place should something go astray.… Accidents happen.”

The lack of helicopter capabilities limits the available rescue and recovery options.

“To be honest with you, we would have to just find other ways over ground or land, and it would be based on a case-by-case scenario,” Smith said.

Military could be called in to assist

According to provincial briefing materials, the military could also be called in to help out.

“Without available provincial helicopters equipped with a plate for repelling or a suitable alternative, SJRFD personnel would either rescue individuals by foot or contact the emergency services division (ESD) to engage with the Joint Rescue Coordination Centre in Halifax to obtain helicopter assistance,” the October briefing note for the municipalities minister advised.

That, however, has sparked concerns in the past.

A 2018 CBC News investigation revealed that top military officials had discussed how continual requests for help with provincial medical calls could impact their primary mission to provide vital search and rescue services in the waters off Newfoundland and Labrador.

City documents indicate that St. John’s officials have repeatedly pressed for a solution.

The minutes of a July 2020 regional fire services committee meeting indicated that St. John’s Mayor Danny Breen would reach out to the Transportation Department “to articulate the gravity of this situation and seek the province’s assistance.”

In a recent email to CBC News, fire Chief Sherry Colford confirmed the department currently does not provide helicopter rescue service, and steered inquiries to the province.

“If that changes, it will be through discussions with [the] provincial government,” Colford wrote.

In a followup email — after CBC News began asking provincial officials questions — Colford noted that “it seems there have been discussions on the future helicopter rescue services within the province and our department will be brought into those discussions in coming weeks.”

According to Colford, the helicopter team has responded to half a dozen calls over the past five years.

Smith, meanwhile, has one question he hopes the province can answer.

“I would like to understand what their long-term plan is for this type of rescue situations, and recoveries, whereby helicopters are necessary, and fixed-wing aircraft cannot do it,” he said.