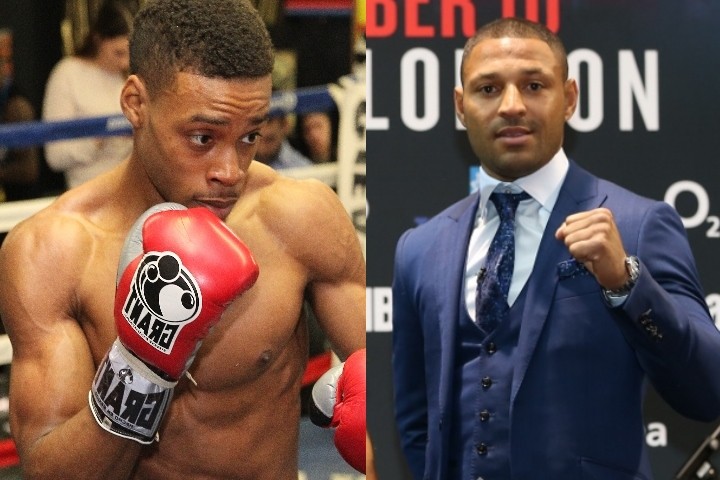 Spence arrived in the U.K. with heavy expectations, and he more than lived up to the hype by forcing two knockdowns to disappoint a partisan 27,000-strong crowd at Sheffield’s Bramall Lane.

When Brook chose to go down for the second time, it was without taking a punch, with his left eye swollen shut. The Briton was then counted out on one knee by referee Howard Foster after 1 minute, 47 seconds into the 11th round.

“I give myself a B-minus,” Spence told Sky Sports after his victory. “I was a little bit off with my offence and defence, but I give Kell a lot of credit. This is what true champions do. You go anywhere to fight.

“He’s a true champion, and I wanted to fight him. He’s a tricky fighter and awkward. He’s also a strong fighter who can punch.”

Regardless of the injury, Brook — known as Special K — could not produce the memorable and extraordinary performance in a fourth title defence needed to resist the rising talent of Spence.

“I got caught in the seventh round in the left eye,” said Brook, who suffered a broken right eye socket in a fifth-round loss to Gennady Golovkin in September.

“It was like the Golovkin fight, although not quite as bad. He caught me in the 11th and the double vision just stuck. I’m gutted that, in front of my home fans, I’ve lost my belt. But he’s one of the best kids I’ve been in with, if not the best.”

Once again, an eye injury became a decisive factor for Brook.

The Briton needed surgery before signing to box Spence in what was the most treacherous test of his reign, after three comfortable defences against Jo Jo Dan, Frankie Gavin and Kevin Bizier.

Spence, 27, of DeSoto, Texas, appeared relaxed before the fight, while Brook, born and raised in Sheffield, looked a little tense. Spence took the initiative early with single jabs, and it was soon apparent that his speed would cause Brook problems.

But Brook, 31, who won the title from American Shawn Porter three years ago, broke through Spence’s guard on a few occasions with right hands. A fascinating fight ebbed and flowed one way and then the other, with Spence’s speed evident when he landed a right to the jaw.

Brook was unable to load up on his punches, and the fourth and fifth rounds were messy with clinches. Brook was a bit predictable at times, perhaps wary of Spence’s quick return fire, but he got through with a counter right in the sixth.

Brook landed his best punches of the fight in the eighth round as he began to find the openings he had been waiting for. But Spence responded with a greater volume of punches, including a left and a right flush to the temple in Round 9.

Kell Brook, left, said he was “gutted” to lose the IBF welterweight belt in front of his hometown fans, though he called Errol Spence Jr. “one of the best kids I’ve been in with, if not the best.” Richard Sellers/Getty Images

Brook’s left eye was almost swollen shut when he sank to a knee in the 10th after being caught by a body shot and then a left and right to the jaw while on the ropes. The champion looked in trouble briefly but showed great fighting spirit and powers of recovery to then go on the attack later in a thunderous round.

But it was Brook’s last stand. He sank to his knee again in the 11th, pawing his left eye without Spence throwing a punch. Brook stayed on one knee as he was being counted out, and trainer Dominic Ingle was already waving for the fight to be stopped.