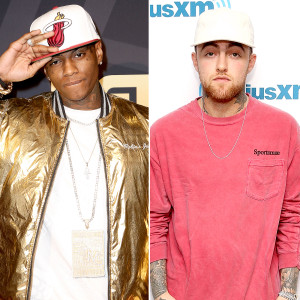 Living with regrets. Soulja Boy admitted exclusively to Us Weekly that he’s still feeling the pain of Mac Miller’s death after the late rapper tried to reach out to the “Crank That” crooner ahead of his passing.

“Rest in peace to my boy, Mac Miller. He actually DM-ed me a week before he passed,” the Marriage Boot Camp: Reality Stars castmember, 28, told Us on Wednesday, January 16. “I was so busy dealing with so much stuff … I wasn’t able to respond back to him. It hurt me, to this day.”

Soulja said that Miller, who died at the age of 26 of mixed drug toxicity on September 7, reached out to see if the reality star was in L.A. 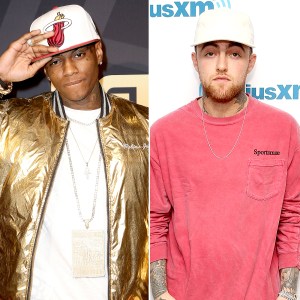 “Then, like, the next week, I got the news [of his passing] and I was just like, ‘Man I wish I could’ve hit him back and, you know, we could’ve had a conversation,’ but, you know, rest in peace, Mac Miller,” he added.

Soulja Boy also had some insight into the “Dang!” singer’s relationship with his famous ex, Ariana Grande, from whom he split in May. Grande moved on shortly after with Saturday Night Live star Pete Davidson — the former couple got engaged in June after weeks of dating but called things off in October, one month after Miller’s death. 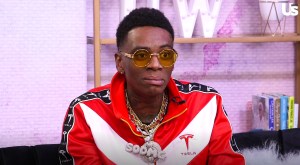 Davidson, 25, who’s been open about his struggles with his mental health, shared an alarming note about not wanting to “be on this earth” anymore two months after the former pair’s split.

Ariana Grande’s Dating History: A Timeline of Her Exes

“The whole situation with Ariana, it’s just, it’s just touching because mental health and suicide [are] so … relevant right now,” the Grammy nominee told Us. “You just sit back and just hope that it doesn’t happen to anybody you know and you just gotta know it’s a very serious subject, you know, it’s a very serious topic right now.”

For more on Soulja Boy’s relationships with other rappers, including Drake, Kanye West and Tyga, watch the video above.

If you or someone you know is contemplating suicide, call the National Suicide Prevention Lifeline at 1-800-273-8255.