Sophia the robot is definitely not alive 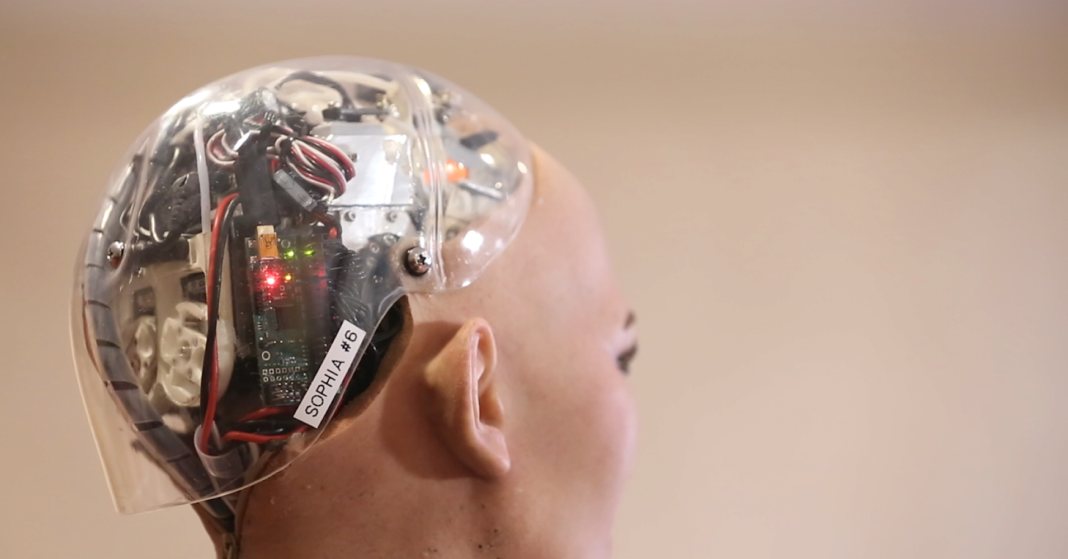 Sophia the robot has become a cultural icon.

The animatronic robot has made its way across late night stages, graced the cover of magazines, headlined major tech conferences and even delivered a speech to the United Nations.

Sophia been touted as the future of AI, but it may be more of a social experiment masquerading as a PR stunt.

To understand Sophia, it’s important to understand its creator, David Hanson. He’s the founder and CEO of Hanson Robotics, but he hasn’t always been a major figure in the AI world.

Hanson actually got a BFA in film. He worked for Walt Disney as an “Imagineer,” creating sculptures and robotic technologies for theme parks and then getting his Ph.D. in aesthetic studies. Back in 2005, he co-wrote a research paper that laid out his vision for the future of robotics.

And the thesis sounds a lot like what’s going on with Sophia the robot now.

The eight-page report is called “Upending the Uncanny Valley.” It’s Hanson’s rebuke of the Uncanny Valley theory that people won’t like robots if they look very close to, but not exactly like humans. In fact, the paper says “uncanny” robots can actually help address the question of “what is human” and that there’s not much to lose by experimenting with humanoid robots.

When we asked Hanson about it, he said his company is exploring the “uncanny perception effects both scientifically and artistically, using robots like Sophia.”

Hanson is approaching Sophia with the mindset that she is AI “in its infancy,” with the next stage being artificial general intelligence, or AGI, something humanity hasn’t achieved yet.

On the way there, Hanson says AI developers have to think like parents. He wants to “raise AGI like a good child, not like a thing in chains.”

But in terms of artificial general intelligence, Sophia isn’t quite there yet.

“From a software point of view you’d say Sophia is a platform, like a laptop is a platform for something,” said Ben Goertzel, chief scientist at Hanson Robotics. “You can run a lot of different software programs on that very same robot.”

Sophia has three different control systems, according to Goertzel: Timeline Editor, Sophisticated Chat System and OpenCog. Timeline Editor is basically a straight scripting software. The Sophisticated Chat System allows Sophia to pick up on and respond to key words and phrases. And OpenCog grounds Sophia’s answers in experience and reasoning. This is the system they’re hoping to one day grow into AGI.

But some people still aren’t buying it.

Facebook’s head of AI said Sophia is a “BS puppet.” In a Facebook post, Yann LeCun said Hanson’s staff members were human puppeteers who are deliberately deceiving the public.

In the grand scheme of things, a sentient being, or AGI, is the goal of some developers. But nobody is there yet. There’s a host of players pushing the limits of what robots are capable of. From Honda to Boston Dynamics, companies across the world are developing AI-powered humanoid machines. Now, it’s a race to see who will get there first.

The AI race seems to be unraveling along the lines of Silicon Valley’s “move fast and break things” mantra. But after Facebook’s scandal with Cambridge Analytica, the public is more aware of the potential repercussions of hasty tech development.

“You know, there is this fantasy behind creation that is embedding in the practice of engineering and robotics and AI,” said Kathleen Richardson, professor of ethics and culture of robotics and AI at De Montfort University.

“I don’t think these people go into the office or to their labs and think I’m carrying out work that’s going to be interesting to humanity. I think many of them have a God complex in fact, and they actually see themselves as creators.”

There’s a rising wave of technology ethicists dedicating their work to ensure AI and tech is developed responsibly. Because ultimately, tech and now robotics reach more than just the research labs and start-ups of Silicon Valley.

The team at Hanson Robotics said they didn’t expect Sophia to take off as much as she did. But her physical appearance is another example of what some see as a traditional representation of conventionally attractive, submissive-by-design female robots.

“I think it’s sort of a disappointment that with our advances in technology we have decided to develop this kind of robust robot with many functions and emotions, and yet when we shape her, she doesn’t look too unlike the models we see on magazines and the actresses we see in Hollywood,” said Kim Jenkins, lecturer at Parsons School of Design.

And Sophia’s looks haven’t gone unnoticed. Sophia has been dubbed “sexy” and “hot.” According to Sophia’s developer, it’s been Hanson’s most popular model yet.

“It happens that young adult female robots became really popular,” Goertzel said. “That’s what happened to catch on. … So what are you going to do? You’re going to keep giving the people what they’re asking for.”