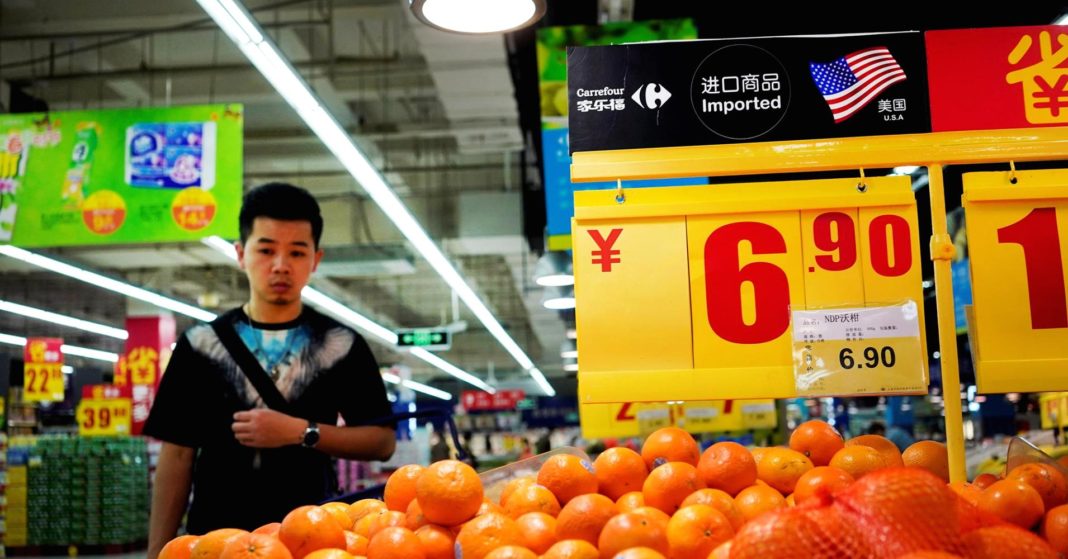 China would buy nearly $70 billion worth of U.S. agriculture and energy products if the Trump administration steps back from tariffs, The Wall Street Journal reported Tuesday, citing sources briefed on the latest talks with U.S. trade officials.

U.S. Commerce Secretary Wilbur Ross visited Beijing over the weekend to negotiate on trade with Chinese Vice Premier Liu He. Members of the U.S. Department of Agriculture also participated in the talks.

The Chinese negotiators proposed a package in which the country bought more U.S. farm and energy products such as soybeans, corn, natural gas, crude oil and coal, the Journal said. Officials from both sides valued the package at nearly $70 billion in the first year.

China is willing to increase imports from other countries, including the United States, China’s state-backed newspaper Xinhua said in a report Sunday, citing a statement from the Chinese side of negotiations.

However, the statement warned that “all economic and trade outcomes of the talks will not take effect if the U.S. side imposes any trade sanctions including raising tariffs,” Xinhua reported.

The U.S.-China talks focused on reducing the United States’ $375.2 billion trade deficit with China “by facilitating the supply of agricultural and energy products to meet China’s growing consumption needs,” the White House said in a statement Monday.

The statement gave no specifics on amount or product type. A representative for the White House did not immediately respond to a CNBC request for comment on the Journal’s report.