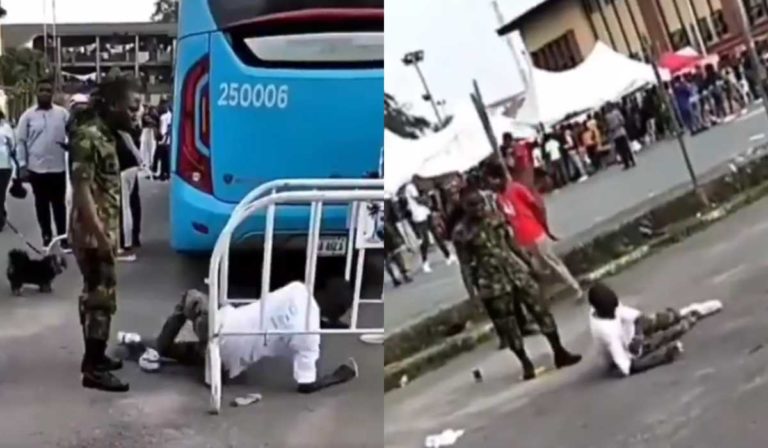 Soldier Assaults Man For Wearing Camouflage At An Event (Watch Video) A soldier was captured on camera assaulting a young man for wearing a camouflage trouser in an event.

The soldier sighted the young man during an event yesterday Saturday December 21st at Rowe park in Yaba, Lagos state and according to eyewitnesses, the boy’s offence was that he was wearing a camouflage trouser.

he soldier asked him him to roll on the floor from one end to another and at a point he is seen kicking him.

Soldier assaults boy for wearing camo trouser to an event in Lagos pic.twitter.com/bx5a1WehcJ